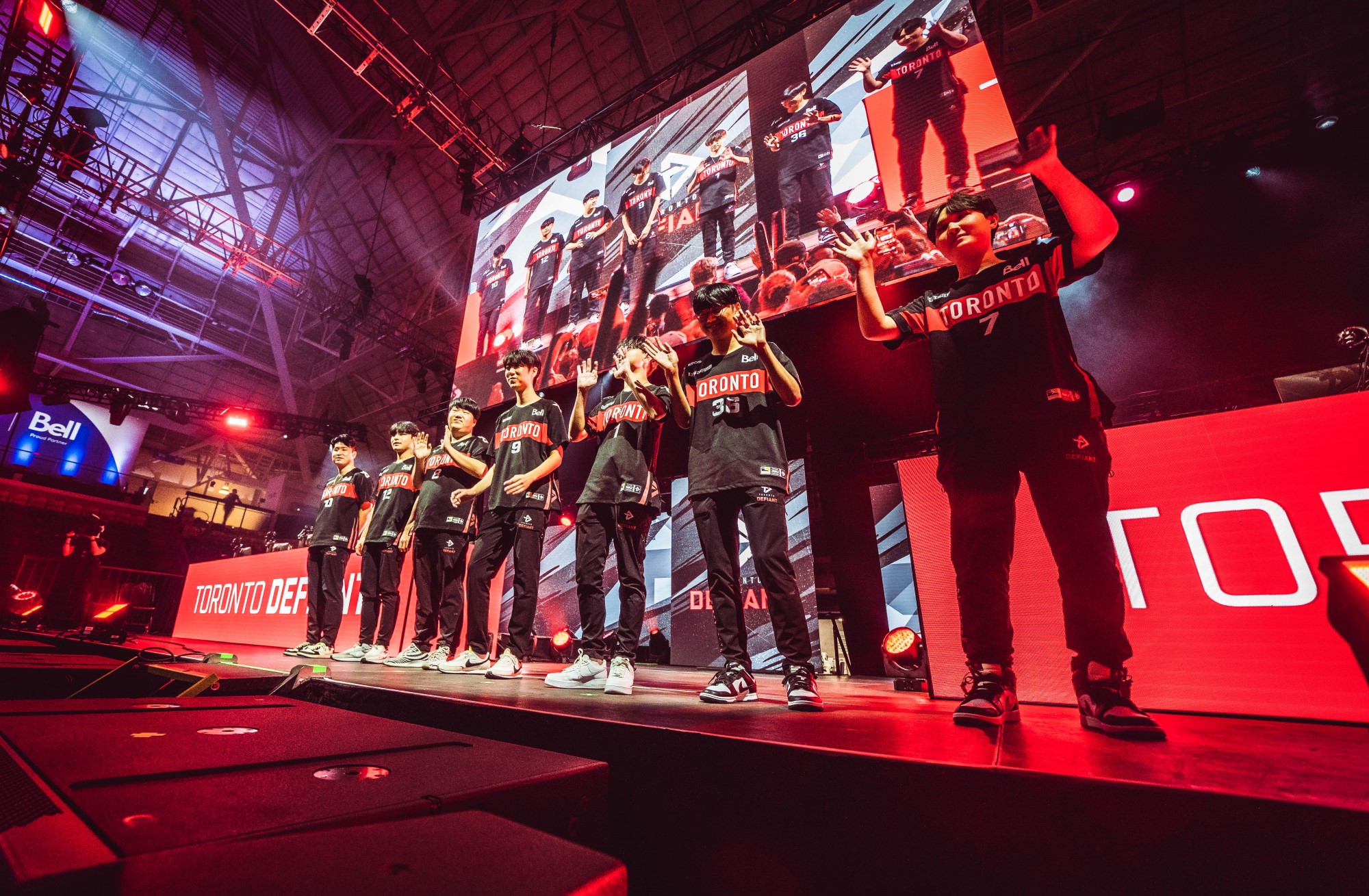 Yesterday, two West Region Overwatch League teams were sent home from the sprawling arena of the Toronto Defiant after losing their second games of the Summer Showdown tournament. Teams that survived the first onslaught moved on to today’s schedule, a figurative bloodbath that would send three more teams back across the border.

Toronto Defiant fans turned out in droves for their heroes, packing the seats and leading each other in rowdy cheers every timed their players so much as breathed. With that motivation behind them, the Defiant have seemingly upgraded every part of their strategy for the Summer Showdown. As a result, they managed to be the veritable Grim Reaper of Saturday’s events, sending two of their fellow teams packing.

The Houston Outlaws may have looked crisp during yesterday’s games, but something about the team’s usual level of DPS dominance and coordination was entirely thrown off in the lower bracket. On first map Busan, Houston looked barely awake against the Toronto Defiant as the latter team leaned heavily into well-paced aggression to win.

Houston looked a bit more together on their map pick, Hollywood, but didn’t fully click until the end of their attack push. After both teams completed the map, the Outlaws successfully held off Toronto’s attack to score one of the few draws of the 2022 season.

Circuit Royale held hope for Houston, but Toronto once again went for an aggressive, coordinated attack round and completed the map with nearly three minutes on the clock. Defiant’s dynamic DPS duo, Heesu and Although, proved that they were here to finally bring a win to the home team.

The Outlaws made the risky choice of taking the Defiant to New Queen Street, literally playing Toronto on Toronto while being physically in Toronto, and got demolished by clutch plays from Heesu and veteran support Twilight. When Heesu was asked about the match by interviewer Danny Lim, he didn’t mince words about his experience. “I was honestly sort of falling asleep on stage,” he said.

Toronto earned a short rest before facing the Florida Mayhem later in the day.

Both the Florida Mayhem and London Spitfire have spent most of the season climbing up from the dredges of most fans’ power rankings, so it’s no surprise that they gave us one of the most exciting games of the Summer Showdown.

On Lijiang Tower and Midtown, the Spitfire looked to be working with a Hadi-based hivemind, following their steadfast tank with coordinated attacks. The team’s DPS, especially Backbone, dominated the Mayhem in every avenue. Any regular Overwatch League viewer would have expected a quick 3-0.

Something in the Florida Mayhem’s ranks shifted after halftime, though. Florida is one of the few teams that occasionally switches to the Ana and Zenyatta double flex support composition, relying on the talents of SirMajed and Rupal to sustain the team. With that backline, DPS Checkmate was allowed free reign over the Spitfire on Watchpoint: Gibraltar and Colosseo, setting the Mayhem up for a reverse sweep.

Florida took a quick first round on final map Ilios, but London rallied back to take a second round. It was only fitting that these two teams brought fans to a final third round, where patient support plays and ace hits from DPS Hydron—who was named player of the match—completed the full reverse sweep.

“Things just started clicking. We got a grip,” Hydron said during a press conference, when asked what changed during halftime. “The [performance on the] first two maps just wasn’t us and we weren’t playing like ourselves.”

Most fans and analysts would have projected this upper bracket showdown to be the best match of the day, but the Dallas Fuel were all about business as soon as they walked onto the stage.

In an astonishing turn of events, the Fuel scored a clean sweep against the wildly successful San Francisco Shock. Dallas recently broke the Shock’s 21-game regular season winning streak and decided to hand them a bit more insult to injury in the Summer Showdown.

Lijiang Tower was arguably the most even match of the quick series, with likely Rookie of the Year winner Proper dealing his usual amount of exponential damage on behalf of the Shock. The orange team looked strong in the first round, but a massive ultimate from Dallas’ reliable tank Hanbin set the pace for round two and the rest of the series. Though the Shock were forced to a third map, the Fuel had already set the bar high.

Hollywood and Circuit Royale may haunt the nightmares of the San Francisco Shock for the rest of this tournament, if not the rest of the season. They looked to have their wings clipped; even though Proper was able to deal damage, the coordination and cooperation of the Fuel made the top team in the West Region look like a jumbled mess. Fuel easily took both maps and sent the Shock to the lower bracket while earning themselves an easy ticket to Sunday’s grand finals.

If those in attendance at the Toronto event wanted bang for their buck, their hometown heroes (and the ultra-motivated Florida Mayhem) were determined to give it to them in this wild five-map showdown.

Florida started the series by bringing out the clutch plays they delivered to the London Spitfire earlier in the day, but the Defiant were able to force back the tide. On Overwatch’s newest map, Paraíso, Toronto had a great attack round with lots of impressive plays, especially from support CH0R0NG, who has been a shining light in the backline. Florida’s backline had a similar showing in the Brazilian locale, though, and snatched it away.

With the series tied up, the teams headed to to Circuit Royal, where some of Toronto’s steam seemed to disappear as the rounds got longer. Once again, Florida’s clutch DPS players seemed to hit every shot, pushing the payload further than the hometown squad.

Defiant’s DPS, though, had something to say about that. On Colosseo, flex DPS Although proved that he was playing the series of his career with massively impactful Genji plays and measured patience; Toronto once again tied up the series on the Push map.

With the crowd roaring behind them, the Defiant faced a bloodthirsty Mayhem that refused to back down on Oasis. Toronto bullied Florida off the point on the first round and kicked it into high gear to close out the series, with Defiant’s perpetual hero Heesu refusing to miss a shot.

When asked how he stays calm, Heesu explained that he doesn’t, and for good reason.

“I personally think that if you’re a pro gamer without any championship in your career, that would be a failure,” he said in a post-match press conference. “My goal has always been to win a tournament, which motivates me to keep the concentration high. That makes me more involved in the game and the calmness doesn’t come in.”

The Toronto Defiant will move on to face the San Francisco Shock in the lower bracket semifinals, which will air at 1pm CT on Sept. 11 and will determine who faces the Dallas Fuel in the Summer Showdown grand finals at approximately 2:30pm CT.