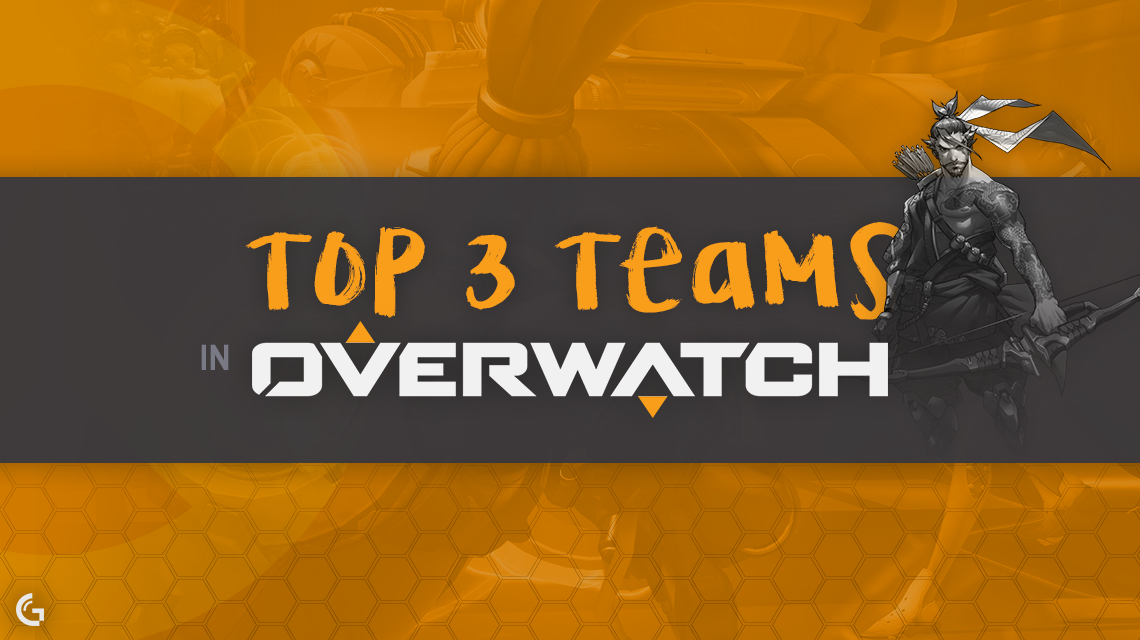 The Overwatch tournament scene is now in full throttle after the game’s official launch last month. With as little as three major tournaments and a few dozen weeklies and minors, some teams have already emerged as dominant forces in the rapidly growing competitive environment.

Cloud9, EnVyUs, and REUNITED have all developed solid reputations for themselves through consistent gameplay and tournament finishes, and while Cloud9 may be keeping a tight grip on the glory in recent standings, either one of the other rosters are poised to create an upset in upcoming tournaments in the hopes of claiming the number one spot for themselves. Other teams of note include Team Liquid, Clutch, Rogue, Gale Force eSports, and Team Eggplant.

As a result of their dominant first place finish at Agents Rising (the largest competitive Overwatch major to date), it would be hard to argue that Cloud9 isn’t currently the best roster in the scene, especially if you consider that throughout the Agents Rising tournament run they managed to drop only a single game. That loss came in the semifinals against Clutch, a team currently ranked in the Top 10 of GosuGamers globally.

Despite that single blemish on an otherwise perfect tournament run, Cloud9 was able to secure a convincing 4-1 victory over Clutch and move forward to face Team Liquid in the Grand Finals, where they took a convincing 4-0 victory against one of the other premier teams in the Overwatch scene.

Cloud9’s roster currently consists of reaver, Kyky, Adam, Surefour, deBett, and Grego. The squad was picked up by Cloud9 earlier this year after an impressive string of tournament wins under their initial name “google me” during the closed beta. Throughout this year, this squad has taken countless first place finishes from other high caliber rosters in numerous weekly and monthly tournaments.

With their first place finish at Agents Rising, Cloud9 is now able to boast a cumulative total of three first place major tournament finishes. They were able to secure wins earlier in the season against REUNITED, the number one ranked team in Europe, at both Overkill and the One Nation of Gamers Overwatch Invitational.

The team has also amassed over $12,000 USD in prize money since the beginning of March.

While all of the Cloud9 players had a very strong showing at Agents Rising, reaver has stood out amongst all other pro-players for his flashy – and effective – Widowmaker and McCree play. In game two of the Agents Rising Grand Finals, reaver was able to effectively neutralize the threat of Zombs’ Widowmaker, despite the fact that Zombs is also highly regarded for his own affinity on the character. Zombs eventually had to pull back and switch over to McCree, which allowed reaver to take control of a highly contested sniper position in the middle of Nepal where he would be able to consistently lay down enough pressure to cripple the enemy team and prevent them from efficiently attacking or defending positions.

Team EnVyUs started their Overwatch division by signing the original Team Hubris roster, consisting of Talespin, Ras, Minstrel, Stoop, and Esper. As of now, the EnVyUs roster has already gone through significant roster changes, and only Talespin remains from the original roster.

Talespin, currently listed as one of the team’s fraggers (first to breach and enter contested points), had a successful career in Shootmania, Firefall, and Nosgoth with dozens of wins  on teams such as Curse, Legion, and pX. With such an extensive resume as a professional player, it is no surprise that he was able to find a spot on every iteration of the EnVyUs roster.

In addition to Talespin, the current roster is mainly comprised of the previous IDDQD squad, INTERNETHULK, Taimou, cocco, chipshajen, and HarryHook, who were signed by EnVyUs shortly after the original squad disbanded in search of other organizations. IDDQD was particularly dominant during the end of February throughout March, where they took consistent first place finishes in the GosuGamers Overwatch Weeklies against squads like Google Me (currently Cloud9) and REUNITED.

While the IDDQD team has been consistent in weekly and minor tournaments, they have yet to win a major tournament, having come as close as third place at Overkill. Their biggest obstacle will likely be the momentum of Cloud9 who are continuing a streak of close to 30 consecutive wins.  Their most recent 4-0 win against REUNITED at King of the Watch #10 bodes well for their chances was against a rising Cloud9 roster, but they will have to translate the dominance that IDDQD had in the GosuGamers weeklies to the majors – a feat not easily achieved for a team that may still be ironing out some kinks from roster changes.

Most of the REUNITED roster originally derive from Fnatic’s Battlefield team. Plans to transfer over the roster following the closure of the Battlefield division were short-lived; the team made the decision to separate themselves from the Fnatic label and create a brand of their own, birthing the REUNITED organization that is competing today.

The roster currently consists of  Morte, 2Easy, Vallutaja, uNFixed, Winghaven, and Kruise. While the team has a long list of accolades from their Battlefield era, they have only been able to take second place at major tournaments, losing both Overkill and the One Nation of Gamers Invitational to Cloud9. They do have an impressive string of first and second finishes at five minor tournaments, so it isn’t a stretch to assume that the REUNITED roster may be at the cusp of a status quo shift in their favor.

Still currently regarded as one of the strongest teams in Europe and in the conversation of every global top three rankings, the light has dimmed a little for the European squad as they come off of that heart-breaking 0-4 loss to EnVyUs.

While it might be easy to assume that Team Liquid should be ahead of REUNITED in a conversation revolving around the top three Overwatch teams, it should be noted that at Agents Rising, arguably their first successful major or minor tournament, both EnVyUs and REUNITED were absent as participants. Liquid placed fifth or sixth in both Overkill and the One Nation of Gamers Invitational when all three of the aforementioned teams were participating. It might be unfair to call Liquid’s second place finish a fluke, but considering their previous tournament standings, it isn’t substantial enough to discount REUNITED’s ability to best them in a tournament.

Whether or not REUNITED can maintain their spot in the top three will be entirely dependent on their future performances against teams like Liquid, Clutch, and Gale Force eSports.