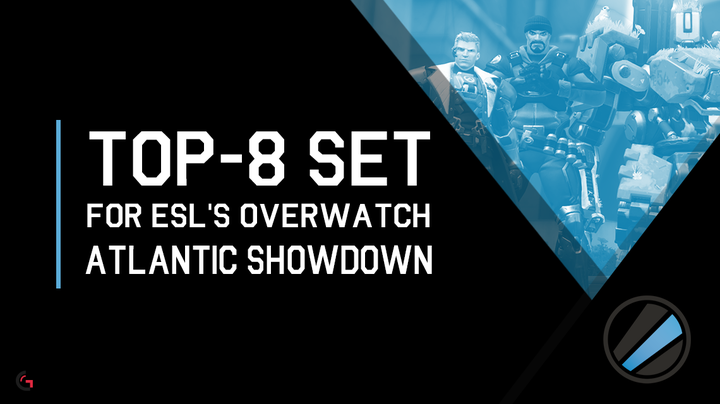 There are now eight teams left in ESL’s Overwatch Atlantic Showdown, the game’s first six-figure tournament, set to be played in Germany at Gamescom on August 20. There are familiar teams involved, such as favorites Team EnVyUs and Cloud9, but there are some surprises as well.

Joining nV and C9 out of North America are Fnatic and Team SoloMid, two teams who are pretty fresh-faced in their new organizations. While Fnatic and TSM are still not quite on the level of nV and C9, they have shown their ability to hang with some of the best teams in Overwatch thus far and should make for some good competition.

European qualifiers saw Misfits, REUNITED, Creation eSports and Rogue qualify for the final eight spots at Gamescom. All four of these teams are currently ranked in the top eight of the world according to GosuGamers, as these teams have adjusted among the best to the new meta over the past few weeks.

The biggest surpise and arguably the biggest disappointment was the failure of NRG eSports to qualify for the event. That means that Overwatch will be missing its biggest and most popular personality, Brandon “Seagull” Larned, in its first high profile and big money tournament. While those in the Overwatch scene would likely agree that NRG lags behind in the competition, it’s still disappointing to not see Overwatch’s biggest name on its biggest stage thus far.

The tournament will take place on Aug. 20 at Gamescom, with EnVyUs still the heavy favorites, as the organization boasts a current 55-match win streak.

Will anyone beat nV at Gamescom? Let us know in the comments below. Follow @GAMURScom for more Overwatch esports news and features.