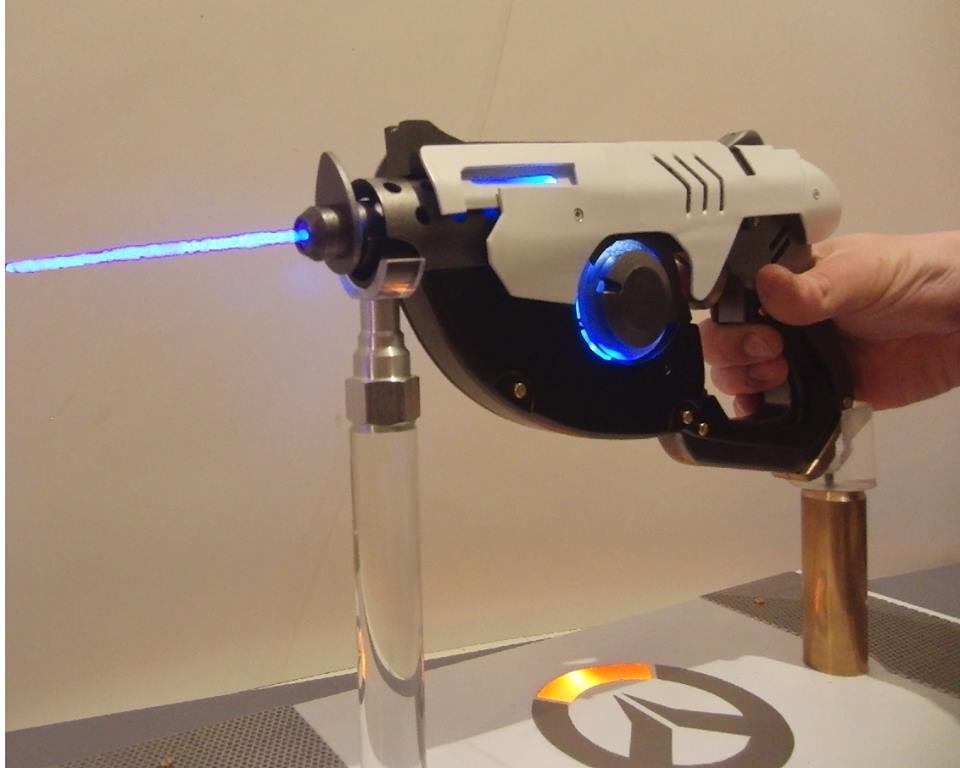 YouTube creator Patrick Priebe may have made a recreation of Overwatch hero Tracer’s pulse pistol that’s even more awesome than her in-game weapon—Priebe’s version shoots lasers.

Priebe is a prop builder with an affinity for lasers, creating custom builds and uploading videos of them to his popular YouTube channel. Many of his builds are created for clients, but the Tracer pistol is a personal project he’s been putting together for a while. “It’s one of those long-time projects that I’ve tinkered on here and there, whenever I found the time, basically,” Priebe told Dot Esports.

The laser shooting from the pistol is fully functional and pretty dangerous. Priebe demonstrates by setting a bunch of different things on fire in the video—including the Overwatch logo.

“It’s dangerous indeed,” he said. “Hit an eye and you are instantly blinded for life. Even one percent of the beam can get that done. Even a reflection would be harmful.”

He’s got no current plans to make another incredibly dangerous Overwatch weapon, but will if enough fans ask for it. “People in the comments of the video are already begging for more,” Priebe added. “I said I will make another if the video gets enough hits. The revenue will make sure I can afford another one. I don’t get any support, financially or material, so I have to buy everything myself, design parts, make it work, disassemble, spray paint, reassemble, test, make the video… every time, all alone.”

So far, Zarya’s cannon or Widowmaker’s sniper rifle are the most likely choices for Priebe’s potential next Overwatch build.