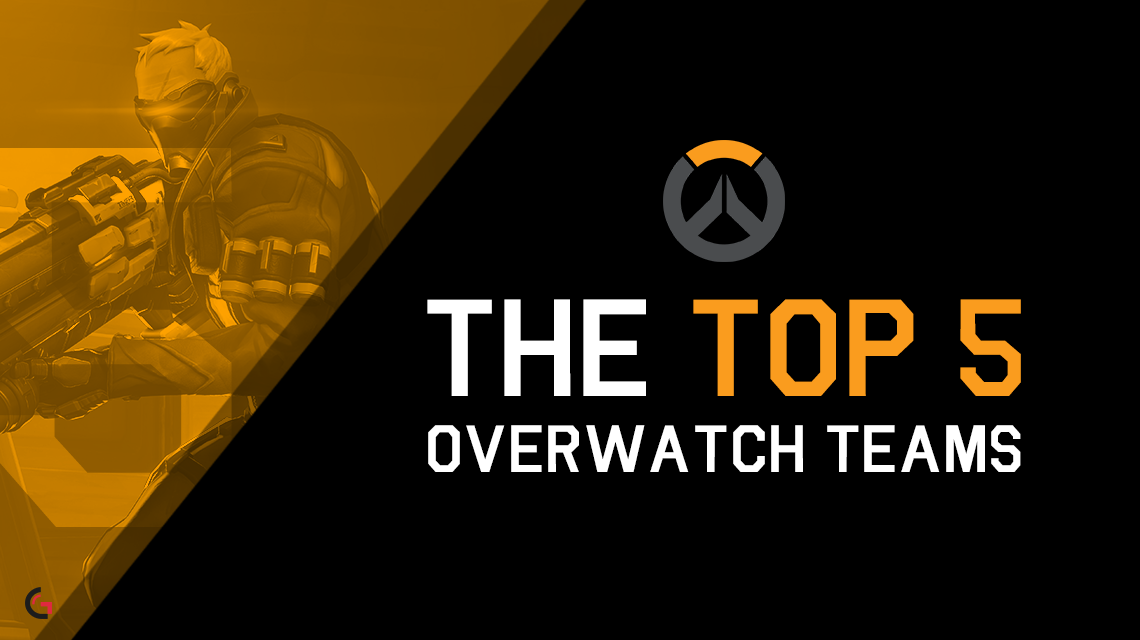 Overwatch is currently the fastest growing game in the esports industry, but which are the leading teams and what is their history?

The pick was hard for the last two or three teams that didn’t make it to the top five, however, these teams deserve an honorable mention: Rogue, Luminosity, Fnatic and Team SoloMid.

Without further ado, here are the current top five teams in Overwatch:

This was the hardest pick between Rogue and Creation. However, Creation took the spot due to their great performance lately. Even though they haven’t won a big tournament since the Acer Pro Challenge, they have managed to consistently place among the top four in all the tournaments they have patricipated in, such as The Battle, the Overwatch Open Qualifiers and the ESL Gamescom Quals for the Atlantic Showdown.

Misfits could have easily been higher in this ranking, but due to their relatively short history, they take the fourth spot. They have been dominant in most of the tournaments they patricipated in, winning the Amazon Gaming Series, The Battle, the Overwatch Open Qualifier 1 and the ESL Atlantic Showdown Qualifier for Europe. The future seems extremely bright for them and they could easily stand as the best team in Europe and potentially the world.

REUNITED is one of the most recognisable teams in Overwatch. Having transceded from Battlefield to Overwatch, they had the experience required to become serious contestants. They were the runner-ups in The Battle and have shown some great potential in the GosuGamers Weeklies. They are an organization with a long history and boast great and consistent performances throughout every tournament.

Cloud9 is considered a powerhouse in Overwatch and for good reason. Having consistenly been placing high in every tournament they patricipate in, they can almost always be seen as favorites. In fact, they usually only fall short against the top tema in this list. C9 has been relegated to runner-up in every tournament to the top team. Nevertheless, Cloud9 has earned some prestigious titles already such as Agents Rising, ONOG Invitational and two AlienWare Monthly Melees, in May and April.

The team has been leaders in the world rankings for a long time now, and are easily the most dominant team the game has ever witnessed. Team EnVyUs, formerly known as IDDQD, has been dominating the game since closed beta, with the exception of a six-week period when Cloud9 made their burst onto the scene and delivered massive performances. With a current unorthodox 56-game winstreak, they seem unbeatable and it will take a miracle for someone to move them out of the champion’s seat. They have swept every single tournament they patricipated in, in the last 2 months, with titles such as: OG Invitational, Operation Breakout, BTS Overwatch Cup and more.

Do you agree with those rankings? Do you believe someone will dethrone Team EnVyUs in the near future? Let us know in the comments below!