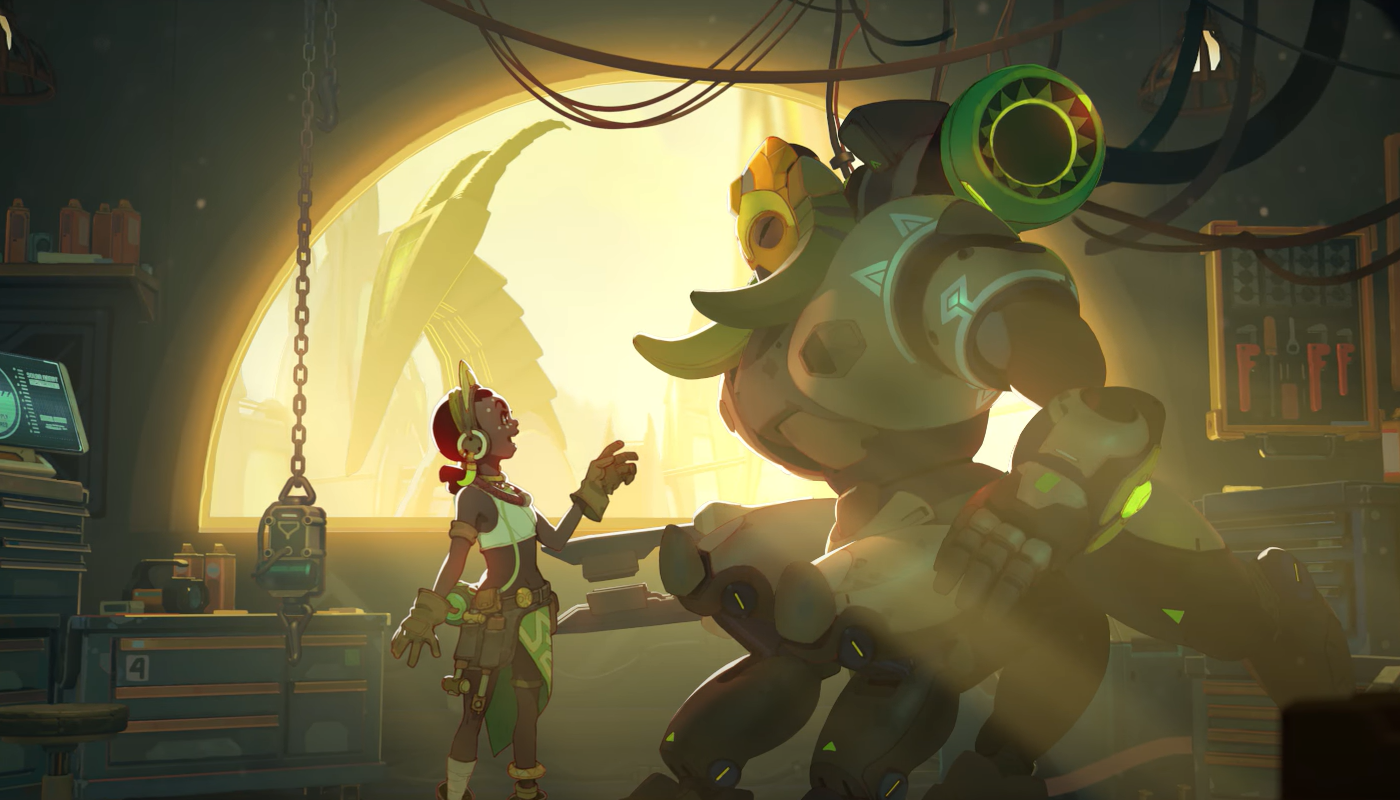 At the end of the first Overwatch game trailer, Tracer says “the world could always use more heroes.” The phrase has long been the unofficial summary of the franchise. Overwatch’s first full-length novel, The Hero of Numbani, embodies that mindset to perfection.

The young adult novel by Nicky Drayden follows Efi Oladele, an 11-year-old inventor known to Overwatch fans as the creator of tank hero Orisa. Until this novel’s publication, Efi has existed only in the margins of game lore snippets and the loving words of Orisa, fighting valiantly to make her creator proud. Drayden’s novel brings a level of ferocious humanity to Efi that will rope in any Overwatch fan.

The Hero of Numbani centers on Efi’s rise to fame within her home city and is, loosely, a novelization of Orisa’s origin story. Numbani serves as a mecca of unity between humans and omnics, the robot population in the Overwatch universe. Despite the city’s peaceful state, Numbani was a hotbed of the Omnic Crisis that the original Overwatch organization fought against.

It’s this level of chaos that Doomfist, the “Scourge of Numbani,” seeks to rain down on his home city after he escapes from jail. He partners with the criminal Talon organization to gain back his signature gauntlet taken from him by Overwatch, an event detailed in his origin story animation. Efi witnesses Doomfist’s assault on the Numbani airport to regain his power and is inspired to protect her homeland using her innate talents.

Fans of Overwatch may think they know what happens within the novel’s pages: Doomfist attacks Numbani, Orisa protects Numbani, the world regains peace. Doomfist’s reign of terror, however, acts as a backdrop to Efi’s fascinating, complicated, and realistic story.

As a prodigy in the world of robotics, Efi has fast-tracked her way through elementary classes and is working on college-level work as an 11-year-old girl. She struggles in maintaining relationships with her childhood friends, Naade and Hassana, while fitting in with older classmates and peers in the world of robotics. The story is as much about family as it is about Efi, who pushes the boundaries of her parents’ unwavering support.

Drayden effortlessly manages to weave together Efi’s professional ambitions and her simple, realistic dreams of fitting in somewhere among Numbani’s skyscrapers. Above all else, The Hero of Numbani adds a necessary backstory about the love Efi has for her city and for Orisa—a love that couldn’t be encapsulated in a series of in-game snippets.

After Efi mysteriously wins the Gabrielle Adawe Award for robotics, named after a founding agent of Overwatch and hero of Numbani, she seeks to make improvements to the city’s OR-15 protection units. Orisa might be a fully-functioning polite protector in the current Overwatch universe, but her sometimes-awkward road to glory is documented within the novel. Efi’s dedication to Orisa is by far the heart of the story and overshadows the constant threat of Doomfist.

As with any Overwatch story, good triumphs over evil. But fans will have to wade within the world of gray morality to decide whether the motivations of certain characters are truly all that horrible.

The Hero of Numbani is a must-read for Overwatch fans, especially those who fall in the book’s young adult target audience. Efi’s story will uplift and inspire anyone. But in the current climate, it’s more necessary than ever for Overwatch’s young fans to see hope.

The innate genius and undeniable success of a young, female, African character working in a scientific field hits multiple levels of representation that the community sorely needs to see. All of these traits are encapsulated within Efi, who manages to carry the weight of robotic morality right alongside her endless, adorable fangirling over Lúcio and his music.

Many Overwatch characters make cameos in The Hero of Numbani beyond those expected, like Lúcio and Doomfist. Eagle-eyed readers will notice small hints of lore scattered throughout the novel, from an old Overwatch agent list to mysterious technical glitches always flickering with bright magenta. New lore is also introduced within the story and may serve to provide hints to new heroes or backstory in the future.

Drayden’s The Hero of Numbani, published by Scholastic, is the first young adult novel set in the Overwatch universe. It can be ordered in paperback form from multiple outlets, including the Scholastic website, Target, and Barnes and Noble.