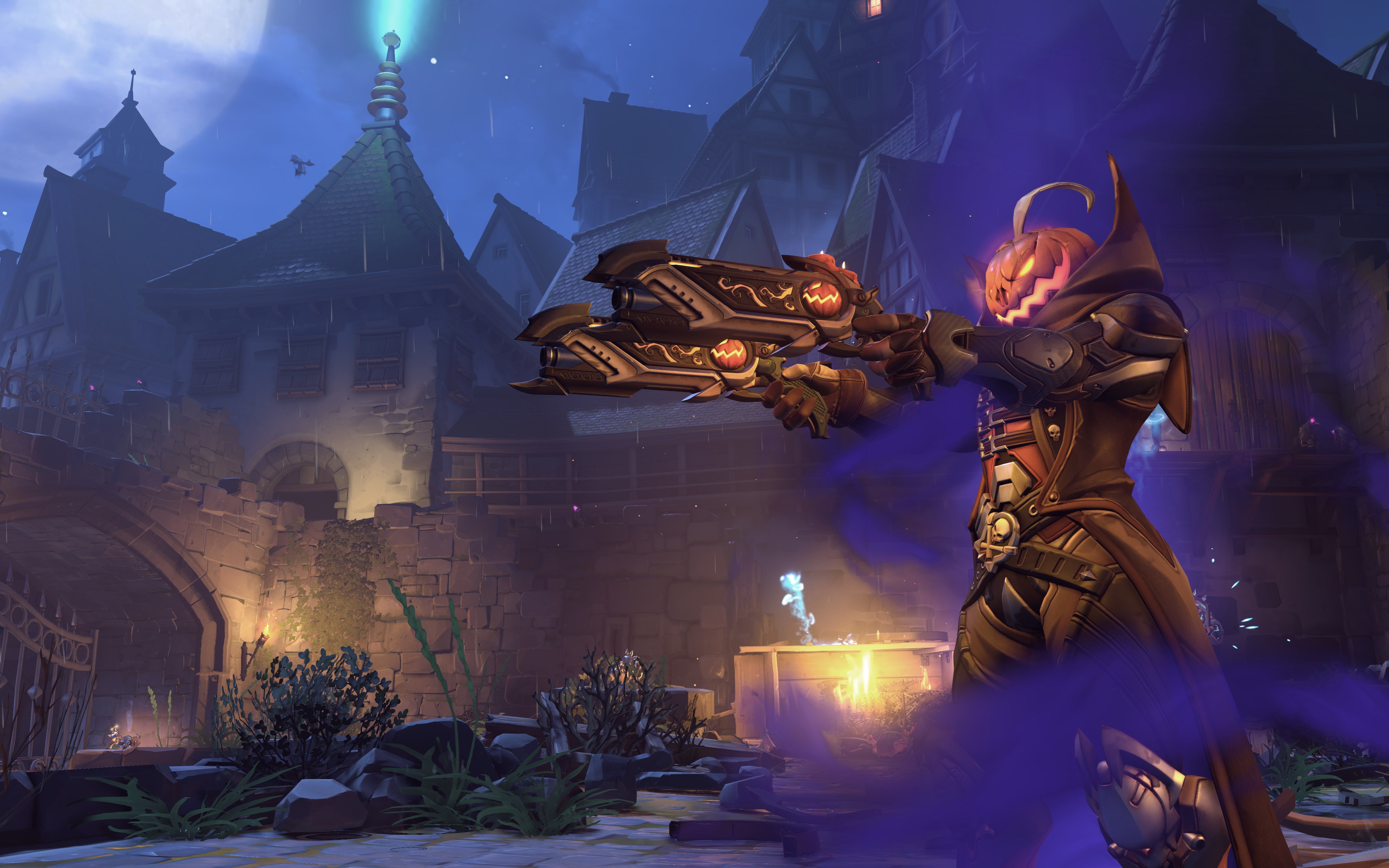 Sometimes, the most fun you can have in Overwatch is just mucking around in the fun arcade game modes. Rotating mystery heroes, deathmatches and low gravity modes bring out a unique twist to just regular Quick Play. But you can take your creativity to the next level in Overwatch’s custom game engine.

Custom games allow you to tinker with almost any element of the game—from the heroes you can pick, the stats they can have and even how fast projectiles fly. Great minds over the years of Overwatch have brought us some innovative game modes which are enjoyable to play with friends and randoms alike.

Before you go to check out the arcade section to see what’s hot this week, try out these interesting game modes to boost your Overwatch experience.

Thanks to the internet, we now have the ability to play a classic outdoors game inside—paintball. There are a few minute differences though. One is set in a futuristic universe with amazing landscapes and not much physical exertion required. The other one involves you going outside in the heat and trodding along in the dirt with a bunch of gear on your back. I know which one I prefer.

Ana Paintball takes the elements of paintball and brings them into Overwatch. You get shot? You have to sit out the rest of the round. The last man (or team) standing wins. The game mode can scale from simple one-vs-one action to fully fledged six-vs-six monstrosities. If you want to ramp up the difficulty, you can make it headshot only and style on your mates with perfect aim, or even make it free-for-all instead of team based.

It was recently featured in the Overwatch League Community Countdown where the best supports in the league duked it out on our favourite Egyptian sniper, so if you would like to see the best in the world play one of the most classic custom games check out the VOD.

Sombra is a nuisance to most teams in the current GOATS meta. Her ability to hack is obnoxious, she can retreat in an instant with translocater and melt down your squishy supports. However, in The Hidden, she must fend for herself in a one-vs-five against some of the deadliest heroes in Overwatch.

With inspiration taken from the Half Life 2 mod of the same name, The Hidden must try and take down The Hunted. The Hunted team is comprised of McCree, Reaper, Soldier: 76, Tracer, and Widowmaker, with the ability to have a maximum of two of each hero. Each hero must resort to their primary fire, melees and movement to negotiate the powerful Sombra, who only has her invisibility and melee attacks to work with.

Two hits from Sombra will take out any of The Hunted, and her ability to lurk around invisible will keep every attacker on edge. If you want to change it up a little bit, feel free to add in a 80 percent damage Mei (with no wall or ice block), or give The Hunted a little bit more utility to put pressure on the Sombra.

The 1980s classic film Ghostbusters got a revamp back in 2016 with a brand-new cast, but now in Overwatch you can undertake your own ghost-busting mission and turn some of your favorite maps into haunted ghost havens all year round.

The Ghostbusters game mode pits a team of Reapers against Zaryas, where the objective for both teams is to complete the map. With extremely fast ultimate charges the Zaryas can work together to “vacuum” the Reapers, however the Reaper’s can easily escape with smart usage of Wraith Form.

Playing this game mode during the Halloween event will allow you to enable the special edition maps for added spookiness, but it works well on all maps and map types. Everyone has a personal preference though—I quite enjoy King’s Row for the aesthetic, while Ilios can provide some innovative Graviton Surge and Shadow Step strategies from both sides, but it’s up to you.

Ever wanted to live out your anime protagonist dreams? Does slaying a giant in an intense fist-fight speak to your soul? Well, the Attack on Titan custom game mode in Overwatch is just for you.

Pitting the Survey Corps (Widowmakers) against the Titans (Roadhogs), teams must work together to eliminate the other to win. In true Attack on Titan fashion, you’ll be able to fly around the map as Widowmaker, trying to dodge all the Roadhog hooks while sneaking in your own melee attacks. One hook from the Roadhog will eliminate each Widowmaker, while five melee attacks from Widowmaker will take down the Titans.

Given the strength of Roadhog in this game mode, stacking the teams three-vs-six in favor of Widowmaker will provide the most balanced experience. But why not take it to the next level by chucking on Guren no Yumiya in the background, belting it out so your neighbors can hear it, and brawling to the death? You may as well take it the whole way.