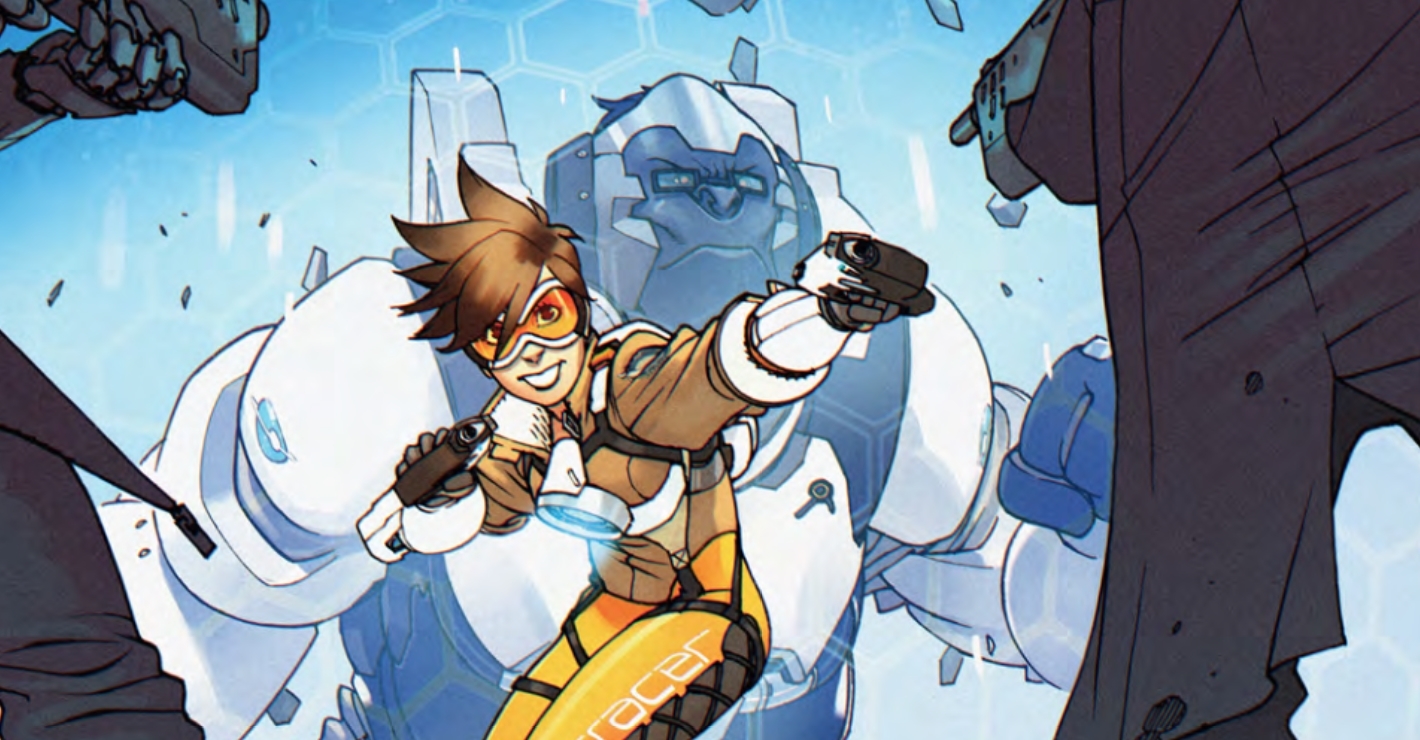 The wait is over, and the reality of the long-awaited Overwatch 2 is here! Sit down at your PC and get ready to queue up for DPS, long known as the most popular role in the game. Thanks to the new 5-vs-5 change, your queue time flies by, and you’re all set, ready to pick from the 17 heroes available in the DPS role. A cowgirl with a robot butler, a cyber ninja, and a short Swedish mechanic catch your eye.

But who is really the best choice to help your team meet your objective? Here are the five best DPS heroes to play in Overwatch 2.

Despite receiving a nerf to his kit compared to the live version of Overwatch, Hanzo, in the right hands, can be a mighty hero to play in Overwatch 2. Hanzo is a Japanese archer who can shoot multiple types of arrows, climb walls, gather information, and has an ultimate ability with some of the best zoning potential in the game.

While he is a projectile character, meaning players have to think ahead about where their shots will land after they fire, Hanzo has great long-range impact and offers a more flexible playstyle than other heroes who excel in this role. If you can’t seem to hit a shot on Widowmaker or Ashe, trying out Hanzo might be a good bet to get value in Overwatch 2. Aside from his primary fire arrows, he also has Storm Arrows which he can use at closer range to hit multiple targets. He also has an arrow that sends off a sonic signal, allowing the team to see the positions of players hit by the arrow. His ultimate ability, Dragonstrike, sends two dragons through walls that do damage to enemies passing through.

Hanzo has been a pick that has gone in and out of the meta for seasoned Overwatch fans. He also has had several changes to his kit since the original launch of Overwatch. But in the current Overwatch 2 beta, Hanzo is in a good place despite the nerf to Storm Arrow damage and is an excellent hero for all-around use on various maps. If you can master the projectile aiming style, Hanzo can be a powerful choice in many different compositions.

Mei has changed Overwatch, some of which fans speculated would significantly decrease her viability. There were even rumors that Mei might undergo a similar treatment as Doomfist and be turned into a tank hero. In Overwatch 2, Mei is still a DPS, though her optimal playstyle has shifted with her ability changes. She is still a powerful choice, specifically on maps with narrow pathways and crowded rooms, like King’s Row.

Fans speculated Mei might be reworked into a tank mainly because of her crowd control abilities. Her primary weapon, the Endothermic Blaster, used to have a CC ability that would slow enemies to a standstill. In Overwatch 2, freeze has been removed from her primary fire, and now her blaster shots only slow the target. To freeze your enemies, you’ll have to build up her ultimate, Blizzard, which for years has been one of the best ultimates in the game. Another significant change is that Mei’s Ice Wall, usually used to block choke points or shield her teammates, is now easier to break. But with the faster pace and new 5v5 playstyle of Overwatch 2, this change isn’t as noticeable as fans first feared.

Overall, Mei is a powerful choice for those that haven’t quite hit the AimLabs grind or prefer playing more of a brawl-like playstyle. Just don’t forget to use her secondary fire icicles! Her wall is still one of the best parts of her kit; use it often and make sure you play around your team with the ability. While Mei is the best at fighting in close quarters, some players might be able to find value with the hero in other areas.

As the covergirl of Overwatch, there has rarely been a time when Tracer wasn’t a meta pick (besides during the GOATS era, where no one played DPS at all). Her kit is pretty simple: two pistols with rapid fire, a high-speed burst of movement, and Recall which brings her back to where she was three seconds earlier. Tracer is easier to understand than other DPS characters with more complicated kits, but her skill ceiling is incredibly high. To be a good Tracer player, you must be aware of your surroundings and be able to track.

The good news is that Tracer is rarely a bad pick. Other heroes might be ideal in a few situations, like on maps without a spot for Tracer to escape or outmaneuver her opponents, but in the right hands, she can always have an impact. She also has had very few changes to her original kit since 2016, meaning players haven’t had to redefine her playstyle in a way they have with other heroes.

Playing Tracer is exhilarating for both new and old players, and you can’t go wrong playing as her in Overwatch 2. Another bonus to playing Tracer is she has some of the best cosmetics in the game, from emotes to skins, and will undoubtedly get a plethora of new items in Overwatch 2 once it is released in October. Work on your tracking, and you’ll be blowing up ranked games on Tracer in no time!

From the moment she first appeared in Overwatch to her minor changes in Overwatch 2, Echo has always been a strong character. There are not many differences in Echo’s playstyle from the previous game, but some aspects of her kit have been toned down for more balance. Her Focus Beam now does slightly less damage, and she doesn’t get as much HP during her ultimate. Even so, she is one of the best DPS picks in the game.

Echo’s biggest strengths are her mobility and her ultimate ability. She is one of the few characters in the game who can fly, and though her flight cooldown needs to be adequately managed to work well, it isn’t as hard to master as the cooldown of Pharah, for example. Echo’s movements are also more fluid than Pharah’s, making her projectiles easier to aim and giving her a more consistent damage output. Playing Echo most efficiently does require decent game awareness because making the most out of her Focus Beam and ultimate abilities require precise timing. Focus Beam is only useful when a target has half or less of their HP, so using it on a full-HP target or a target being healed is a waste of the cooldown.

As far as Echo’s ultimate ability is concerned, knowledge of other heroes in the game is a must because when she uses Duplicate, it is almost guaranteed that Echo will build up the ultimate ability of another hero. You also shouldn’t choose to duplicate a hero you don’t know the basics of because then Echo’s ultimate will go to waste. After playing her for a little while, getting the hang of Echo’s flight mechanisms and ability usage becomes pretty intuitive, and she is a very powerful choice as a DPS hero.

Sojourn is definitely the best DPS hero in the Overwatch 2 beta, and there is a reason she also sees a lot of playtime in the Overwatch League. She combines mobility, power, and AOE damage in a way that other Overwatch DPS heroes haven’t quite done before. Her railgun is a powerful weapon, especially the secondary fire, which can devastate any target in her path when it charges up. When Sojourn’s gameplay was first revealed, fans were ecstatic to see a railgun implemented into the game, and Sojourn lives up to the hype.

Essentially a stronger version of Soldier: 76, if long-time Overwatch players are used to the feeling of that hero, Sojourn is right up your alley. Her Power Slide ability allows her to escape from enemies, giving players a plan B in case they are in a bad position or being targeted by a pesky Tracer or Mei player. Sojourn is also one of the best targets for a Nano Boost, Ana’s ultimate ability. Nano Boost cuts damage taken by half and increases the damage the targeted hero puts out, making Sojourn nearly unstoppable.

Sojourn is also the first new hero to be released in Overwatch 2, and fans have long anticipated her addition to the game, as she plays an important part of Overwatch’s lore. Sojourn is a great pick if you’re looking to play a DPS hero because she is strong, easy to understand, and provides a brand new DPS experience for the first time since 2019 when Ashe was released.