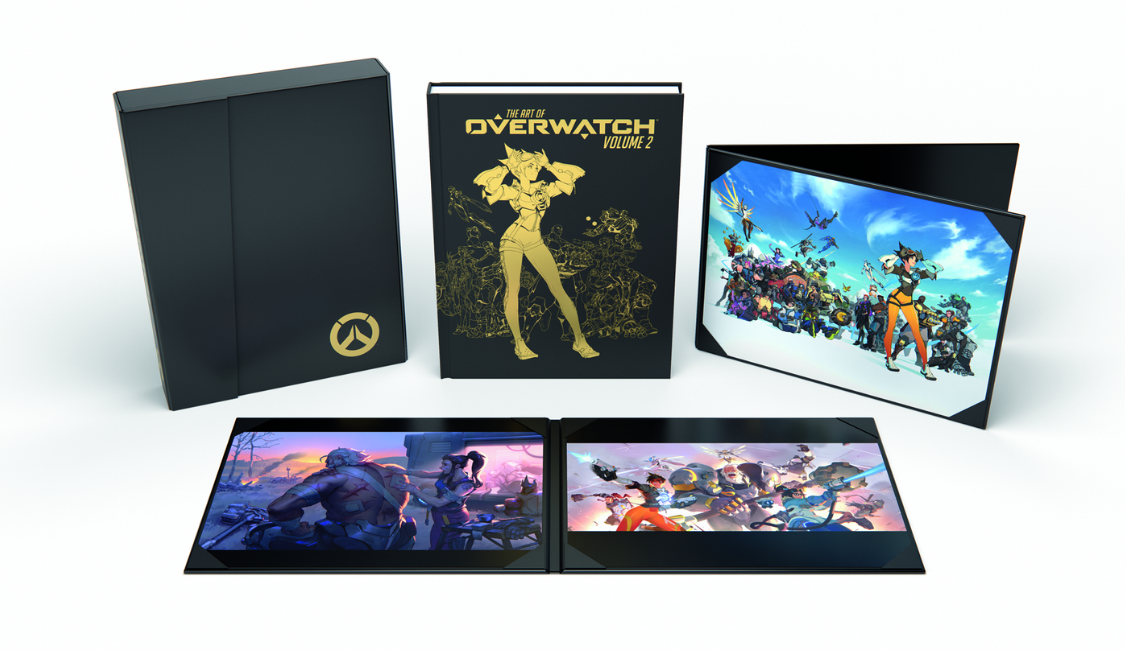 A second volume of Dark Horse’s The Art of Overwatch is coming this fall, IGN revealed this morning.

The Art of Overwatch Vol. 2: Deluxe Edition will feature a unique gold foil cover, along with an exclusive slipcase that includes three lithograph art prints, featuring some new art and Overwatch 2 key art.

IGN said the new volume is a companion to the first art book, which was released in 2017. Vol. 2 focuses on newer characters that have been released since then, like Doomfist and Echo. There’s also an emphasis on new modes, levels, skins, and cinematics.

The book is written by Blizzard senior writer Matt Burns. Some of the contents of the book will even focus on the upcoming Overwatch 2, which has no known release date at this time.

The art book will be a cool addition for collectors but a tough consolation prize for those looking forward to Overwatch 2. At BlizzCon, Blizzard confirmed that the sequel would not be coming out in 2021.