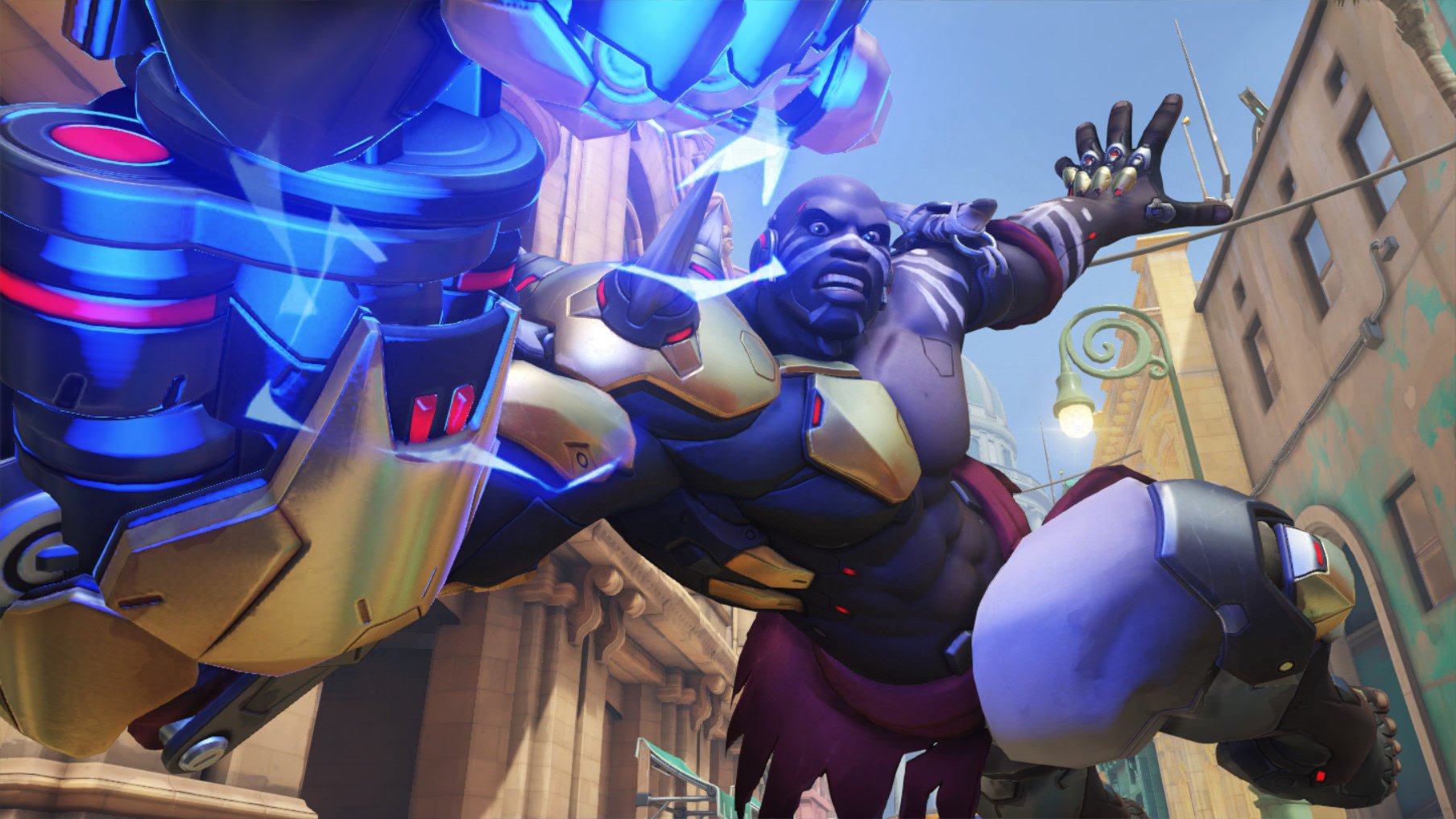 Overwatch flankers thrive by taking improvised, unorthodox paths to surprise their enemies. A little-known Doomfist flanking route on Blizzard World surfaced earlier today and it could give players an opportunity to ambush the enemy team—if the circumstances are right.

Traversing the map takes a combination of Doomfist’s Rocket Punch and Seismic Slam so that the character can hurl himself across a large gap and avoid environmental dangers.

The obscure flanking route takes place between the first two objectives on the hybrid map. When leaving the attackers’ second spawn, located in the in-game Snaxxramas, teams can either follow the payload’s path and run through a chokepoint or take a tunnel to go deeper into the second stretch. The flanking route provides a third high-risk, high-reward option.

The route starts close to the entrance of the tunnel. A Doomfist player can use the hero’s Rocket Punch to propel himself across the water and use the seismic slam to close the gap and step onto firm land. If executed properly, the character should land near the mini health pack close to the end of the second point, effectively bypassing a significant chunk of the map.

There are several risks that come with taking this route, however. Doing so will burn at least two valuable cooldowns and it’s unlikely that players will be able to secure a kill with the seismic slam, effectively forcing a few seconds of downtime after landing. There’s also a nearby tunnel that presents a slower, yet safer alternative to the path when it isn’t being patrolled by the enemy team, but taking it can add a few seconds to the time.

The route still presents a series of benefits in specific circumstances. Assuming the teams are fighting close to the end of the point, the flanker would be in a favorable position to join the battle from behind and pick up an easy kill or to dive into the enemy backline and take out the supports.

The spent cooldowns can also be recharged by using Doomfist’s ultimate skill to close the gap after landing, which can be especially useful in clutch situations and for aggressive play.

It also provides an alternative in the uncommon event that the tunnel is being held by enemies and can be used as a last-case getaway for a defender who needs to shake off pursuers. The path can be used by airborne heroes like Pharah and D.Va, who can fly safely across the water.

The flanking route is situational but can potentially be useful in specific scenarios. It can also be used by characters with high mobility, such as Pharah and D.Va, who don’t rely as heavily on cooldowns as Doomfist. Pharah, in particular, can benefit from the path due to her ability to attack at range. It’s a risky, situational spot that might just pay off in the right circumstances.