Who is Sigma’s voice actor?

Meet the man behind the voice. 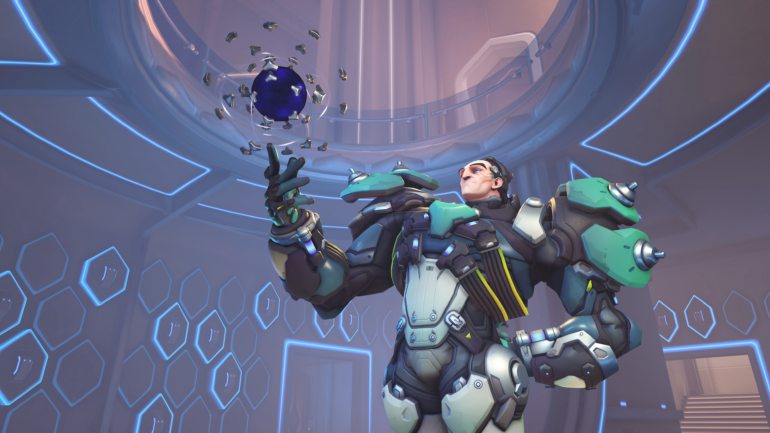 Blizzard Entertainment unveiled Overwatch’s newest hero, Sigma, earlier this week, and fans have quickly fallen in love with the mad scientist. To celebrate Sigma’s reveal, the Overwatch developer released Sigma’s very own origin story in which he narrates his descent into madness.

Sigma’s origin story follows the Dutch scientist as he attempts to harness the power of a black hole. When his experiment goes awry, he is deemed a threat to humanity and is locked up in a secret government facility. The shady organization of Talon then seizes the opportunity and swoops in to free Sigma, adding him to their ranks.

The origin story is fully narrated by Sigma’s voice actor, Boris Hiestand. And between the brief moments of madness and those of clarity, Hiestand had a hefty task on his hands when faced with the challenge of voicing Overwatch’s derailed scientist. But Sigma’s origin story wasn’t the first time the actor has taken on such a task.

Hiestand has voiced a number of characters in video game titles outside of his role in Overwatch, including the voice of Marl in BioWare’s Anthem and Antanas in Lords of the Fallen. His voice has also appeared in several TV series and movies, such as “Dennis & Gnasher: Unleashed!,” a children’s animated series.

Most notably, however, the Dutch actor carries an extensive record in the animation department. He served as a senior animator on the “Guardians of the Galaxy” series, as well as “Hotel Transylvania” and “Harry Potter and the Order of the Phoenix.”

Overwatch fans will be able to hear more of Hiestand’s contributions to the character of Sigma as Blizzard begins slowly releasing the hero’s voice lines on the game’s Public Test Region, where he will remain for further testing before going live in a later patch.