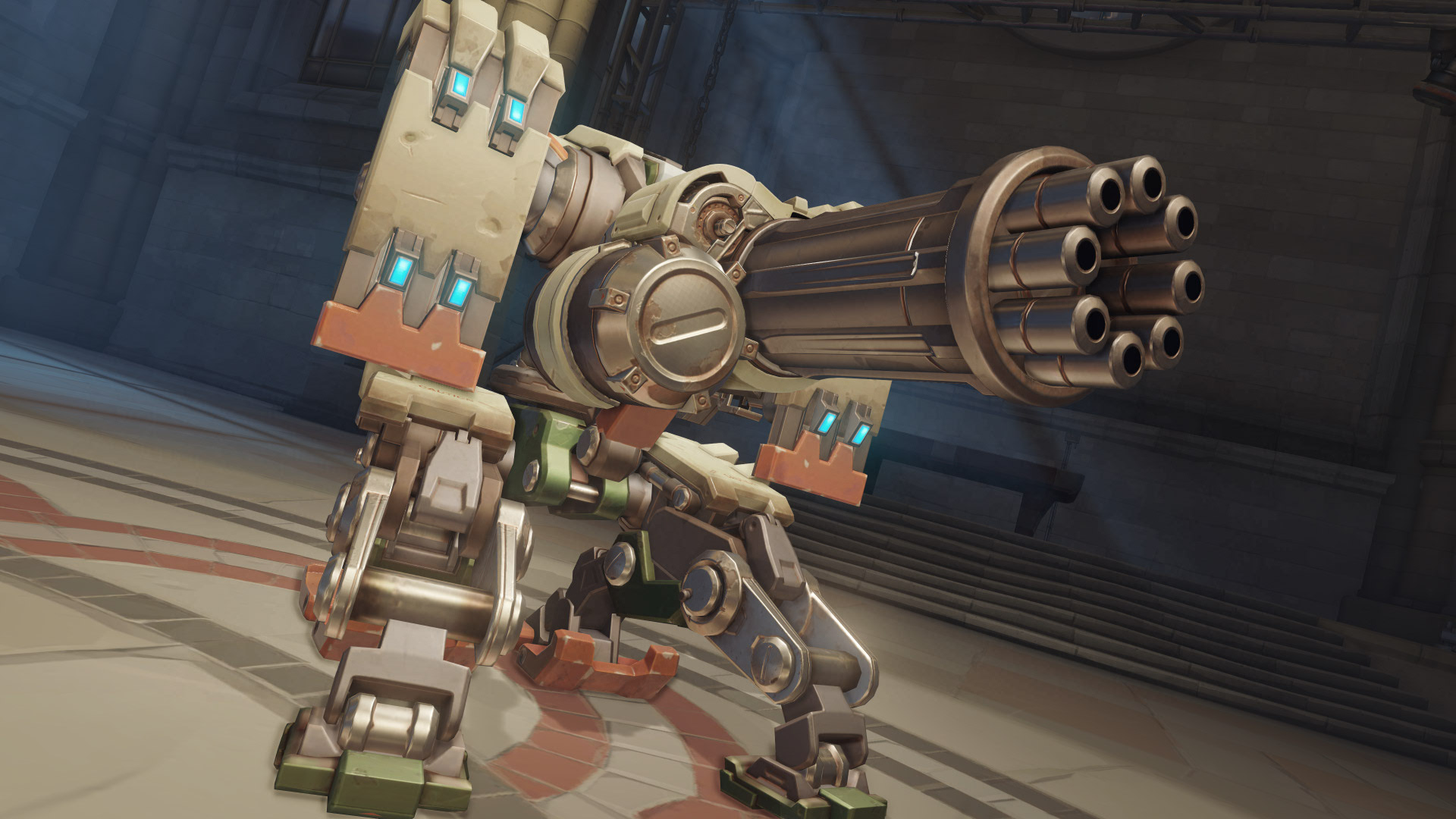 Adjustments to the omnic hero improved Bastion’s viability in competitive Overwatch, spreading its power across both its recon and sentry configuration modes. And on capture point map Oasis, Seagull and his NRG Esports pals are figuring out some, uh, creative strategies to use that power.

Heading to Oasis’ jump pad on the map’s city center capture point, Seagull, on Bastion, and NRG teammate Seb “numlocked” Barton, on Reinhardt, align themselves so they’re jumping together. At the top point of the jump pad, they’re able to see just into the capture point—making Bastion an especially hard target to hit, as its moving and protected by a Reinhardt shield.

To Seagull and numlock’s surprise, the other team is flanking around the back of the jump pad to attack. A ridiculous in flight battle ensues, with at least four enemy players absolutely destroyed by Seagull’s bouncing Bastion.

Soon after, Seagull launches himself from the jump pad as a powered-up tank Bastion to blast a mid-air Genji right in the face. If the competitive Overwatch meta is anywhere near this ridiculous, we’re in for a good season.