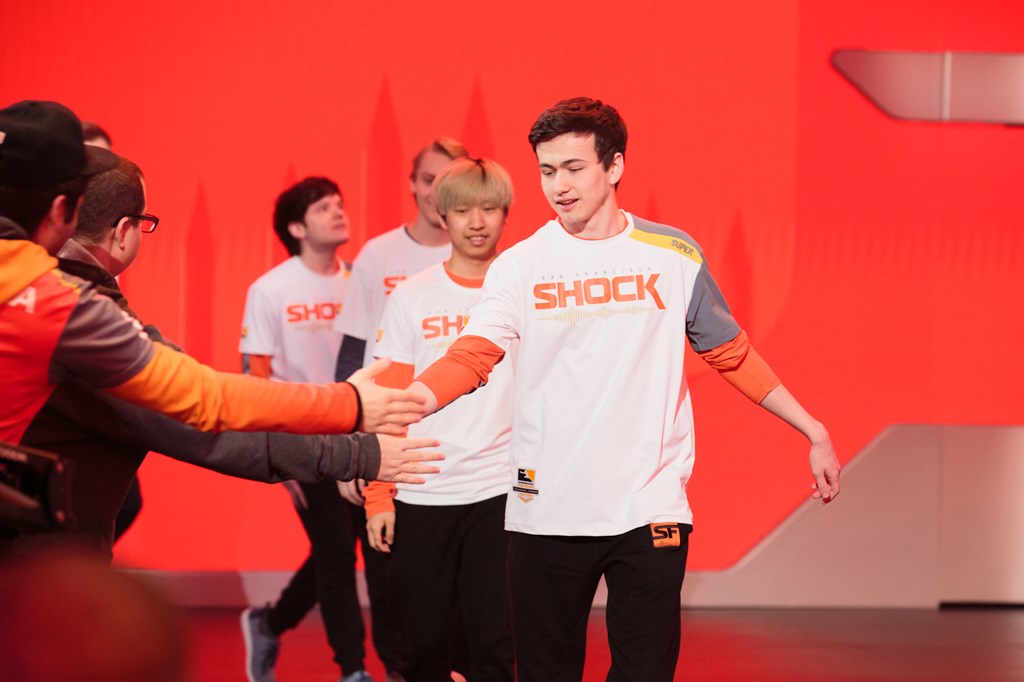 Seoul Dynasty’s struggles continued Friday night in the Overwatch League as they fell to a rising San Francisco Shock side, who dealt a big blow to Dynasty’s quest to win the Pacific Division.

San Francisco may only have a 13-19 record in OWL after last night’s 3-1 win, far behind Seoul’s 19-13 mark, but Shock actually placed ahead of Dynasty during stage three, and both teams seem to have maintained that form through the break.

Shock took the series on the back of their dive compositions, which comes as a surprise in the new Brigitte meta. Despite Brigitte’s presence, they favored Jay “sinatraa” Wong on Tracer and Park “Architect” Min-ho on Genji and Widowmaker, with a Winston and D.Va tank line. Both Sinatraa and Architect had a solid series, including some incredible Dragonblades from Architect—and a ridiculous four-kill to secure the round on Horizon.

Unlike their match earlier this week, Dynasty introduced Brigitte into their compositions with Choi “Wekeed” Seok-woo wielding the Rocket Flail. But his performance was a bit uneven and his swaps to Brigitte often came a bit too late, allowing Shock to force the issue and score the win despite diving into her armor and peel.

This match was incredibly important for Dynasty. The team is in a heated race with Los Angeles Valiant for the Pacific Division title. The winner receives a bye in the OWL playoffs and a bonus worth $50,000 in prize money. Seoul are lucky they don’t have New York Excelsior, Boston Uprising, or London Spitfire in their division. But they’re falling behind Valiant by losing matches like this one, and their schedule gets tougher next week with Excelsior on the docket.

Dynasty seemed to panic near the end of stage three, moving legendary support player Ryu Je-hong to the main tank role in an effort to band-aid their problems with coordination. While Ryujehong’s main tank play leaves something to be desired mechanically, it has improved their teamwork, especially in dive compositions. But that hasn’t had an impact on the standings with Dynasty now 1-3 after the role swap. The introduction of Brigitte may make the swap even less impactful. Ryujehong had his hands full learning Winston, but now he’ll need to spend time on Reinhardt, too.

Yesterday’s match showcased both team’s limitations. Shock certainly improved through stage three and they showed it again on Friday, but they also relied almost exclusively on dive compositions. That’s not going to be a stable strategy in the Brigitte meta with her anti-dive tools shutting down those compositions on many maps—which Wekeed showed on at least Oasis. Both Dynasty and Shock need to find more answers for the current metagame or they’re going to have a rough stage four.

That’s more important for Dynasty, though, with playoffs in their future and a division title in their grasp. Shock aren’t yet mathematically eliminated from playoff contention, but they’ll need a nearly perfect stage to get in. Their new coach, Park “Crusty” Da-hee, worked miracles for Boston Uprising, but even that’s likely beyond his grasp, especially in this new meta.