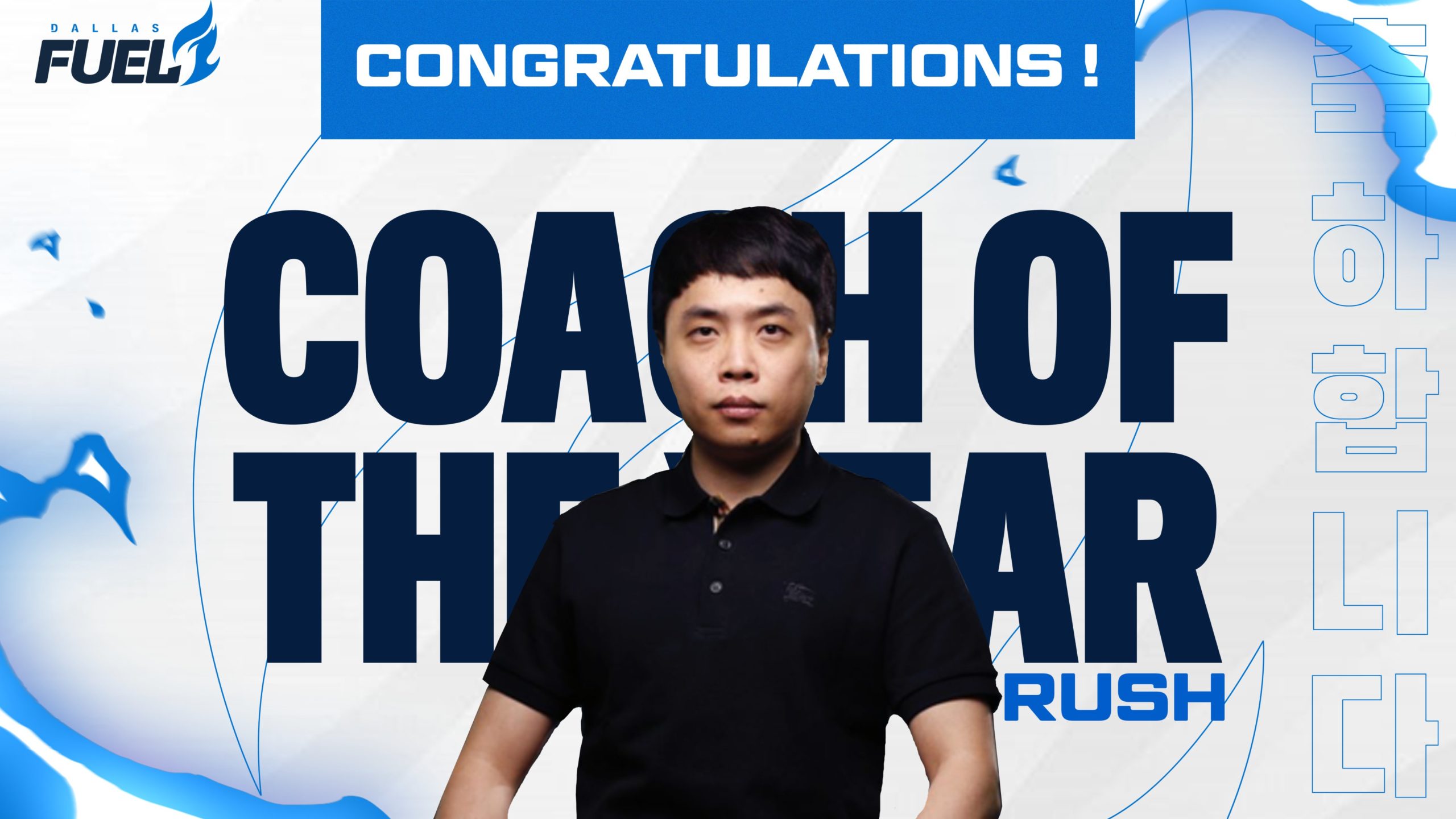 Dallas Fuel coach Heewon “RUSH” Yun has been selected by his peers and Overwatch League officials as the Coach of the Year for the 2021 season.

This is RUSH’s first season with the Dallas Fuel, and he led the team to victories quite a bit this season, with the team attending three out of the four tournaments this year. RUSH joined the Fuel before the season started and helped overhaul the roster.

“Bringing on RUSH reinvigorated this franchise and has delivered nothing but results,” said Mat Taylor, general manager of the Fuel. “He’s been a true leader and adapted to the season’s changes in play style, meta and match format all while keeping our players performing at a high level. In my mind, there is not a coach in the Overwatch League that thinks more strategically about what it takes to win the league.”

The team came out of the gate with many surprises, whether it was adapting to losing situations quickly or coming up with unorthodox compositions for his team. Specifically, in the first tournament of the season, the May Melee, the team found themselves in the middle of a hitscan meta and few players who are masters on hitscan heroes. They were still able to make their way through the regular season, to the May Melee bracket, and sit atop the throne even though they didn’t play the meta.

It is no secret that the Fuel were incredibly successful this year, and RUSH was a massive part of that success. The Fuel finished 11-5 in the regular season and first place in the West region. They are currently making a run in the playoffs, and are looking to take the title of grand finals champions later this week.