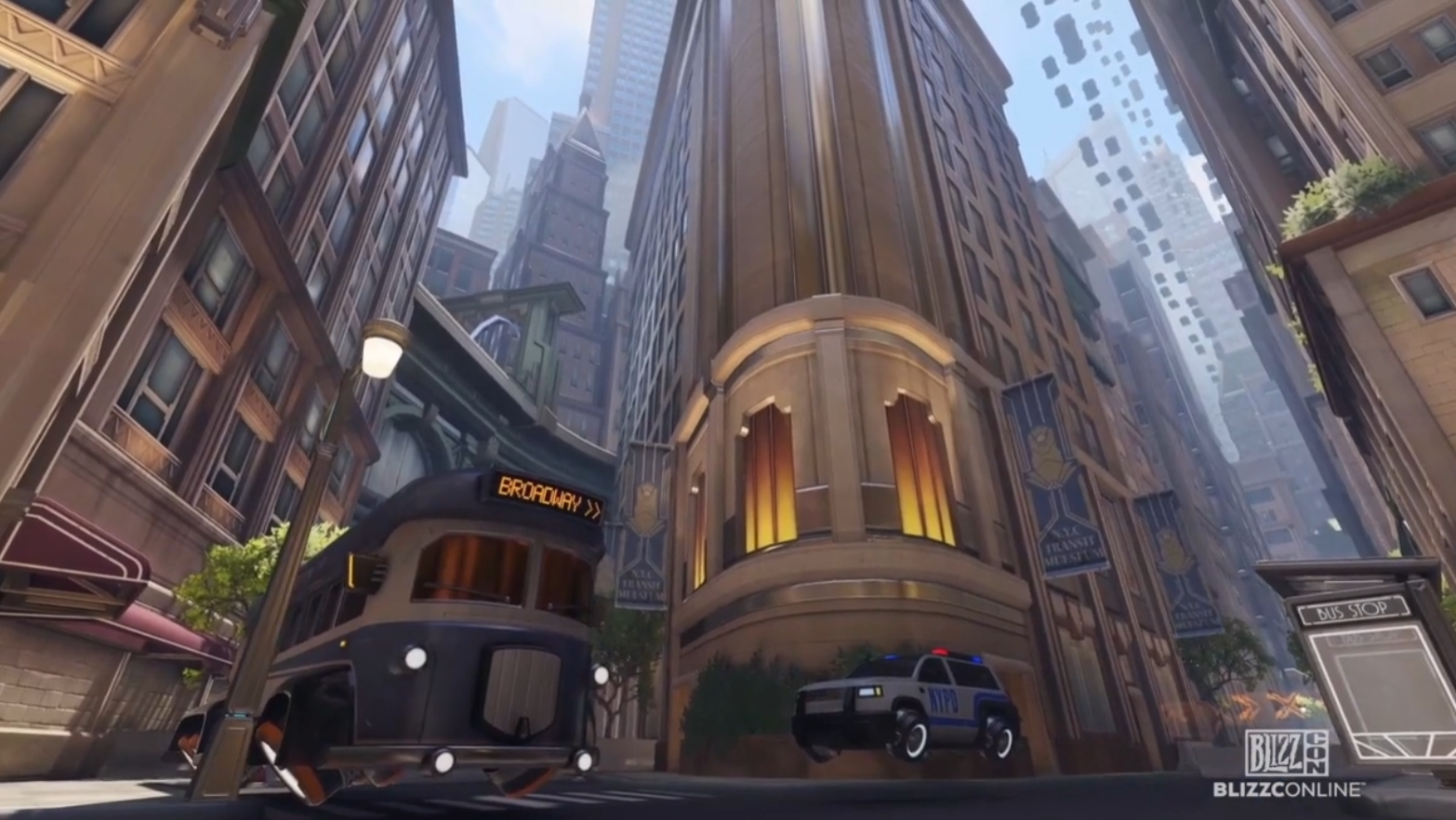 Overwatch may be an objective-based game, but the series’ maps add a critical level of immersion for players.

The game’s sequel, Overwatch 2, will include multiple new maps that feature global locations. Developers showed off two new locales, Rome and New York City, in a behind-the-scenes panel for Overwatch 2 at BlizzConline.

Rome is an expansive map with corridors and stone streets going through a city full of sunlight. Famous locations like the Colosseum make an appearance, but the real highlight is the architecture and art design the team focused on. It’s too early to tell, but Rome’s winding streets would lend themselves well to a Hybrid or Escort map.

If one major travel hub wasn’t enough, New York City is also on deck for Overwatch 2.

The city has been re-imagined with an “art deco” twist and shows off landmarks like Grand Central Station and Broadway. Game footage later shows heroes like Tracer and Winston battling it out on a futuristic downtown street.

“We’re really trying to make it as authentic as possible while still putting this Overwatch spin on it,” said associate game director Aaron Keller.

Additional maps for Overwatch 2 were revealed at BlizzCon 2019. A playable demo mission took place in Lúcio’s hometown of Rio de Janeiro, which will also include related PvP map. Toronto was introduced as the site of a new game mode, Push.