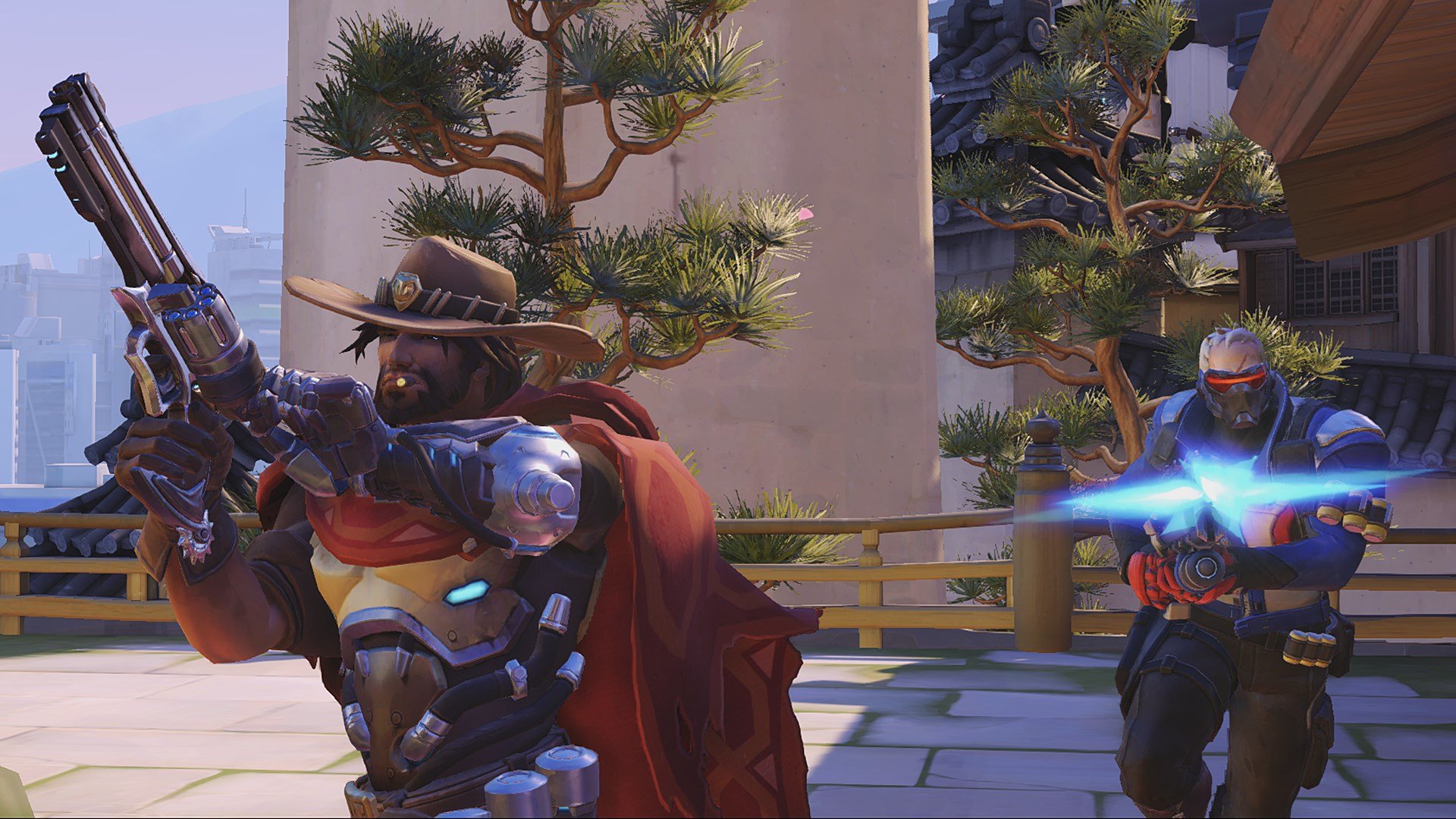 The recent balance changes in Overwatch have more casualties than just McCree’s pick rate. Several top tier teams, including one of Europe’s best, are making roster changes partially in response to the patch.

Eric “2Easy” van Hoorn is being benched by Reunited as his long-time team tries out other players in his carry position. The 24-year-old Dutch player, as famous for his mouth as his fragging, wasn’t happy about it, especially considering the commitment he’s recently put into the game:

From not enrolling for my master degree to play OW fulltime, to get benched. pic.twitter.com/VTk4xlHQaj

It’s a surprising move considering van Hoorn’s relationship with his teammates. He’s competed with four of them for years, including time under the Fnatic banner when they were considered best Battlefield 4 team in the world. Before that, they’d competed in other games together. He’s one of the founders and co-owners of Reunited, the player-owned organization his team created when they left Fnatic to forge their Overwatch future. Reunited remains one of the few top-tier Overwatch sides to remain independent as big money esports organizations ramp up their investment in the scene.

The team informed van Hoorn that they wanted to try out other players in a team meeting, he told the Daily Dot. The team declined to comment on the move.

“They think that we are doing bad since the patch because I am vocal when things go bad in teamspeak,” he explained. “The last few weeks I had a difficult time, personal life and study. I think that’s why I was being more ‘toxic’ than normal.”

Four days ago, van Hoorn presented his bachelor thesis, meaning he’s had less time to spend in Overwatch as he finished up his studies. “But also family situation isn’t going to well,” he said. That, combined with a balance patch that shook up the meta, was a recipe for trouble.

He feels that the team was performing better in practice since he finished school last week, but apparently that wasn’t enough for his teammates.

Reunited has long flirted with being the best team in Europe, but usually fell just short to teams like Melty in the first beta session, iddqd in the next, and EnVyUs more recently. With the game’s recent release, though, it looked like Reunited had finally seized the throne. But the balance changes to McCree and van Hoorn’s favored Widowmaker seemingly ended that reign as fast as it began. The team has slumped since the patch, falling to European rivals like Creation Esports, Misfits, and Rogue.

Reunited seems to struggle with adapting to patch changes dating back to the beginning of the closed beta session, but van Hoorn feels that isn’t an issue with him. “I am already the most flexible player in Reunited, so can’t be the reason,” he said. “I basically play everything except support and Pharah.”

Even so, it’s hard to deny the impact it’s had on Reunited and their results. They are hardly the only team to struggle with adapting to patch changes, especially after a meta period where McCree and Widowmaker were so strong. The combination of nerfs to the two heroes has wrought havoc on many a lineup. In shooter games, there are two types of weapons: Hitscan, like McCree or a Quake railgun, where damage is dealt instantly to a target in a crosshair, or projectile, like Genji shurikens or Quake rockets, where a gun spawns a moving projectile.

The two different types of guns take different types of aim to be effective. Hitscan is based on precision, accuracy, reaction time, and crosshair placement. Projectile weapons focus on prediction and reading your foes. The best players are good at both, but usually specialize in one field. On Reunited, Henrik “Vallutaja” Kinks played McCree almost exclusively before the nerf thanks to his superb hitscan aim. You likely won’t see him playing Pharah much, as he excels in a hitscan role. That was similar to van Hoorn, a top notch Widowmaker player. But with the nerfs, the meta has shifted to focus more around heroes like the rocket-toting Pharah.

That’s left some teams who relied on those classes struggling to adjust, prompting teams to make changes in the carry and support roles. Luminosity Gaming cut their Mercy player James “Esper” Southall earlier in the week. Rogue and Creation Esports are engaged in a dispute over their supports. The Nubris lineup fell apart, with two players filling in with Team Liquid’s two open lineup spots and others looking for new teams.

Of course, making a knee jerk reaction to metagame changes is likely ill advised. The metagame could easily shift again to be more hitscan favored. Teams must be versatile and able to adjust, no matter which heroes are powerful at the time.

Considering van Hoorn’s history with Reunited, they certainly aren’t making a reactionary change. For one, van Hoorn has equity with the team, meaning they’ll likely need to buy out his share to remove him from the roster.

But it’s also hard to imagine they’ll replace van Hoorn, a player they’ve succeeded with for years prior to Overwatch and within Overwatch. He says they haven’t had similar problems in their long history together, so perhaps the extra competition in Overwatch is making an impact. Perhaps he’ll return to the lineup once Reunited has exhausted their other options and realized the grass may not always be greener. But even if they ask him to come back, van Hoorn isn’t sure how he’ll respond after this.