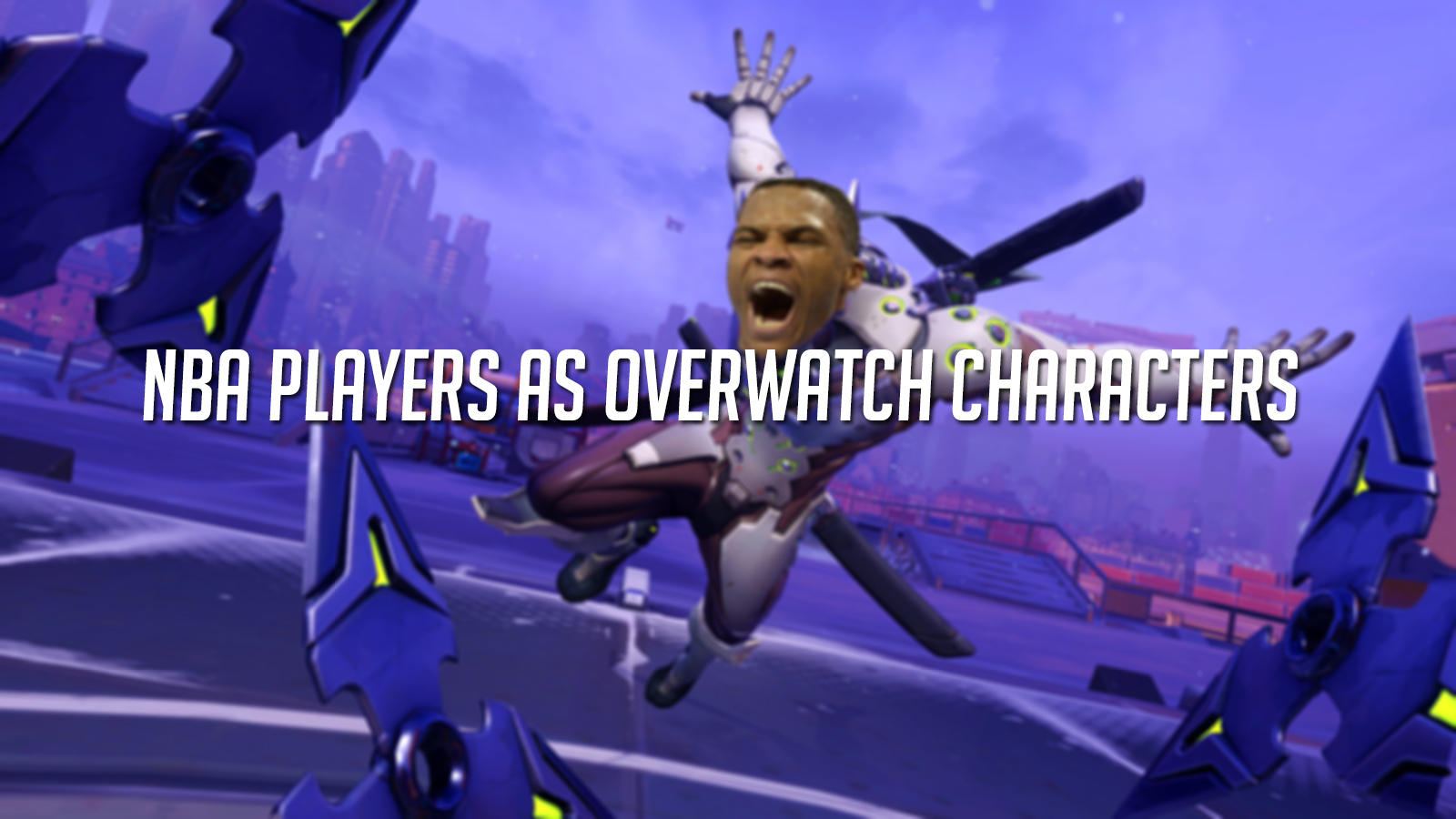 With the news that the Philadelphia 76ers have purchased the Dignitas and Apex esports organizations, and the announcement the following day that the aXiomatic investment group (featuring two NBA owners and Lakers legend Magic Johnson) had acquired controlling interest of the Team Liquid organization, the relationship between the NBA and esports is blossoming into a full-on romance. Lots of esports organizations are now owned, at least in part, by someone from the world of professional basketball: Dignitas, Apex, Liquid, NRG (Shaq), Echo Fox (Rick Fox), Renegades (Detroit Pistons forward Jonas Jerebko). Don’t be surprised to see other players get involved in the near future, like Nets guard and Dota 2 fan Jeremy Lin, or Utah Jazz forward and avid LoL enthusiast Gordon Hayward.

But as the worlds of sports and esports grow closer together, the world of esports also continues grow. One of the more up-and-coming titles in esports is the Blizzard class-based shooter Overwatch. Just weeks ago, ELEAGUE held their inaugural Overwatch open, featuring a $300k prize pool, noted CS:GO commentators Anders and Semmler, and several notable esports organizations who have stepped into the game’s new competitive scene. As someone who watches and plays a ton of both Overwatch and basketball, I couldn’t help but notice some NBA players who reminded me of some of my favorite characters…

In the lore of Overwatch, Genji finds himself at peace after the relationship between himself and his older brother crumbles. While the ultra high energy Westbrook may not seem like a player at peace when you watch him play, he is now in control of his own destiny, and the physical comparisons are almost spot on.

Genji and Westbrook are two of the fastest players in their respective games. Westbrook, like Genji, is incredibly fast and agile, and can go on the attack as well as play strong defensively. Genji has an ability called Deflect, allowing him to redirect all incoming attacks for a couple of seconds. Westbrook is also a master of deflections, whether it be balls in the passing lane, or asinine questions from reporters. Genji’s ultimate is a lightning fast series of attacks up close, which perfectly describes Westbrook’s offensive mindset.

And the cherry on top? In the lore, Genji is betrayed and abandoned by his brother Hanzo, for the sake of Hanzo’s “clan of warriors”…

As Hanzo is the big brother to Genji, Durant was viewed as the big brother to Westbrook during their eight seasons together in Oklahoma City. But all good things must come to an end, as Durant opted to join the Golden State Warriors this offseason, in a move that catapulted Durant into the role of villain for at least the upcoming season. Both Hanzo and Durant abandoned their brothers for the sake of their clan of warriors, and while Hanzo eventually felt remorse and left the clan shortly afterwards, it’s unknown what Durant will do next when it comes to his clan of Warriors.

Physically, Hanzo and Durant both play similar styles. Both are two of the absolute deadliest sharpshooters in their respective games, and the further they both are from their targets, the more damage they can do. Both are also surprisingly quick and nimble given how large they are. Both also share an ultimate, in which they blast through walls and devour anyone in their path. Regardless of your opinions on Durant’s decision, there’s no question that the Golden State Warriors are the toughest premade team composition in the game right now. GL,HF to anyone who faces them, but mostly, good luck.

As a Reinhardt main, I can’t think of a better comparison to my beautiful German cinnamon bun than Sacramento Kings big man DeMarcus Cousins. Both Reinhardt and DeMarcus are two of the biggest, toughest guys in their games, but it’s the finesse that each play with that makes them so similar. Reinhardt’s charge and fire strike abilities both require a decent amount of precision to hit properly, just like DeMarcus has one of the softest touches in the game. He’s not just a big guy, he can pass, shoot from outside, run the fastbreak, and hold it down defensively.

And while they both look like big, menacing guys, at their cores, they’re a couple of sweethearts with good intentions. As for ultimates, both possess the ability to drop the hammer and floor their opponents. Both also have their own new castles, with Cousins residing as a king of the new Golden 1 Center, and Reinhardt’s new home map of Eichenwalde. Well, he may not be the king of it, but his name is carved into the bar table, so it’s close enough.

Now, you basketball fans are probably wondering why the seven foot tall Whiteside who plays for the Miami Heat is compared to a tiny girl who freezes people. Well, there are a surprising amount of legitimate comparisons between Whiteside and Mei. For one thing, both are defensive masterminds when utilized correctly, with each being able to construct walls to block their opponents. The only difference is that Hassan literally is a wall. Both also possess the ability to freeze their opponents, with Mei using her endothermic blaster, and Whiteside using his pure defensive ability and size to either block shots or force who he’s defending to take a bad shot.

Finally, the two of them are world travelers. Mei, according to Overwatch’s backstory, travels around the world solving problems with the ecosystem. After college, Whiteside spent years traveling around the country playing for a number of D-League teams, as well as traveling overseas to play in Lebanon and China, before finally finding his spot in Miami, signing a big four year, $98 million contract with the Heat. Dude can open so many lootboxes now.

Prior to his recent retirement, the Big Ticket was the grizzled veteran of the National Basketball Association, just as Soldier 76 is the veteran of many wars himself. Both utilize regenerative abilities that have allowed them to compete at a high level for extended periods of time, and have been reliable shooters for a while. If you spend some time scouring the internet for Overwatch comics and fanart, you’ll run into a common theme of Soldier 76 acting as somewhat of a reluctant father figure to the other heroes. In a similar way, KG has been the mentor for many of the young Timberwolves such as Karl-Anthony Towns, Andrew Wiggins, and Zach Lavine, although far less reluctant.

Lastly, Soldier 76 and Garnett aren’t playing to make friends or have fun, they’re playing to compete and get the job done. For these two, respect isn’t earned through handshakes and smiles, it’s earned through hard work and effort. So thank you for all your hard work, KG. You taught us that anything is possible.

Can you think of any other characters that have an NBA counterpart? What about players from other sports? Leave them in the comments below, or tweet them @GAMURScom or at the author @scottraid.