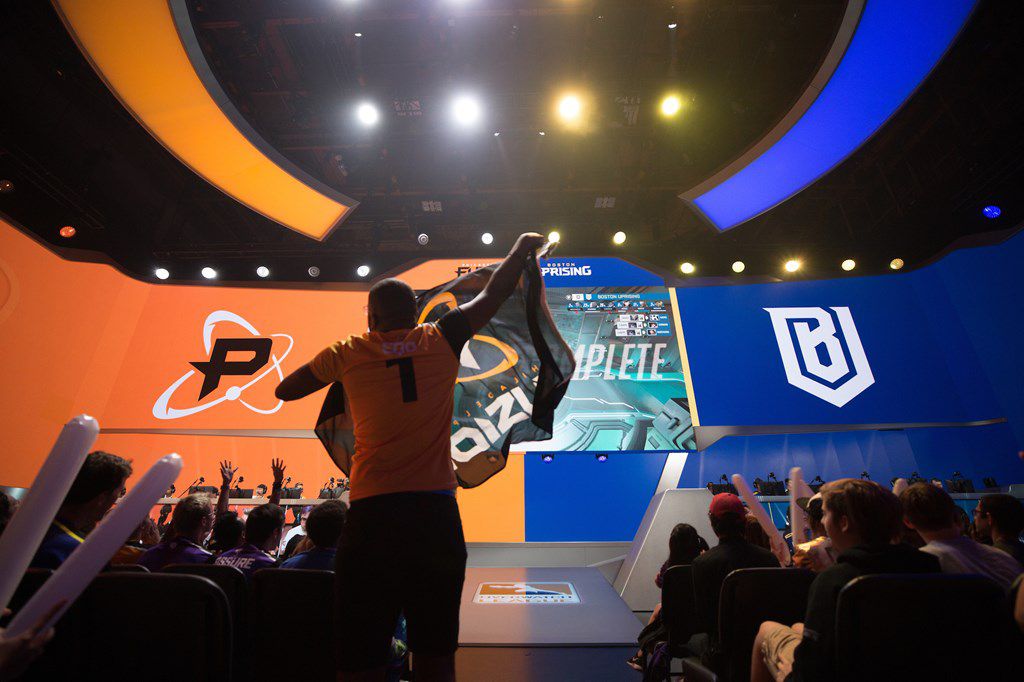 The Overwatch League playoffs kicked off on Wednesday with two series that weren’t particularly close. The Philadelphia Fusion and Los Angeles Gladiators took their first matches of their best-of-three series with relative ease.

Tonight, though, showed the playoffs won’t be without drama and showcased some of the importance of strong coaching and tactical adjustments in a multi-match playoff series.

Philadelphia Fusion eventually took the playoff series against Boston Uprising to advance to the semifinals, but Boston made them work for it. They took the first match tonight to tie the series at one apiece before Fusion’s superstar DPS duo came alive to close it out.

Despite entering the playoffs as the sixth seed, Fusion were considered the favorite by many thanks to the current meta favoring their dominant DPS combo of Lee “Carpe” Jae-hyeok and Josue “Eqo” Corona. That played out Wednesday with Fusion’s easy 3-1 win.

Tonight, though, Uprising threw out that script and showed some of the teamwork that made them one of the league’s top three teams in the regular season. They needed better play from their own DPS players to do it. Kwon “Striker” Nam-joo played at his usual excellent level, but Stanislav “Mistakes” Danilov seemed to step up with his season on the line. Mistakes is often pegged as a weak link for Boston, a versatile player capable of playing every hero but rarely excelling on them. But tonight he was superb, at least in the opening series, securing enough key kills to make Boston the victors.

The match kicked off on Junkertown, Fusion’s worst map in the regular season with a poor 2-9 record, and Boston took advantage. Then, on Lijiang Tower, they showed this clearly wasn’t the Boston team that took the stage on Wednesday. Fusion failed to put up a single percentage point throughout the entire control map in a convincing win, giving Uprising a 2-0 lead. Uprising eventually closed the series 3-1, and it seemed like they had found the answer to shutting down Fusion’s star DPS since the pair was relatively quiet throughout the loss.

Apparently, they were just getting warmed up. While Carpe had his moments, including a number of key killing sprees as Widowmaker, Eqo went absolutely nuts in the final series, using seven different heroes for significant play time—Hanzo, Pharah, Genji, Tracer, Junkrat, D.Va, and Zarya—and taking over the game on all of them.

Thanks to their higher seed, Boston Uprising had the map pick to open the decisive series. To no one’s surprise, they picked Junkertown, the map they won to open the first series of the night and one that Fusion was now 2-9 in OWL play this season.

As the loser, Fusion had the choice between Lijiang Tower and Oasis. Uprising skunked Fusion earlier in the night on Lijiang Tower, preventing them from even capping a control point a single time, so the choice seemed obvious. But Fusion opted to seek revenge on Lijiang Tower—and it worked.

Fusion made a big statement that the second series of the night wouldn’t go like the first, besting Uprising with some strong individual play and astute adjustments, playing more aggressively and using different team compositions like a triple tank and triple support on Night Market.

Uprising then picked Eichenwalde, but Fusion had an ace up their sleeve. They opened their attack with that same triple tank and triple support composition and stormed the point. Fusion rushed through the right side halls and behind the point, attacking Uprising from an unexpected angle and ruining any kind of defensive positioning advantage Uprising thought they had. They continued their rampage on the second point despite its long sight lines with quick rotations and incredibly aggressive play, taking advantage of Eichenwalde’s key chokepoints—the doors exiting the castle and then even the defense’s final spawn.

Fusion finished the map with 2:24 on the clock, a strong time on a tough-to-complete map like Eichenwalde. They easily took the 2-1 lead in the match after a strong defense, putting them one map away from the semifinals.

With their season on the line, Uprising picked Hanamura. It wasn’t a good decision, but with the way Fusion were playing, perhaps that didn’t matter. Fusion carried their momentum into their attack, picking Kellex in their first push and then taking advantage of his long respawn to roll through the first point and snowball the second, leaving them with a whopping 4:59 in their time bank. The defense wasn’t any prettier for Uprising as Eqo’s Pharah and Carpe’s Widowmaker picked them apart.

The loss ends Boston Uprising’s season, but even with a playoff placement disappointing compared to their regular season performance, it was a strong showing overall. Few expected Uprising to even come close to the playoffs while fielding a roster of relatively unknown rookies. But we saw many of them emerge as stars.

Fusion’s season one story will continue for at least one more week. Fusion played with much more confidence in the second series tonight, attacking Boston from aggressive positions and keeping them off balance. When Fusion play like that, few teams in the league can stop them—and Boston fell victim tonight.

That Jekyll and Hyde act, though, has plagued Fusion throughout the season. Sometimes they look lackluster and slow to react, as they did in the first match tonight, while other times they look unstoppable.

Next week, they better make sure the team that showed up for tonight’s second match takes the stage. They’ll come up against New York Excelsior, the best team in Overwatch. The meta may be right in Fusion’s wheelhouse, but that isn’t enough to stand up against a team as dominant as Excelsior, who can beat you in dozens of ways.

Fusion, at least, have some hope. They handed Excelsior their first loss of the season. After tonight’s match, Eqo said in his post-game interview that match way back in stage one was a preview of what we’ll see next week.

The Overwatch League playoffs continue Saturday as the Los Angeles Gladiators look to close out their series against the London Spitfire starting at 3pm CT.