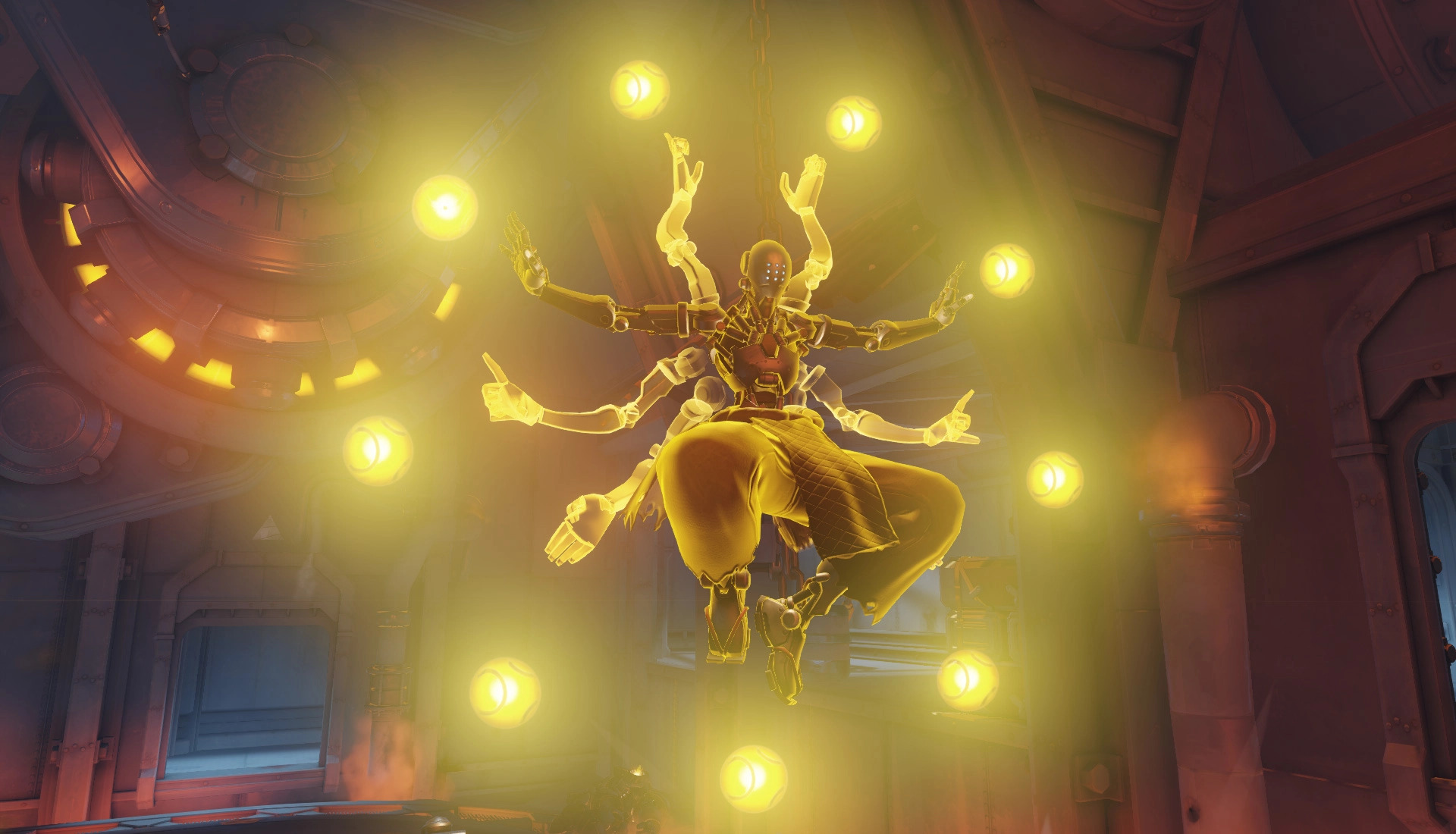 Blizzard Entertainment has followed through with Jan. 21’s Experimental Card and tuned down Echo, Tracer, and Zenyatta in last night’s Overwatch live patch.

The three heroes have been performing “too well” against high health targets, working together to dish out absurd amounts of damage in seconds to tanks, according to the developers.

The patch aims to reduce the maximum firing duration of Echo’s primary weapon and Focusing Beam to “lower her sustained damage output” without impacting her “burst damage potential against squishier targets,” lessening her effectiveness against tanks.

The nerf, while on the lighter side of things, will cause the damage of Tracer’s Pulse Pistols to “scale down faster” when targets are outside of her optimal distance, according to the devs. This should make her less threatening at mid-range.

With Zenyatta’s effectiveness to enable team-wide damage output, the devs are taking “some power” out of the Orb of Discord by “reducing both its total damage amplification” as well as the “speed at which it can be applied over long distances.” This change will make Zenyatta’s projectile speed match his primary fire.

The patch is now live on Windows PC, Nintendo Switch, PlayStation 4, and Xbox One.