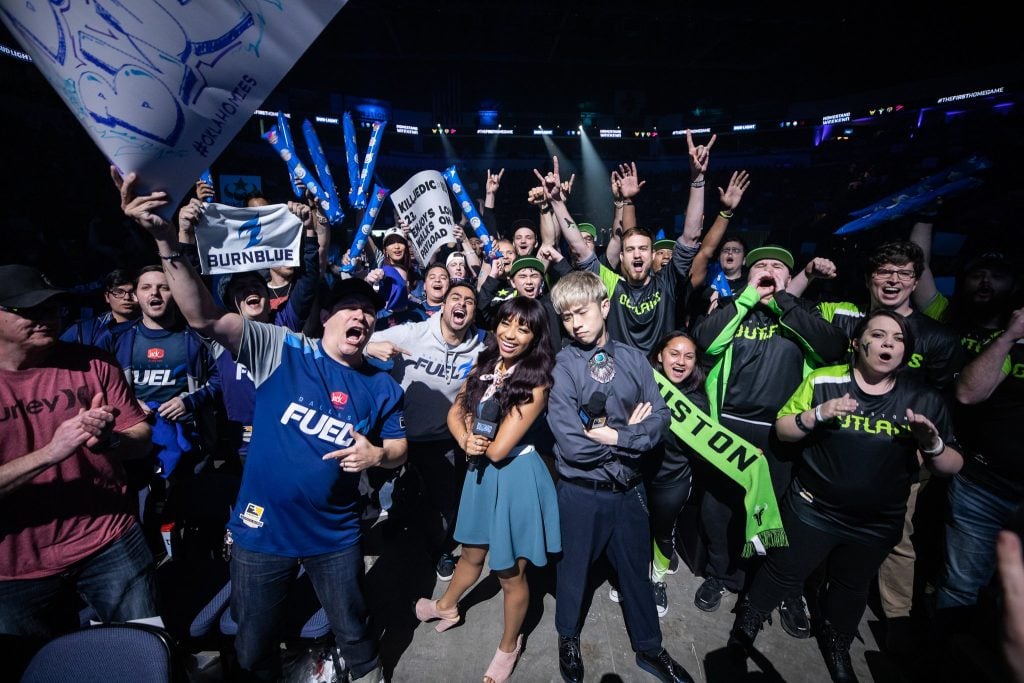 Overwatch League interviewers and hosts Danny Lim and Mica Burton are both following the lead of other former Blizzard talent and leaving the OWL broadcast team ahead of the 2020 season.

Danny and Mica announced their departure from the league just two days away from the opening weekend. There’s no information yet on who will replace them. Emily Tangerine, Blizzard’s Chinese interviewer, hasn’t announced her plans for the 2020 season.

Danny and Mica were known as colorful hosts and were first introduced during the 2018 Overwatch World Cup where they were quickly adopted by adoring fans. They went on to become regulars during the 2019 OWL season, with Danny being the translator and interviewer for Korean players and Mica doing the same for Western players.

Although the OWL is losing further talent from its broadcast, today produced a nugget of reassuringly good news as well. Both Seth “Achilios” King and Wolf Schröder announced that they’ll be returning to cast together this season.

Wolf tweeted that he’ll be returning to “commentate as an analyst” for the OWL. Achilios added that we’ll see the duo casting during the opening weekend of the 2020 season.

The first game of the Overwatch League season is at 12pm CT on Feb. 8 and will feature the Toronto Defiant playing against the Paris Eternal.