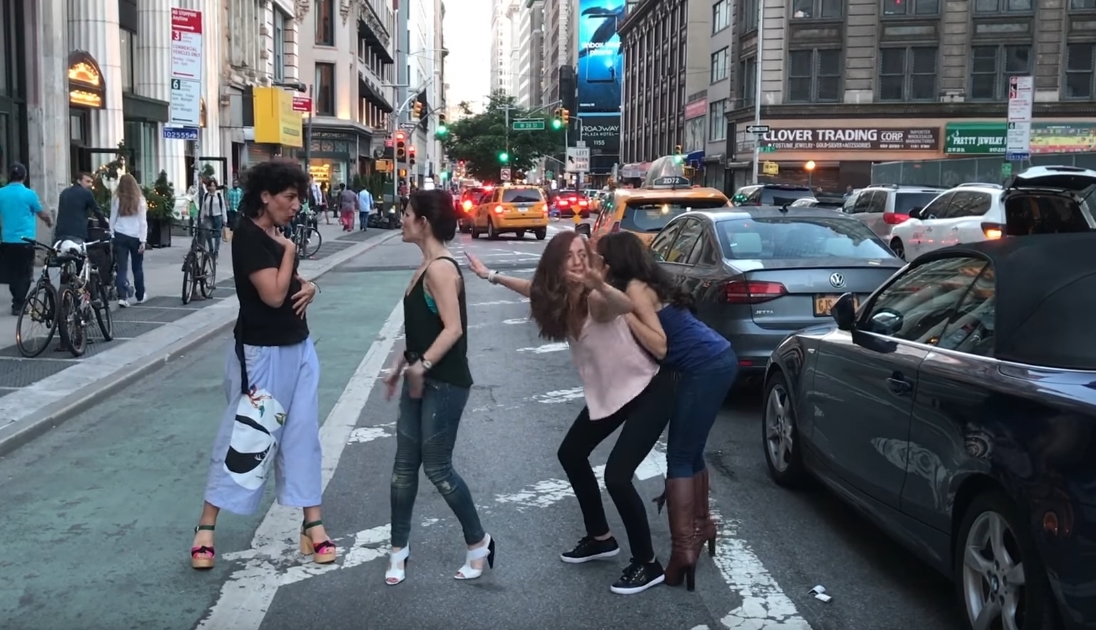 Those sassy Overwatch voice actors are at it again, and this time they’ve brought more of their friends.

After a short Twitter video showing some of the cast imitating their characters’ dance emotes was posted earlier in the week, a full-length video has now been uploaded to Symmetra voice actor Anjali Bhimani’s YouTube channel. The emotes were added to Overwatch as part of its Anniversary event.

Related: Watch the Overwatch heroes bust a move for the game’s anniversary

Joining the original six dancers (Roadhog voice actor Josh Petersdorf, Torbjörn voice actor Keith Silverstein, Genji voice actor Gaku Space, Zenyatta voice actor Feodor Chin, Lúcio voice actor Jonny Cruz, and Bhimani) is a whole bunch more of the cast, some of whom recorded their own videos, which were then compiled and added to the video.

Bhimani, Pohl, and Ravassa often post videos to their YouTube channels highlighting their adventures together, and it seems like a lot of the cast are great friends outside of the recording booth.

In total, 15 of the game’s 24 voice-acted heroes participate in this cute video, in celebration of Overwatch’s one year anniversary. That’s not a bad participation rate.

Sadly, Blizzard has announced that the emotes in the game will remain exclusive to the anniversary event, and will be unavailable for unlock once the event comes to an end on June 12. Thankfully, we have this cute video as a consolation prize.

For a lot of voice actors, working in a video game can be just another job. It’s clear for Overwatch’s cast, however, that they truly enjoy the world they helped create, and each other’s company as well.