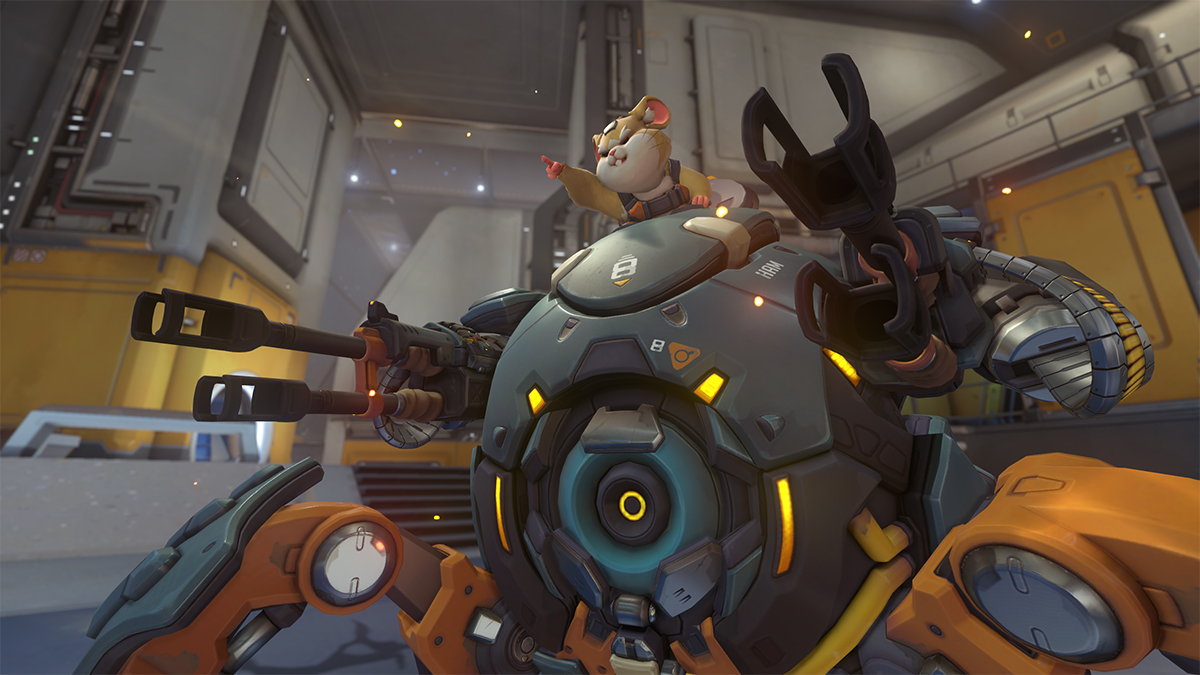 His kit is uniquely suited for exciting races. It’s the grappling hook ability, in particular, that requires some serious skill. A correctly positioned grappling hook gives a speed boost that catapults the mechanized hamster ball—an essential tactic for landing that championship spot. And it’s just a really fun mechanic.

The Overwatch community’s involvement in building out a game that meets their needs is what’s great about the game. It’s not enough to just play in Blizzard’s standard game modes—using the tools created by Blizzard, Overwatch players are creating their own games. And this brilliance popped up less than a day after Hammond was released on the test sever. What will we be doing with Hammond in a week?

But it shouldn’t be surprising that the Overwatch fan community is good. Similarly, there’s a thriving fan art community in Overwatch that’s expanded the lore and telling stories with Overwatch heroes that Blizzard hasn’t told. Overwatch fans have molded the game and its characters to be what they need them to be.