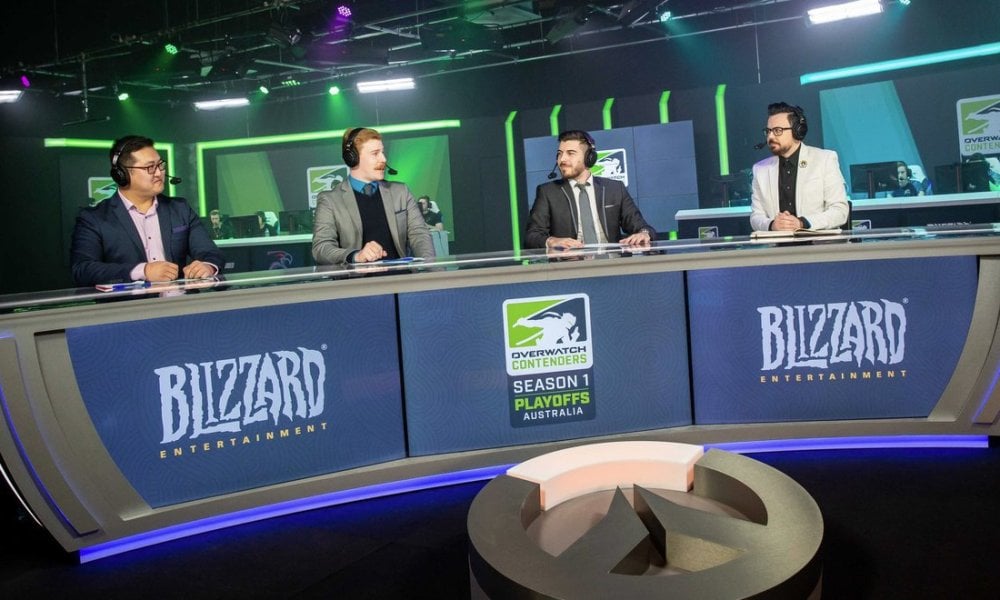 Drop bears may only be mythical creatures conjured up to scare tourists traveling to Australia, but in Australian Overwatch they’re proving to be a very real threat.

Sydney Drop Bears took the title in the first season of Overwatch Contenders in Australia, and they’re in prime position to defend that title after the season two group stage concluded yesterday. Drop Bears easily secured their playoff position with an undefeated record. Joining them in postseason play from Group A will be ORDER, Legacy Esports, and Tainted Minds. In Group B, Dark Sided matched Drop Bears’ undefeated mark to take top seed, and they’ll be joined by Kanga Esports, Masterminds GC, and SereNity.

Playoffs start on Aug. 12, and it’s looking like they’ll be a doozy.

The Drop Bears didn’t drop a single map through the stage, winning all 12 they played through the season (they secured two other match victories by forfeit). The team looks to be in championship form after winning the last split and improving their lineup by adding Kelsey “Colourhex” Birse, the star flex/DPS player from the other season one finalist, Masterminds GC. But that doesn’t mean they’ll have the Australian title handed to them.

Their biggest competition comes from some of Colourhex’s former teammates and some of Drop Bears’ greatest rivals. DPS player James “Yuki” Stanton and support Paul “CantuS” van Hutten moved to Dark Sided from Masterminds ahead of season two, and they’ve helped improve the team from contender to powerhouse. Last season Dark Sided went 5-0 in the group stage with an 18-2 map score, but they fell to Drop Bears 3-2 in the semifinals. This season, they’ll look to change that result, and so far they’re on the path to doing it. Dark Sided are again undefeated in the group stage, and while their 18-3 map score isn’t as perfect as Drop Bears, their only losses came in the first two weeks of the season. Their new lineup is looking more and more dangerous as we get closer to playoffs.

Right now the Overwatch Contenders season two playoffs look like a two-horse race in Australia, with Sydney Drop Bears and Dark Sided a head above the rest of the field. But that doesn’t mean things won’t change.

Last season, Drop Bears entered the playoffs with a 4-1 record after getting shelled by Masterminds in an 0-4 regular season bout. But in the weeks before the playoffs, they improved and showed it on stage, beating Dark Sided and then sweeping Masterminds to take the title.

The most likely Cinderella candidate is ORDER, who reached the semifinals in season one under the name Blank Blue. They failed to dent Drop Bears in their group stage matchup this season, but if they play their cards right in the playoffs, they have the tools to make them bleed. In the other group, Kanga Esports came closest to challenging Dark Sided’s prominence, but also fell in a 4-0 sweep to the top team. That’s a big improvement from their 2-3 performance last season, and if they can continue their upward trajectory, maybe they’ll show it come playoff time.

The teams have about two weeks to prepare before Sydney Drop Bears and SereNity kick off playoff action on Aug. 12 at 10pm ET.