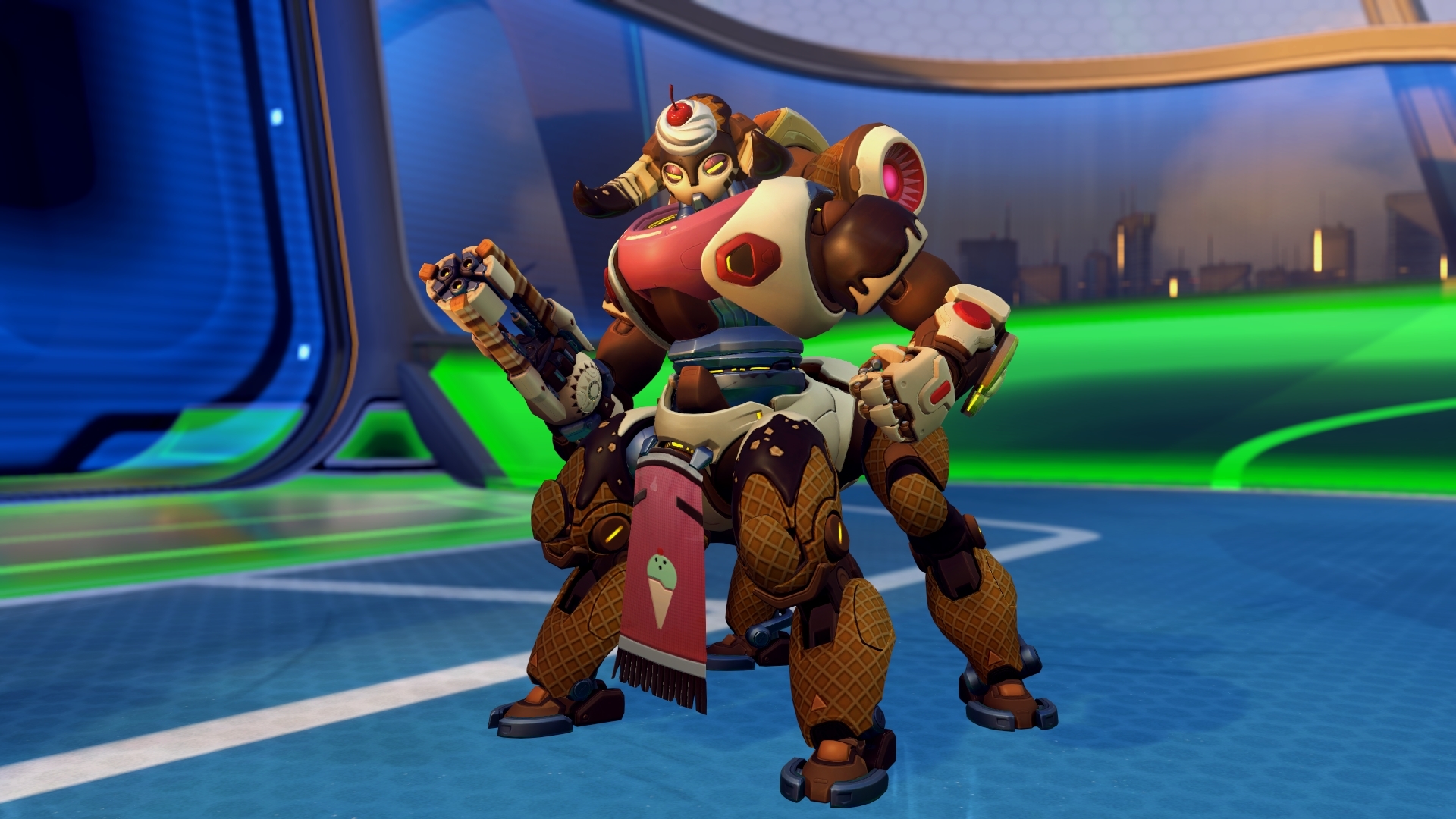 The final unlockable skin in Overwatch’s Summer Games 2020 event is now available. Ice Cream Orisa can be earned through gameplay now through Aug. 25.

After week one’s Union Jack Tracer and week two’s Sand Castle Bastion, the Omnic tank now has a skin that will be right up the alley of sweet tooths everywhere.

To unlock the skin, players only need to win nine games in Quick Play, Competitive, or Arcade modes before the event ends on Aug. 25.

Ice Cream Orisa turns the horse-like Omnic into a creamy, delicious treat. Her legs have the pattern of a waffle cone and her head is dolloped with some whipped cream and a cherry. Yum.

Along the way, there’s also the Surfimari player icon unlocked at three wins and the Ice Cream spray unlocked at six wins. Basically, no matter what you’re playing in Overwatch, you’re working toward unlocking things.

Aug. 25 will be the last day to play Lúcioball before it leaves for another year. It’ll also be your last chance to buy or earn the game’s five new Legendary skins, including Lifeguard Pharah.