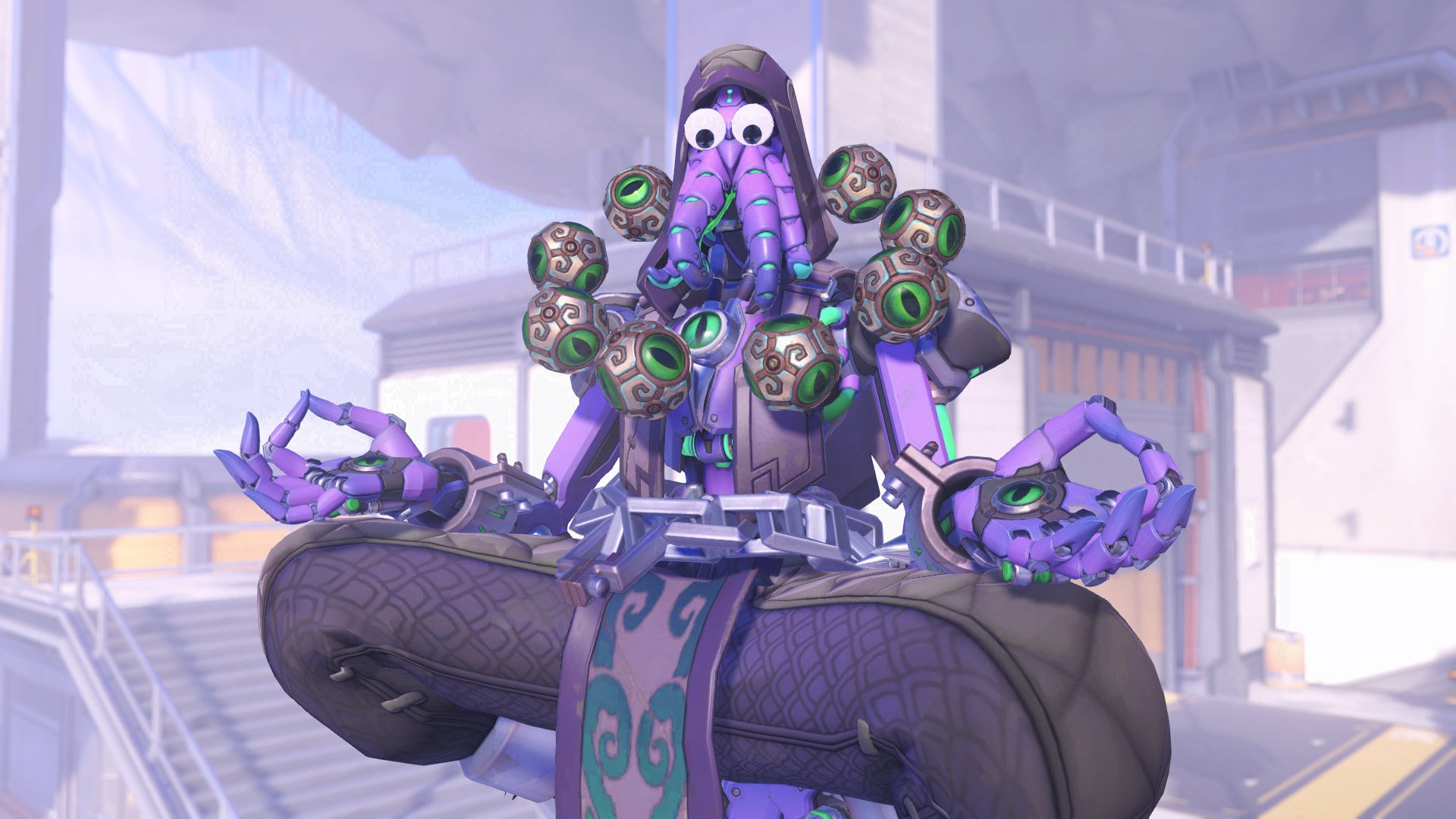 Overwatch designed fearsome, spooky skins for Halloween. And for April Fools’, Blizzard is giving us a laugh at their expense.

The visual changes affect all heroes, including the Thunder Doomfist that’s showcased on the main menu. Halloween-themed skins, such as Ana’s Pharaoh and Zenyatta’s Cultist, become considerably less frightening.

The prank also affects Ashe’s B.O.B. and Torbjörn’s turrets. Ashe players who release their omnic butler for an extra hand may find themselves laughing at B.O.B.’s unexpected look.

Not even training bots were able to escape the joke: the captivating omnics in the practice range receive a pair of googly eyes right next to their original “eye.” The novelty doesn’t work as well on High Roller Wrecking Ball, however. His sunglasses obscure the googly eyes, making them almost unnoticeable.

Blizzard hasn’t officially announced that it’s an early April Fools’ joke, but it’s unlikely that a bug caused googly eyes to randomly appear in all heroes. This wouldn’t be the first prank the company played on Overwatch fans.

As part of last year’s April Fools’ day joke, Blizzard gave players a push in immersion by tweaking the chat of Reinhardt mains. Players who used the chat when playing as the German tank would have their messages sent out in all capitals, alongside one of the hero’s many catchphrases.