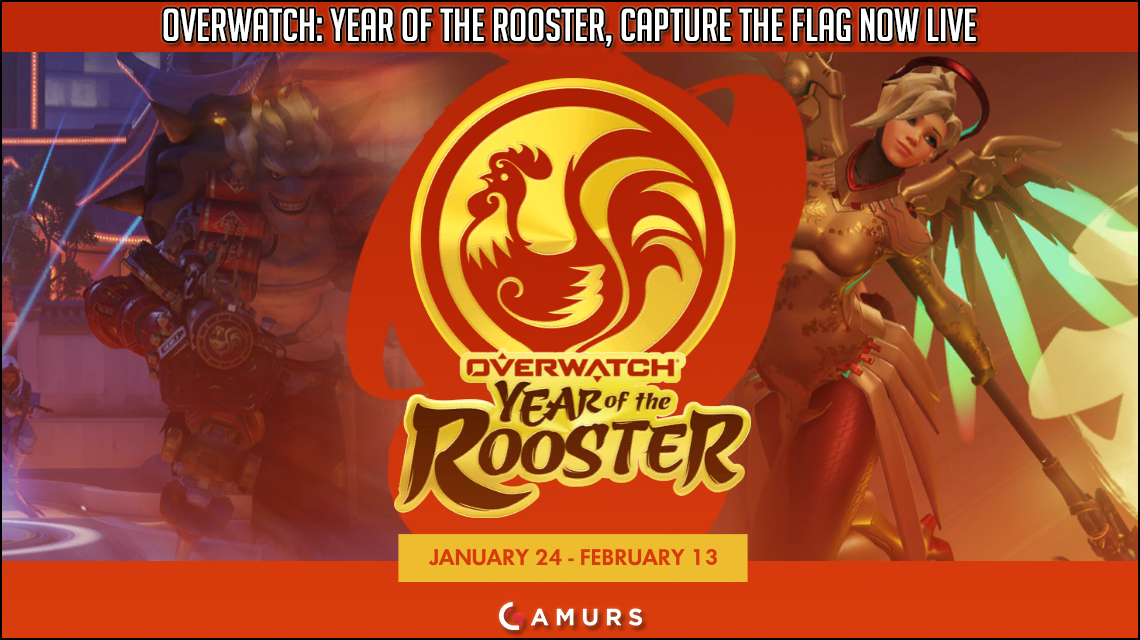 Overwatch‘s fourth seasonal event has now gone live. “Year of the Rooster” is a celebration of the Lunar New Year and it brings many new skins and customization options, as well as a brand new game mode, Capture the Rooster.

Overwatch’s #YearOfTheRooster ???? celebration has begun—so here’s to happiness, prosperity, and lots of fun!

Along with the new event, game director Jeff Kaplan has put out a new developer update to talk about this new Capture the Fag gametype and some of the development philosophy behind it.

Capture the Rooster lets each of the game’s heroes use their movement abilities in lieu of “fairness,” as well as a pick-up time that is interrupted whenever a character takes damage. The mode also doesn’t require your team’s flag to be at the base for the enemy flag to be captured. The game mode is just a brawl during the event for now.

“Ultimately, we really went with more of a freeform capture the flag where we’re embracing more of what Overwatch is about, which is your awesome hero with your awesome abilities and letting you use them all the time,” said Kaplan.

All of the new customization items can be earned in special loot boxes from now until Feb. 13, so get out there and start celebrating the New Year.

Are you excited for Year of the Rooster? Let us know in the comments below and follow @GAMURScom on Twitter for further esports coverage.