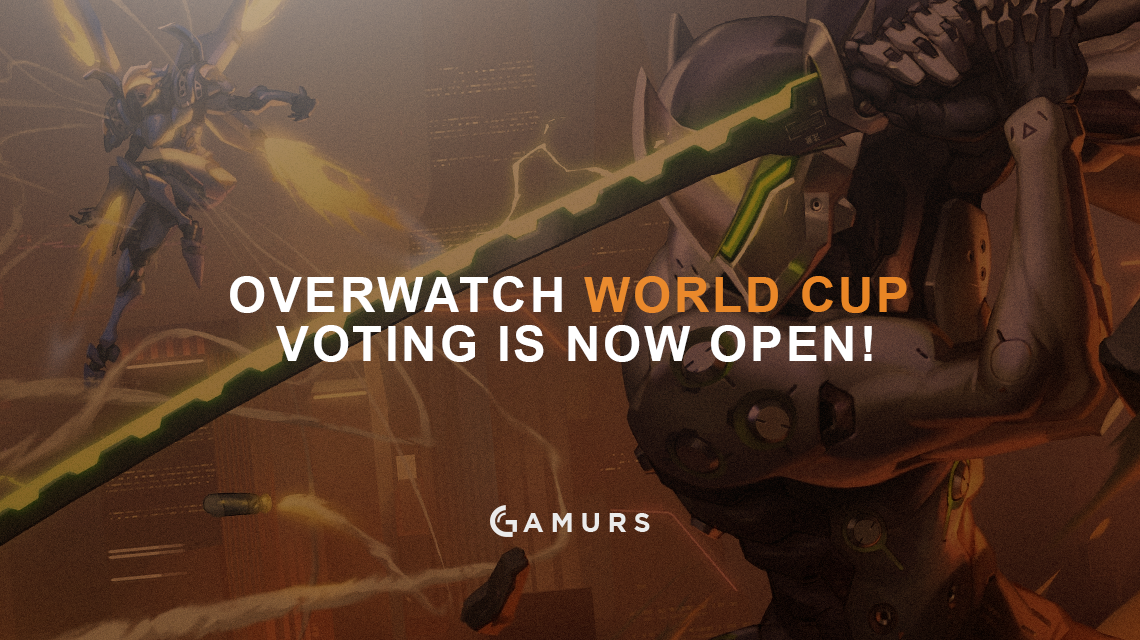 One week ago, Blizzard announced the Overwatch World Cup that will beplayed out at BlizzCon this year.  The tournamentitself does not have a prize pool, but the players votedin will receive a paid trip to BlizzCon as well as an appearancebonus. The players that are up for vote are pro players, communityplayers and local players alike.

As for who gets to play, it willgo like this:

The voting is now open, you willchoose players from whichever region your Battle.net account isregistered to. If you’re interested in voting for yourfavorite players, vote here. You can only vote in your region.You’re not allowed to vote for players in Europe if you arelocated in the United States, for example.

Who will you be voting for? Which teams do you want to win thequalifiers? Let us know in the comments and make sure tofollow us on Twitter, @GAMURScom, for live coverage and other esportscontent.