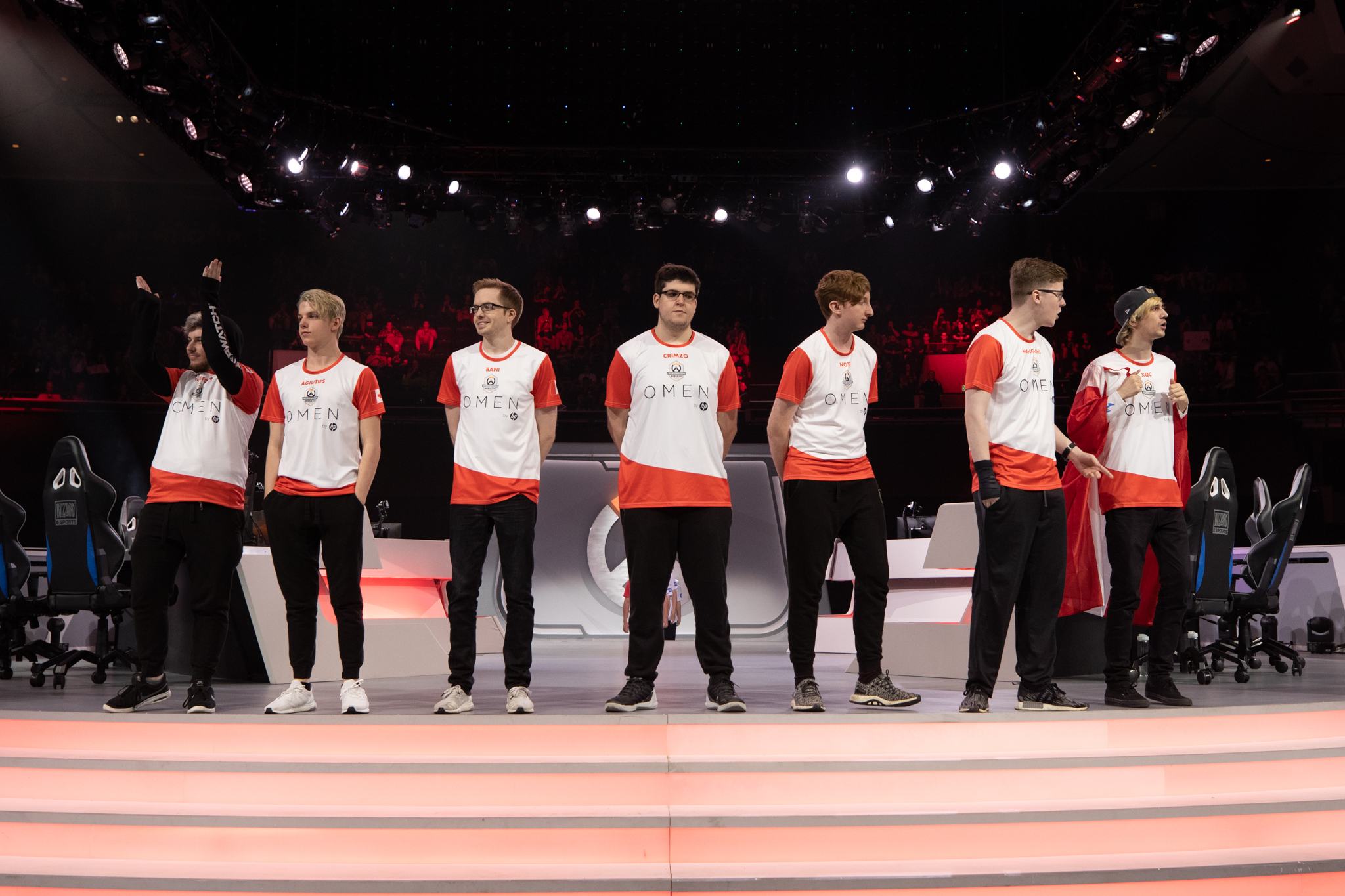 The Great North will be trying to live up to their name at the 2019 Overwatch World Cup.

For two years in a row, Team Canada have watched the first-place trophy slip out of their grasp. This year, the Canadian squad is relying on the same Overwatch League talent that carried them to a third-place finish in 2018.

If this roster looks familiar, that’s because it is. Team Canada opted to run the exact same lineup they used in the 2018 World Cup. Considering this roster netted Canada a bronze medal, the “if it ain’t broke, don’t fix it” mindset applies.

The entire DPS squad of Team Canada is made up of Overwatch World Cup veterans. Surefour has been a part of the team since the World Cup was created in 2016. His hitscan skills weren’t used until the latter part of the Overwatch League season, but he still has what it takes to stand up to behemoths. Agilities and Mangachu will likely trade off of projectile DPS depending on hero needs.

Bani and Crimzo worked well together in 2018, able to keep their triple-triple squad alive and aggressive. This could be Crimzo’s year to really show off his Ana and Zenyatta skills and net an Overwatch League promotion.

Off-tank NotE is a quiet, stable player who does his job without fuss. It’s only notable because he’s next to xQc, who’s never played anything quietly. While technically a substitute for the Gladiators Legion, xQc is more likely known to viewers as one of the most popular streamers on Twitch. It’s his third year playing main tank for Team Canada.

Team Canada have been so close to the trophy that they could touch it. In the inaugural 2016 World Cup, the team faltered, but 2017 and 2018 put the country on the map for Overwatch esports. Team Canada faced off against Team South Korea in the grand finals of the 2017 Overwatch World Cup, taking one map against the dominant team before losing 4-1.

In 2018, Canada came back with force, getting a surprising sweep over Team France in the quarterfinals. They were stopped by Team China in the semifinals, but went on to take third place from Team United Kingdom.

Team Canada’s veteran status may be both their advantage and their downfall. All of the players on the squad have played in a previous World Cup, so there’s no chance of stage fright altering their play. Beyond that, the roster has played together before—if any team this year has cohesion down, it’s this one. In a meta that relies on building trust between aggressive DPS and steadfast tanks and healers, Canada has the advantage.

The team fell to Team China last year because of China’s immense talent and ability to win matches with team compositions that didn’t fit the meta. The players on Team Canada have dealt with this for over a year within the Overwatch League and Overwatch Contenders. They likely won’t be surprised by tricks. Unfortunately for them, the other teams in the World Cup have a lot of material to work from when scouting individual players’ favorite tricks.

If Team Canada can enable their stellar DPS line to work around the shields found in the current meta, they’ll have a fighting chance to make it to the grand finals once again.