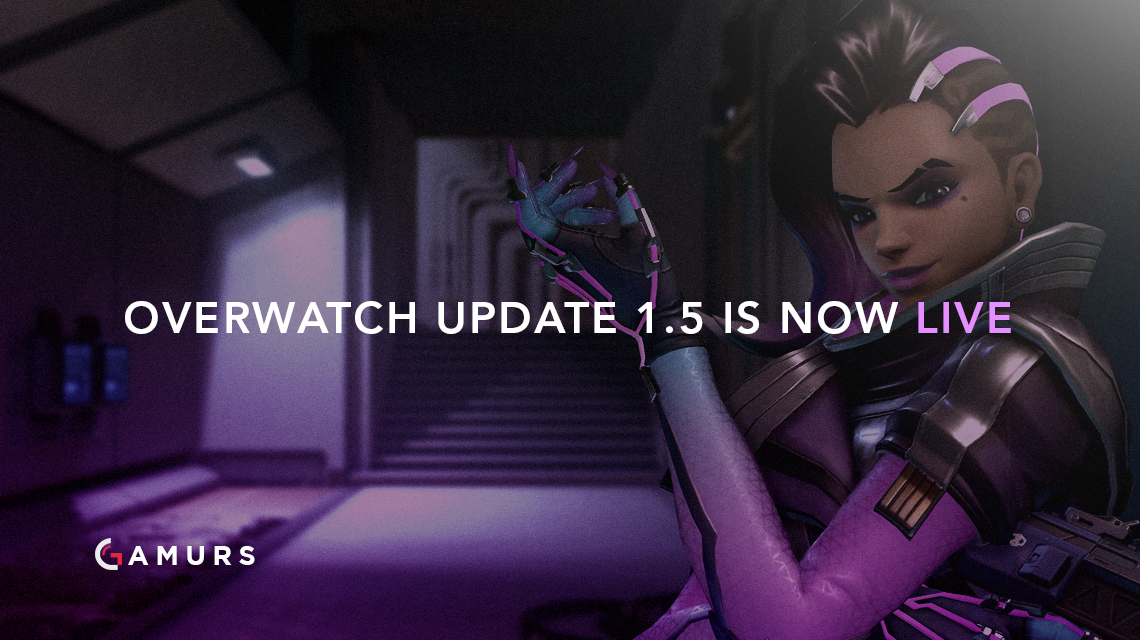 A huge new update hit Overwatch today after a few weeks of testing on the PTR server, the highlight of which being the addition of Sombra to the game’s hero pool. But she is just one of many changes that have come to Blizzard‘s FPS today.

A new patch is now live for PC, PlayStation 4, and Xbox One! | Learn about the latest changes: https://t.co/zgA6Q6gJja pic.twitter.com/7z4OTIJWOL

One of the biggest changes is that ultimate costs have been increased across the board by 25 percent, meaning it will take longer for players to gain their ultimate. Also, dealing damage to things other than players, like Symmetra’s teleporter or Torbjorn’s turrets, will no longer charge ultimate abilities. Both of these changes are being made in an effort to lower the frequency of ultimates.

Other highlights include Ana’s Nano Boost no longer increasing movement speed, D.Va’s mech health increased to 200 and her movement speed while firing increased by 25 percent, and Soldier 76’s Pulse Rifle bullet damage being increased from 17 to 20. All of these changes should have some effect on the meta.

The update also includes Arcade mode, which includes a bunch of different new ways to play the game, including a 1v1 playlist, a 3v3 elimination playlist, and a 6v6 random heroes playlist. Also in Arcade mode is the No Limits playlist, which allows hero stacking, now that regular Quick Play has eliminated that option.

Check out the full list of changes on Blizzard’s forums here.

What are your full thoughts on the changes in update 1.5? Let us know in the comments below and follow @GAMURScom on Twitter for further esports coverage.