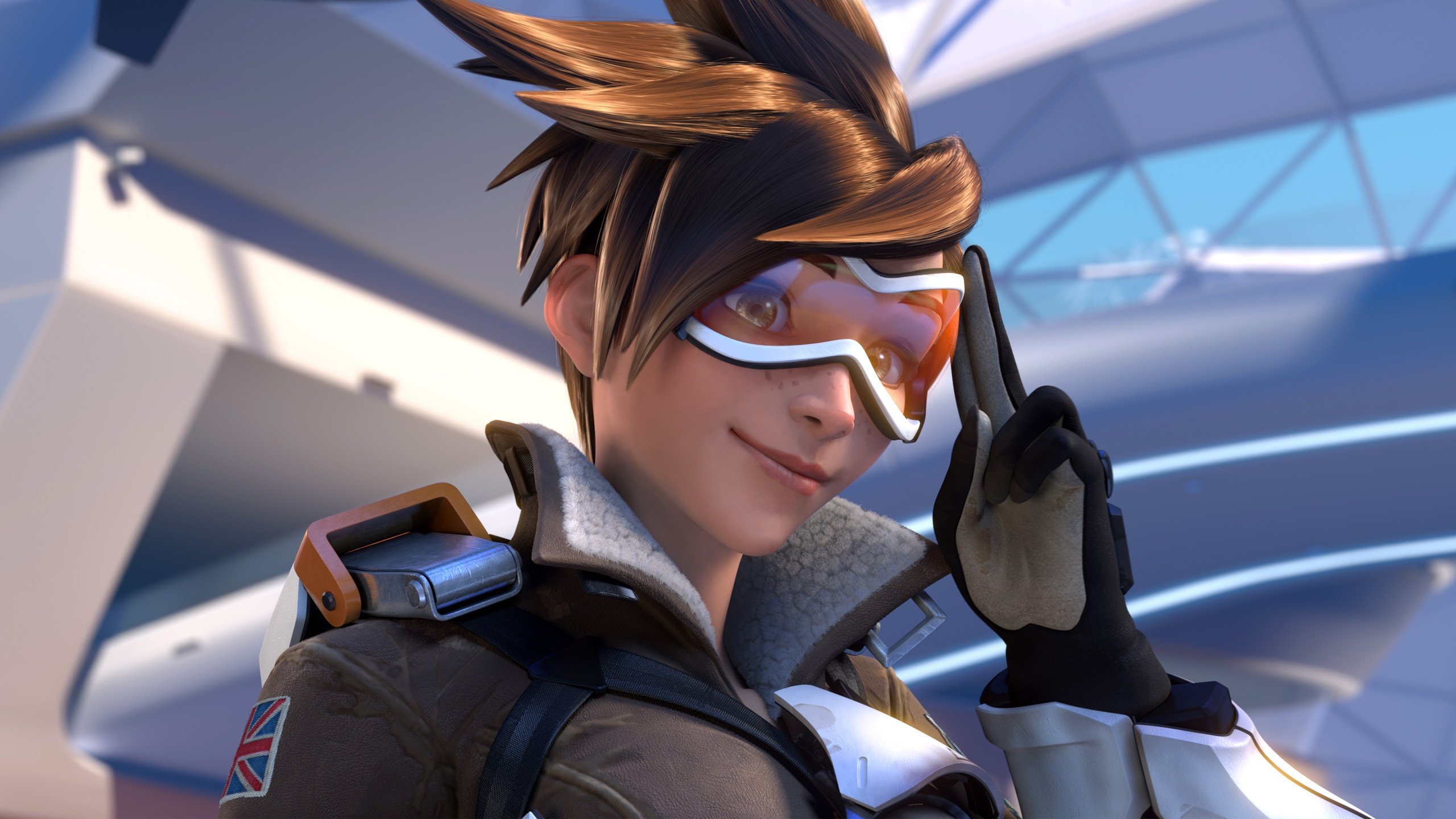 Designed for speed, Overwatch hero Tracer is always moving. And that makes her particularly tricky to play. In a new player’s hands, Tracer can feel unwieldy and impossible to control. Darting in and out of fights using Tracer’s blink and recall abilities requires utility management and distinct game sense. Tracer players will want to have a strategy with their team when entering into games, but be able to change their tactics on the go when the tide of battle turns.

Though she’s a flanking damage dealer, Tracer can’t start fights without her team’s support. With just 150 health, she’s the squishiest of the squishy. She’s best used with a coordinated team, taking on the enemy team’s backline while her allies distract from the front. Mobility abilities will disorient enemies, making her a perfect choice for getting quick picks and creating space for allies to push forward.

Three tenets of play should be kept in mind while playing Tracer: Mobility resource management, aim, and communication.

Blink is a core ability in Tracer’s kit. An experiment malfunction desynchronized Tracer’s molecules from the flow of time, according to lore. When fellow Overwatch hero and gorilla scientist Winston came along and developed a device to keep Tracer anchored in the present, she started to harness her power. The chronal accelerator—the glowing blue device Tracer wears on her chest—is how Tracer can speed through time or slow it down.

New players are likely to use all three blinks at once to speed into battle, using recall to retreat when things go bad. But that’s really not how she’s most effective—to be a good Tracer, players must know when exactly to use her abilities.

One blink is usually more than enough to get Tracer into a fight. Low health makes Tracer an easy target. If all her blinks are used to get into a fight, there’ll be nothing left in case she needs to get out. With a pretty speedy base movement speed, it’s not necessary to use blink all the time. Save it up so there’s an escape route if it’s needed. Plus, having a blink handy can save Tracer from some hero abilities, like a Reinhardt charge.

Tracer can reload while blinking, and that’s handy. Blink toward an enemy, use every bullet in Tracer’s clip, and blink away while reloading.

Then what’s recall for? It’s for dire situations. Use recall when health is low and a health pack is not nearby. Using recall in that way essentially gives Tracer 300 health, increasing her survivability in must-win situations. While it can be used to get out of fights, it’s not always viable. Recall will only rewind three seconds back in time, and that’s not going to get Tracer out of harm’s way every time. Recall will also remove certain hero abilities from Tracer, like remove a Zenyatta orb.

Using her pulse pistols, Tracer does a good amount of damage from short range. Damage drops off at medium to long range, which is why her mobility is so important. Being constantly in motion makes it hard to aim using Tracer, however. Tanks, with bigger hitboxes, are easier to hit, but they take longer to take down. Tracer’s job is more to take down other squishies, like support heroes in the back line, so she’s in and out quickly.

Nothing will substitute practice in regards to aiming. That’s what the practice range is there for, after all. With moving and stationary targets, it’s a great place to get used to aiming with Tracer.

Blinking is disorienting for enemy teammates, but it can be hard to get used to for new Tracer players too. Practice blinking while anticipating where enemy teammates will be. It’s easiest, first, to start on stationary targets in the practice range. Aim the mouse in the opposite direction as the blink. Drills like these will help immensely. After doing these enough, muscle memory will kick in. It’ll get easier. But it takes practice.

Communication is tough to master solo in quick play and on the competitive ladder. Tracer players need to have a continuous sense of what’s going on around the map. Where are her allied teammates? When are they engaging? What is the positioning of her enemy teammates? Where are the enemy healers?

Keeping in communication with allies will help Tracer players understand the positioning of enemy teammates. Knowing where enemies are means being able to dash in to kill primary targets—Ana, Zenyatta, Mercy, Soldier: 76—without getting killed herself. Tracer will be most effective when the enemy team is busy dealing with her allies attacking from the front. Engaging before allies make their move will allow the enemy team to focus their power on Tracer—in those situations, she stands no chance.

Don’t be too aggressive. The key is knowing the balance. She has to be aggressive enough to get picks, but heading too far forward will get Tracer taken out easily. Tracer is less effective against heroes with tons of armor, so Tracer players will need allies nearby to clean up kills.

And what about pulse bomb? Tracer’s ultimate ability is a bomb that sticks to its target—so either the floor or any hero. It’s got a three meter blast radius and a one second fuse, doing 400 damage when it explodes. Pulse bomb is most effective when paired with other ultimates—say, Zarya’s graviton surge. With graviton surge, enemies are grouped together, making Tracer’s pulse bomb really effective. Otherwise, landing it on some of Overwatch’s squishier heroes can be enough. All heroes are a good target for pulse bomb, given teammates are around to clean up kills—even if Tracer has to retreat.

Play Tracer enough, keeping these three core tenets in mind, and she’ll start to feel more familiar. And when that happens, you’ll drive the other team nuts.