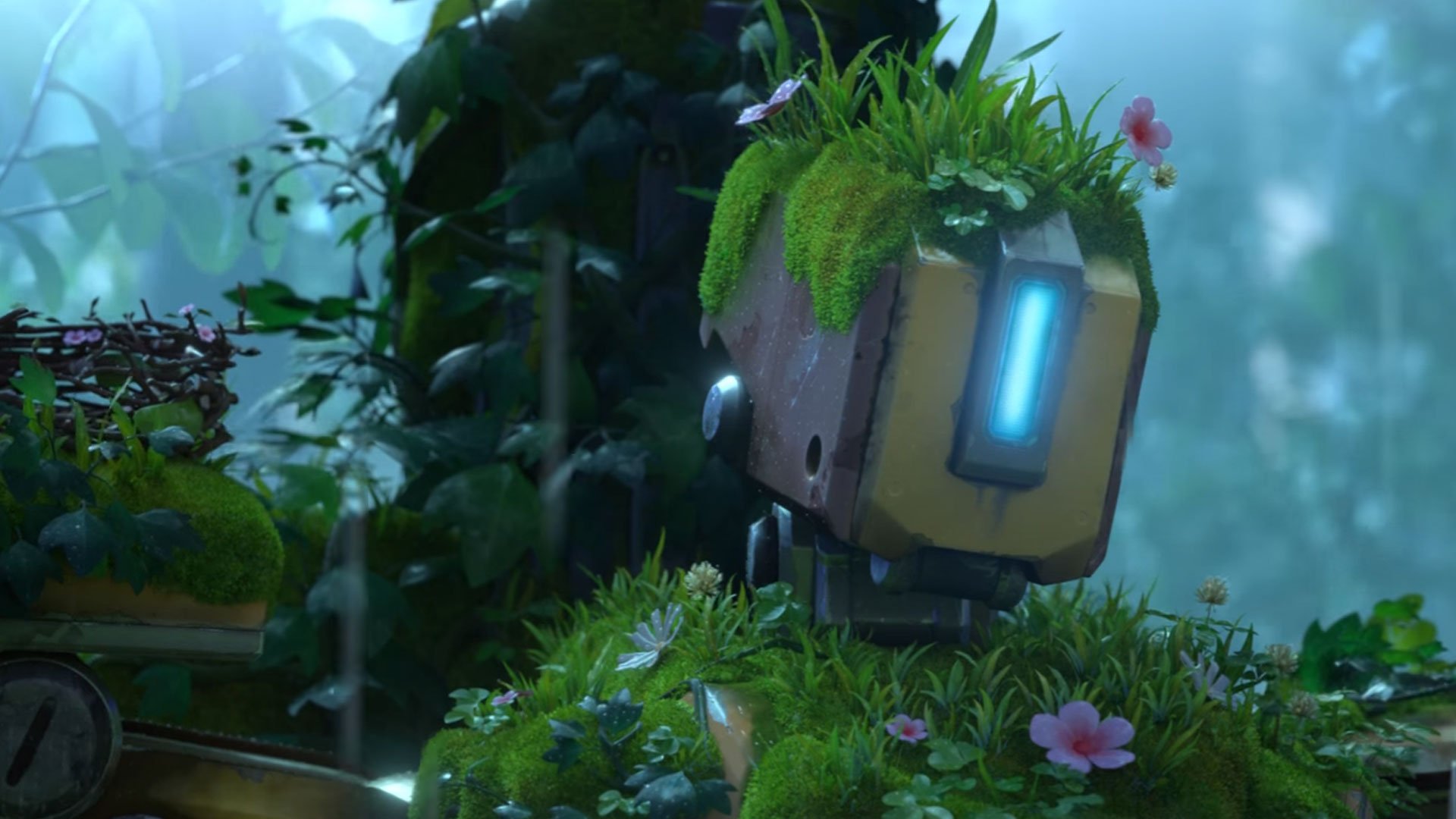 Overwatch short The Last Bastion is up for an award on the internet’s biggest stage—the Webby Awards, presented by The International Academy of Digital Arts and Sciences.

Blizzard’s animated short, which tells the story of ex-omnic war robot Bastion, is being honored in the “best writing” category for film and video. It’s up against Honest Trailers, Last Week Tonight, New York Times Magazine’s Great Performers: L.A. Noir, and Save Our Snowmen.

The Last Bastion tells the story of Overwatch hero Bastion’s initial wakeup after the omnic crisis. He finds himself to be the only Bastion left after a war between humans and omnics wiped his units out. In the forest, he meets Ganymede, a little yellow bird, who sits on his shoulder and gradually helps Bastion get reacquainted with life after the war.

It’s one of six animated shorts Blizzard has released alongside Overwatch. The developer also sporadically introduces new lore with digital comics and origin stories. A major part of Overwatch, these shorts will continue to be released as the game evolves.

The Last Bastion, however, will be remembered for being one of the more emotional, touching tales. Communicating only in beeps and boops, Blizzard is able to tell a moving story about hope and loss.