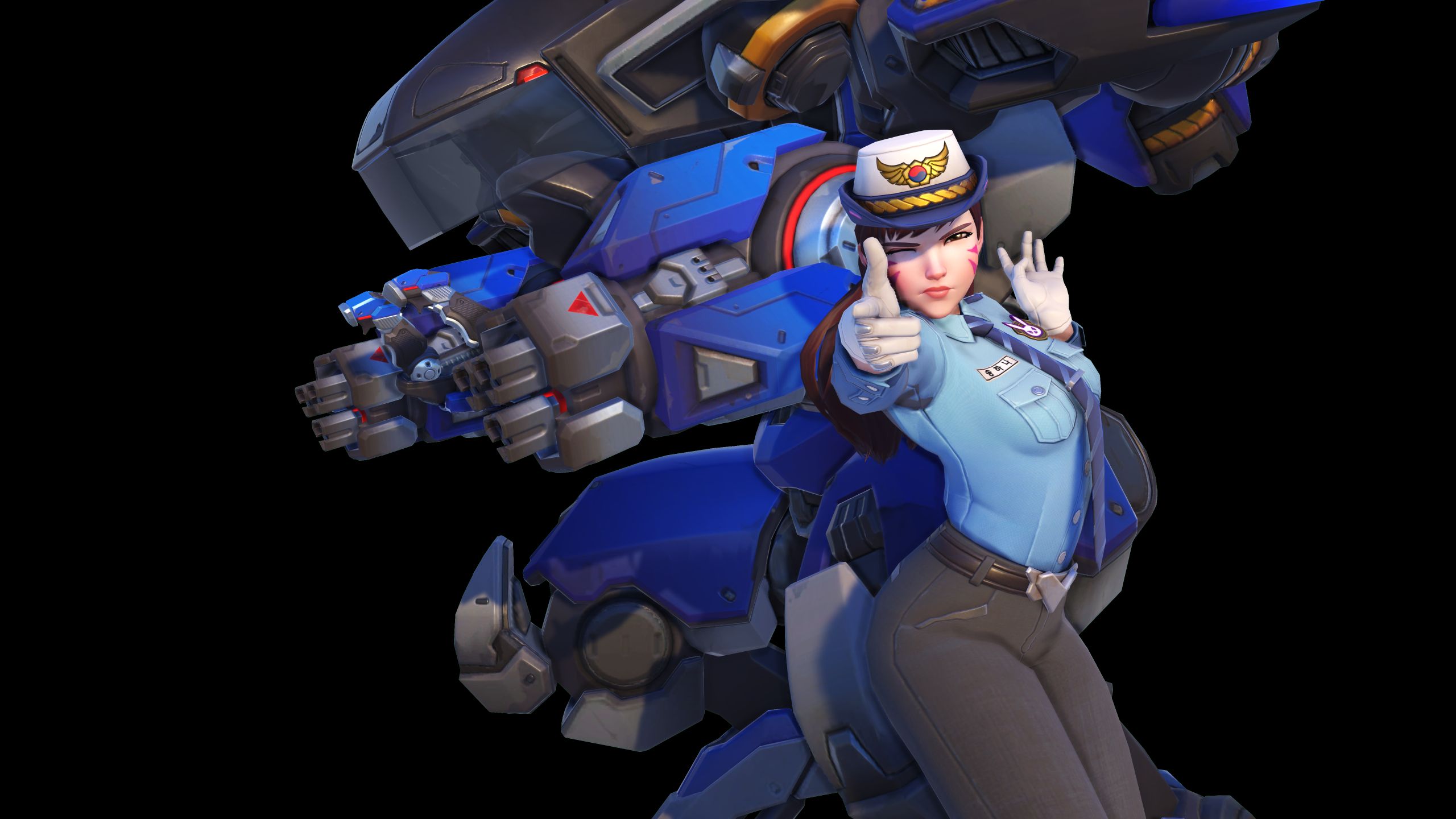 So you want to tank, huh? Overwatch has six tank heroes: D.Va, Orisa, Reinhardt, Winston, Zarya, and Roadhog. Each has its own specialty, but what they have in common is their ability to absorb damage while protecting their allies, whether it be via crowd control or shielding.

Each tank has its own abilities that make it good or bad with certain compositions. D.Va and Winston, for example, have great movement, which makes them ideal in a dive composition. Reinhardt’s shield makes him a good option for slower pushes, where everyone can hide behind the barrier. Not all are equal with regard to skill, however. If you’re just learning how to tank, it’s advisable to start with one of the easier heroes and branch out from there. Find the style you like to play, and practice that. You’ll want to expand your pool, still: Make sure you’re comfortable on a variety of tanks to ensure you can do your job with any composition.

Here are Overwatch’s tanks ranked from hardest to easiest.

Zarya is easily the most challenging tank to use correctly. She needs to protect herself and protect others while dealing damage. Zarya players must know where and when to use her bubbles, while communicating with teammates to perfect strategies. For newer players, it might be hard to keep track of all the information needed to play Zarya effectively.

Likewise, her two weapon types are hard to master. The laser-like beam requires precision, as does her charged shots, though each is different. The short-range beam doesn’t do massive amounts of damage, but it can be very annoying if it’s positioned correctly. With the long-range shots, Zarya players must predict where shots will land to get good use of them.

D.Va’s recent adjustments have changed the way she’s played. Before, D.Va players could make an impact on their team just by holding down Defense Matrix. But since a Defense Matrix change was implemented, there’s more strategy involved. There’s a sweet spot where a player uses the Defense Matrix when they need it, but holds onto it so it’s available at more key moments. Discovering these timings can be a challenge.

Her weapons aren’t too hard to master, however. Her new Micro Missiles add more damage dealing potential, which is nice. But what makes her difficult comes down to one choice: Will you play D.Va defensively or offensively? The right decision can change as quickly as the tide of battle.

Roadhog is one of the more fun Overwatch tanks to play. Sure, Roadhog players need to have okay aim to land the right hooks, but there’s potential for players to just spam the hook and pick up players. At lower levels, he’s a great hero to mess around with. After the recent Take A Breather adjustment, where he can heal and move, Roadhog has become a lot more resilient, which is something he was lacking.

New Reinhardt players have the potential to make a big impact in-game with only a bit of communication. A lot of the time, Reinhardt needs to be positioned simply in front of his teammates, communicating with them to stay behind it. Let your teammates know how much damage you’ve taken and when they’ll need to protect themselves. It’s not immensely hard to learn, but can make a big difference.

Likewise, swinging a hammer doesn’t require perfect aim, but knowing when and where to drop the shield to Fire Strike or swing the hammer does.

Despite being released months ago, Orisa is still finding her place in the meta. But like Reinhardt, her shield functionality makes her relatively easy to play. Plop down your shield in a good spot and shoot away. Keep your teammates up-to-date on damage information, moving the shield when needed. Because she’s slow, you’re going to want to stay out of the heat of battle: You just can’t get away in time if things go bad.

Her Halt! ability can be hard to master, but it’s really fun once you get the hang of it. Moving enemy players out of position is key in Orisa’s kit.

Winston is consistently ranked as one of the easiest heroes to play, and for good reason: Precision doesn’t matter too much at all. The Tesla Cannon locks onto its targets automatically. It doesn’t do a ton of damage, but it’s a great weapon for new players to test out. Likewise, Jump Pack makes Winston’s mobility very high, allowing players to easily jump in and out of battle.

But as the rest of the heroes on this list, he’s one of the hardest heroes to master on an extremely high level of play. For the average Overwatch player though, Winston is easy and fun to play. Understanding his limits will be one thing for new players to consider. Entering into battle alone isn’t always a great idea, despite his mobility. Communication and teamwork are important for Winston players. Having back-up is essential for keeping Winston alive.