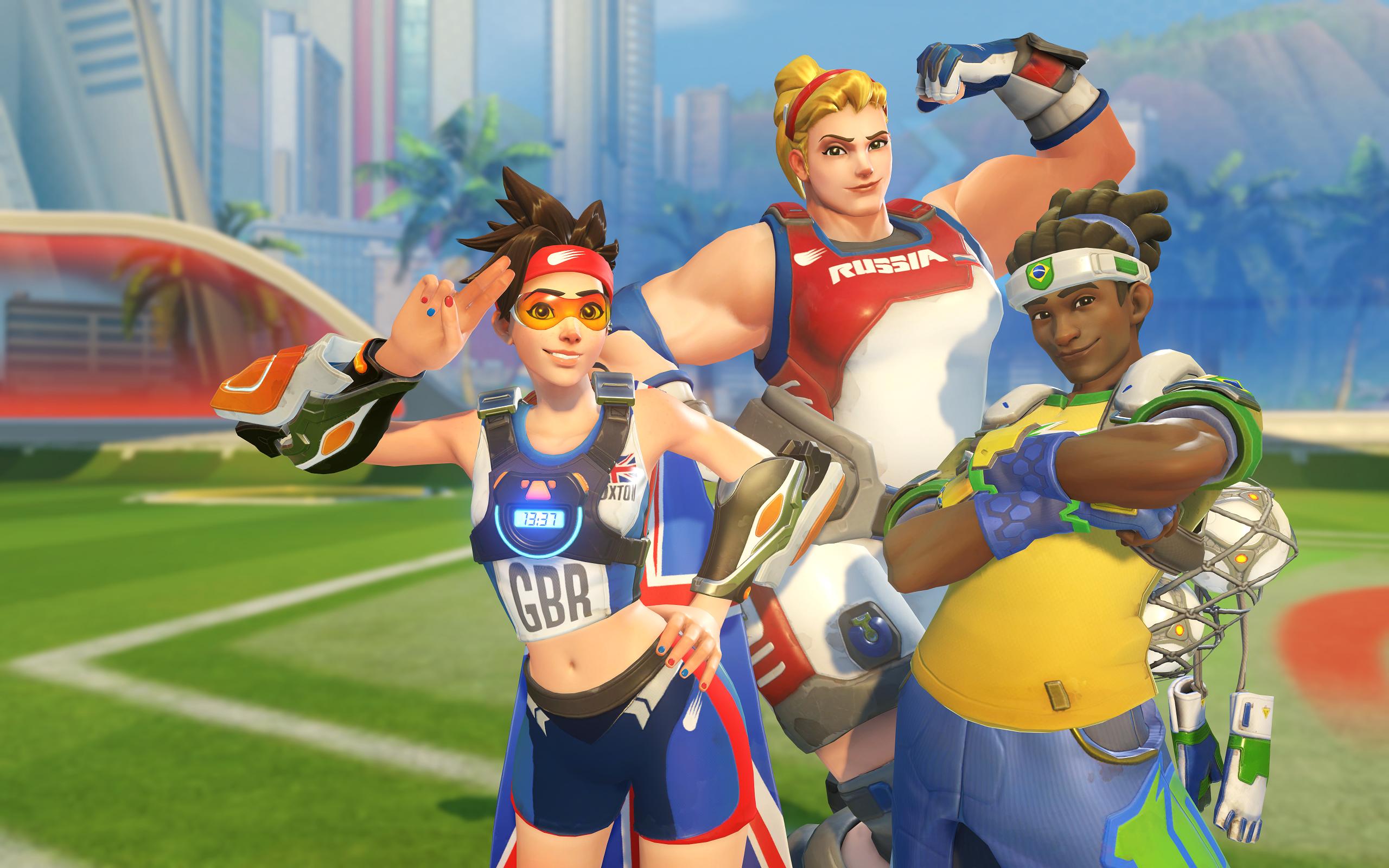 The Summer Games have come to Overwatch! That’s “Summer Games,” and totally not the Olympics, which is trademarked and can’t be used.

Today a patch hit Overwatch bringing some changes to Competitive Play, including a penalty for leaving games, balance adjustments to Watchpoint: Gibraltar, a host of new Olympic-themed skins, and a brand new game mode.

New skins themed on different sports and featuring the colors of the country each hero hails from will be available in a new limited time Summer Games crate in Overwatch. The crates also feature new sprays, emotes, victory poses, icons, and highlight intros.

Unlike normal loot crates, which can be purchased using in-game credits garnered through the loot crates awarded at each level up, the Summer Games crates must be purchased using real money—a minimum of $1.99, which will get you two crates. Each one is guaranteed to feature at least one of the over 100 new items, but that doesn’t mean it’s a skin or cool victory pose. You could get a common item, like a spray or icon. So if you’re looking to grab a specific skin, like that Torbjorn with the Swedish flag loincloth, you should be prepared to shell out a lot of money. And get ready for a lot of disappointment.

At least you’ll have one free chance to grab that track and field Tracer or that Wrestler Zarya. You’ll get a free Summer Games crate the first time you log in, and a themed crate for every level up during the event.

Alongside the crates comes a new brawl mode inspired by the home nation of this year’s Olympics: Lúcioball. The Brazilian deejay has a new soccer-style game mode featuring him and the Estádio das Rãs in Rio de Janeiro. Lúcioball pits three Lúcios against three Lúcios in a game with simple rules: get the ball into the net. Lúcio’s kit has been edited to fit the soccer-themed game mode, his primary fire now a melee perfect for dribbling the ball down the pitch. His speed boost will only affect the user, and his ultimate, instead of shielding, now pulls the ball toward him no matter where it’s at on the pitch.

While the game is soccer inspired, it’s more similar to another wacky soccer-based video game: Rocket League, the game where physics, soccer, and cars collide. It’s a wacky new game mode, one reminiscent of the off-the-wall queues Riot Games sometimes adds to League of Legends.

So log in, open your free crate, and queue up to score some goooooaaaaaaallls. Let the games begin! Errr… that’s trademarked too… so… let’s play some Overwatch?