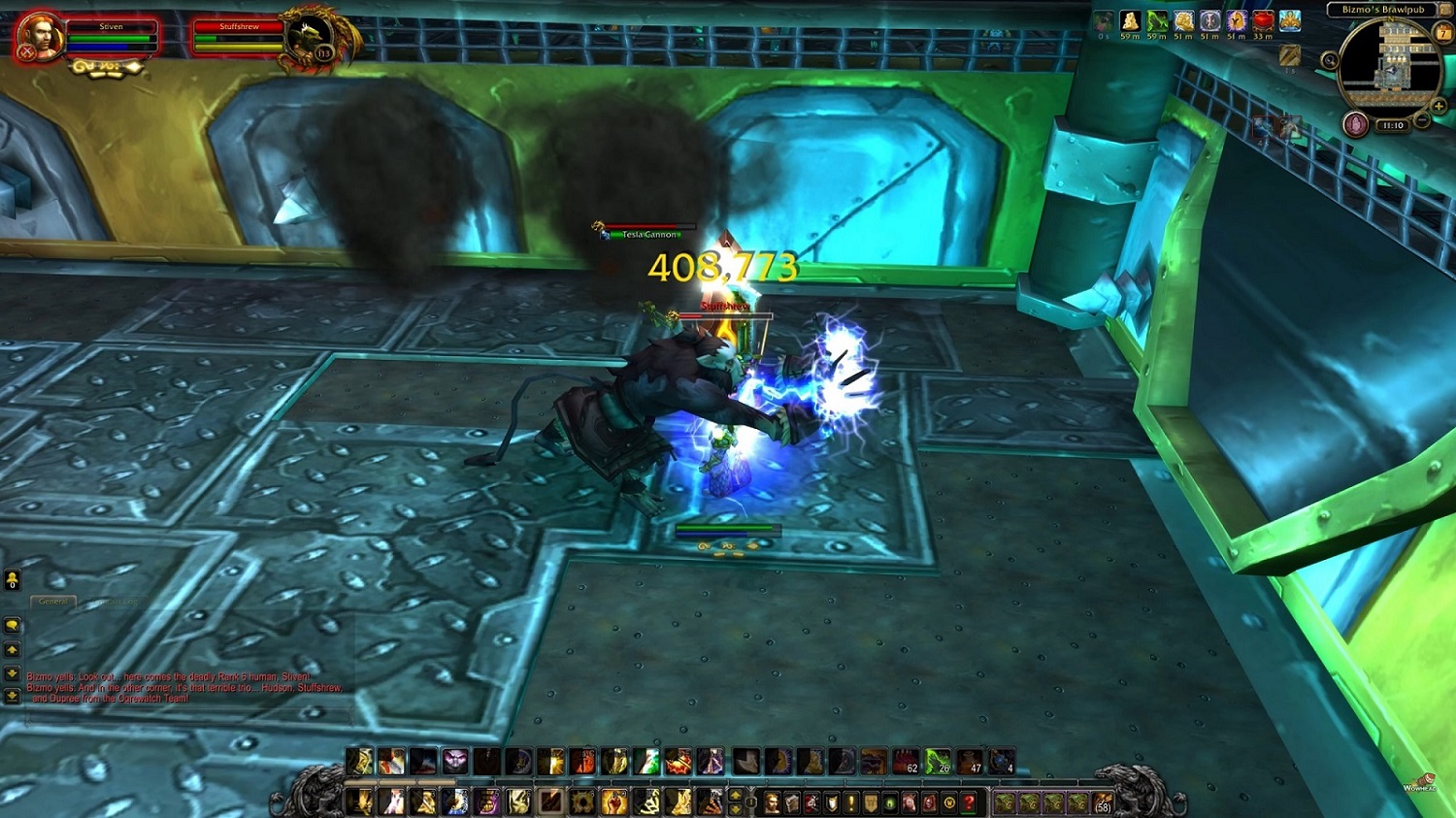 In the Brawler’s Guild—which was re-introduced in World of Warcraft patch 7.1.5 on the public test realm—players will face off against three seemingly familiar foes: Hudson, Dupree, and Stuffshrew.

The Brawler’s Guild disappeared for a bit before World of Warcraft: Legion was released in late August, but patch 7.1.5 brought it back to the game. The player-versus-environment boss fights pit a single player against a variety of ferocious foes, with each rank increasing the fight’s difficulty. There are seven regular ranks in total, with the eighth adding a special challenge. World of Warcraft’s Overwatch-inspired fighters are rank six, making them mighty fierce.

This isn’t Overwatch‘s first appearance in another Blizzard franchise, either. Overwatch heroes Tracer and Zarya are both playable in Heroes of the Storm. Where does Overwatch head next? Maybe Reinhardt will show up in Hearthstone’s taverns.