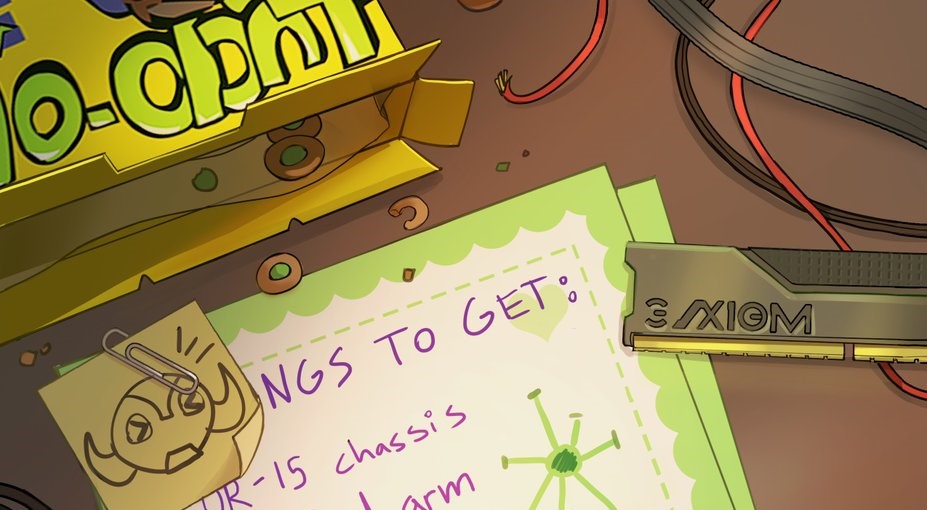 An Atlas News post last week on Blizzard’s website introduced players to Efi Oladele, an 11-year-old inventor who recently won a genius grant from Numbani’s Adawe Foundation. Days after that post went live, another clue went up that hinted Oladele’s presence at an attack at the Numbani International Airport. The young inventor was set to go on a celebratory trip, which was likely canceled due to the attack. Some time before or after the attack, Doomfist’s gauntlet was stolen from the Numbani payload and has been missing ever since.

Now we’ve got a little update from Oladele herself, courtesy of the Overwatch Twitter account. It’s unclear what exactly it means, though it suggests Oladele is building a robot.

Here’s what we know about the list so far.

Branford arm, fusion driver, and Oladele’s paint choices are less obvious, though the paint does seem to be inspired by Lucio, and in general, Numbani.

If Oladele is building Overwatch’s next hero, it’s possible we won’t get it for a while. A number on the wrench could relate to that, but we certainly hope not: 5-19 would translate to May 19, which is quite a ways away. Five plus 19 does, however, add up to 24—so the numbers could just be a hint toward the robot being the 24th hero. But being speculation, it’s still anyone’s guess.

Blizzard has yet to address the airport attack from last week, and Doomfist’s gauntlet is still missing. Whatever took the gauntlet is still at large, and could be related to the new hero. Here’s to hoping Blizzard doesn’t keep us hanging too long.