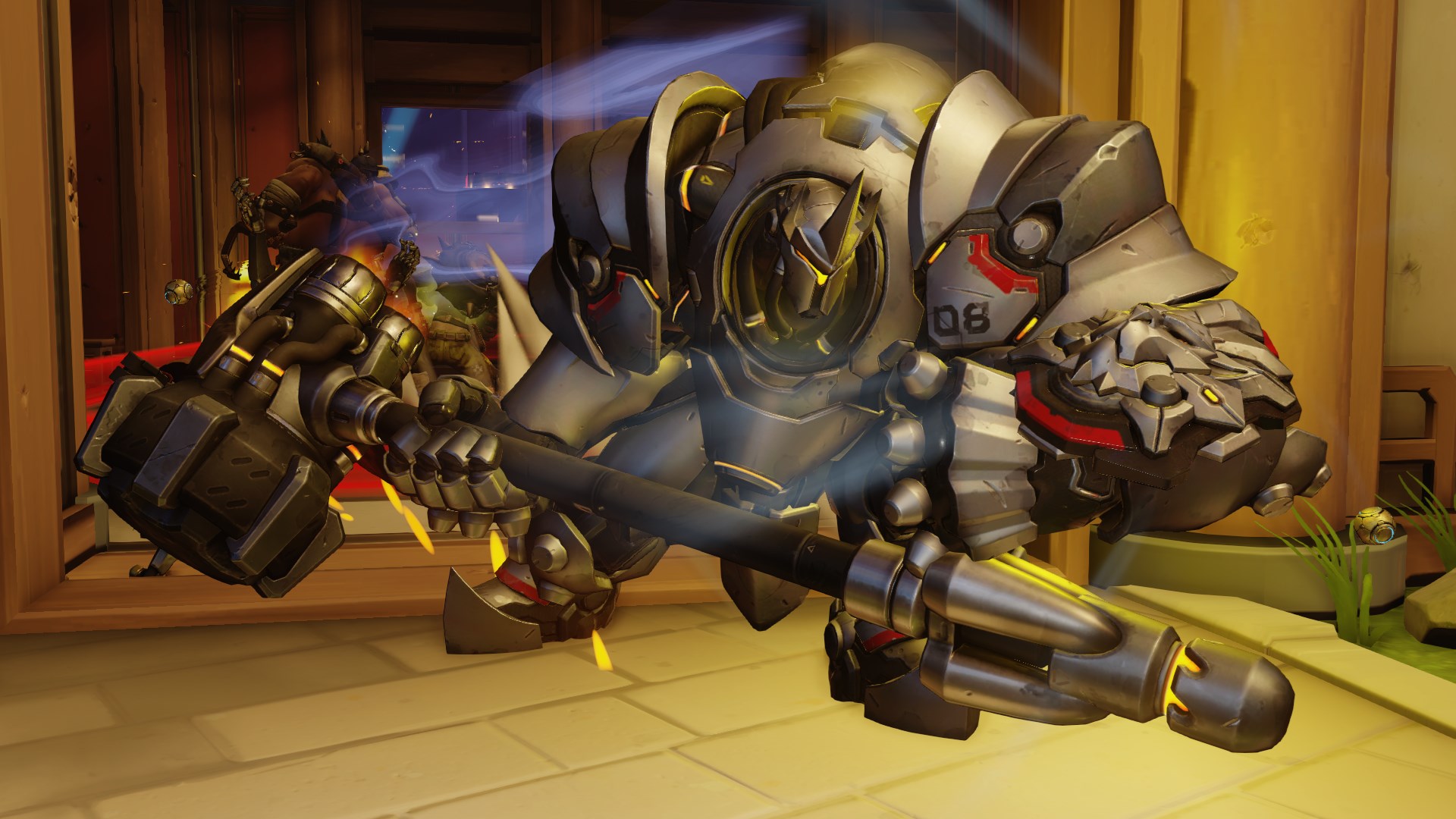 It should come as no surprise that Reinhardt continues to have a firm foothold on the Overwatch meta—but the game’s tanks are starting to crowd things a bit.

Overwatch tanks D.Va, Roadhog, and Zarya proved essential in addition to Reinhardt during this weekend’s two major tournaments, MLG Vegas and IEM Gyeonggi. Those four heroes, plus healers Lúcio and Ana, made up more than 33 percent of team compositions throughout the weekend, according to Overbuff. The next popular variant—with 14 percent—knocks out Zarya in favor of Soldier: 76.

Overall strength and survivability as Overwatch‘s tank heroes is part of their draw, but for compLexity Gaming’s Jack “Shake” Kaplan, the tank heavy meta is a product of Ana’s biotic grenade, which grants teammates hit by it with 100 health and 100 percent healing from other sources. “Tanks themselves are pretty balanced overall,” Shake told Dot Esports. But that doesn’t mean the meta will necessarily work all all teams. For Shake, it didn’t work for compLexity.

“We actually realized about halfway through out bootcamp for Vegas that we wouldn’t be able to beat some teams in the tournament if we ran tank heavy compositions,” Shake said. “We decided to play compositions that we are good at instead of playing the meta.”

Though compLexity was knocked out of the Overwatch Invitational at MLG Vegas in the group stage, the team did see success bucking meta trends, beating Rise Nation 2-0 and taking a map from fourth place team Fnatic. “Some other teams made similar switches to compositions they’re more comfortable with mid-tournament and performed better with those compositions,” Shake added.

At MLG Vegas, one of those was Team EnVyUs—the team that took home the $40,000 first place prize. For the most part, EnVyUs stuck to meta trends, running what’s expected from the current meta. The times EnVyUs really shined, however, are when the the team started to choose variant heroes, creating situational lineups that caught opponents off guard. Often times, EnVyUs opted out of a Zarya player, putting Jonathan “HarryHook” Tejedor on Soldier: 76—the second most common lineup this weekend according to Overbuff. Occasionally, however, HarryHook took to Reaper, who hasn’t seen much play as of late. Why? Because he’s really vulnerable to the combination of multiple tanks. HarryHook’s Reaper play likely caught other teams off guard, allowing the player to perfect his positioning and knock off tanks one by one.

Similarly, EnVyUs showed success in using newly reworked Symmetra in specific situations. Dennis “INTERNETHULK” Hawelka used Symmetra’s turrets effectively on Dorado and King’s Row. Her turrets proved especially useful on Dorado in regards to map awareness, alerting EnVyUs as to where opposing teams were headed. Combined with her new shield generator, it was hard for any teams break a hold on first capture points being overseen by Symmetra. Though she’s seen a certain resurgence in play time at Overwatch events, it’s unlikely she’ll become one of the core heroes professionals choose to play. That’s not to discredit her handiness, though—she proves incredibly important on capture point defense, but professionals haven’t yet figured out a way to completely utilize her in other circumstances.

Still, the majority of Overwatch matches over the weekend saw extreme reliance on the core group of tanks and healers. And some players aren’t happy about that. “[It’s] literally no fun to play Overwatch with this patch,” Luminosity’s Jonathan “Kryw” Nobre said on Twitter, citing Ana’s healing grenades creating indestructible tanks as the major problem.

Players and teams willing to forgo meta trends and create creative counters for the tank heavy style will continue to keep the game interesting, at least until the next big patch. There will always be an opening for interesting play—like compLexity’s Jake “torkTJO” Lepoff gearing up as Sombra or Fnatic’s Hafþór “Hafficool” Hákonarsonis in the skies as Pharah—with Overwatch‘s diverse hero pool.