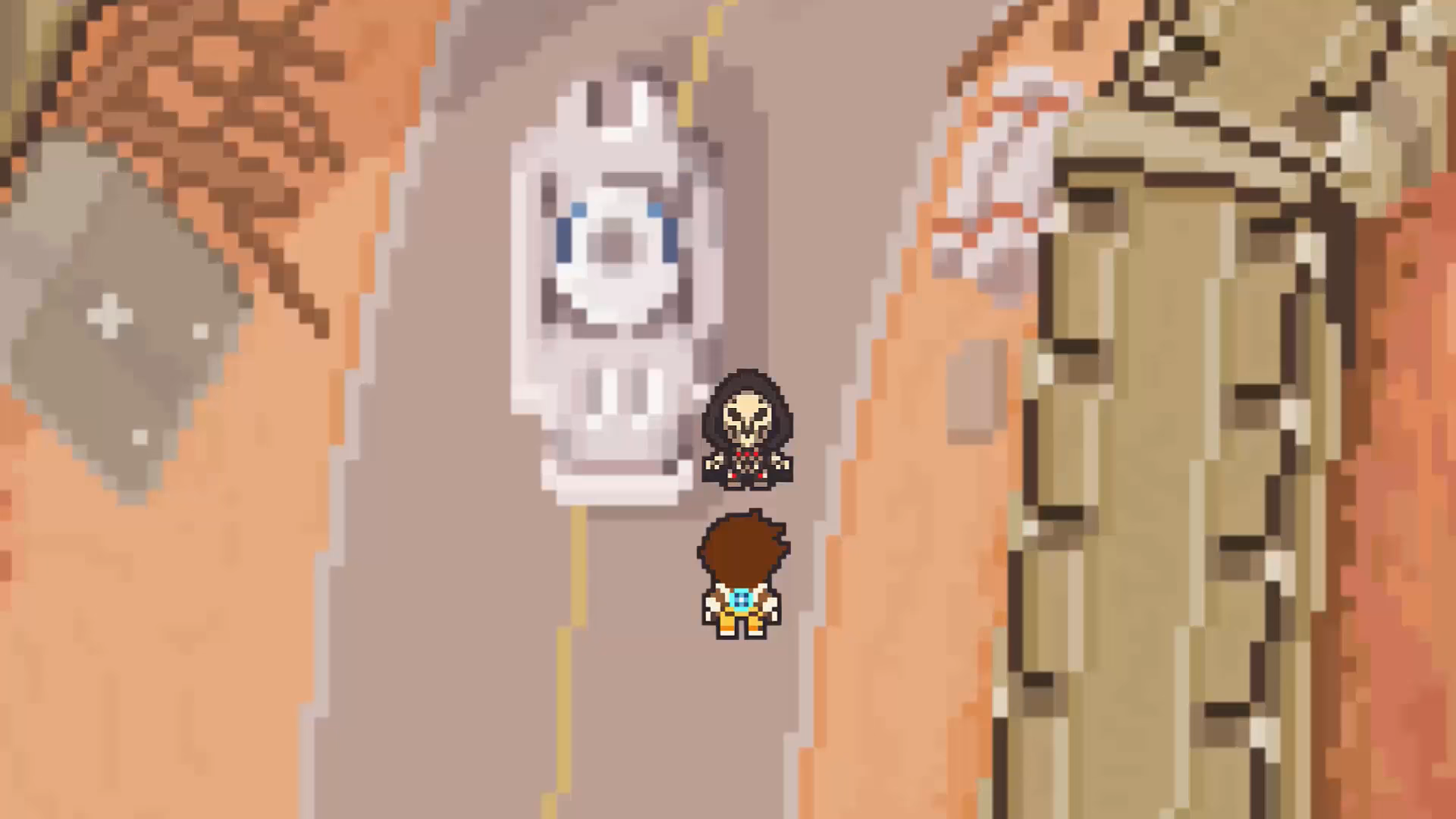 Get ready to battle, but not in the way you’re used to in Overwatch.

YouTube creator iDeViL360 made an awesome video titled “If Overwatch were Pokémon,” which puts together the two popular titles to create PokéWatch. The pixelized version of Overwatch takes on a Pokémon gameplay style. Junkrat is Professor Oak, Tracer is Red, and Roadhog is the rival.

Tracer can choose between three “Pokémon”: D.Va, Torbjörn, or Genji. She, of course, picks Genji before heading out into the PokéWatch world, which is a mixture of Horizon Lunar Colony, Illios, and Route 66 paired with Australian music.

It’s a pretty fun mashup of Overwatch and Pokémon. After beating Reaper and destroying Team Talon, Tracer takes on a never-ending swarm of Hanzos before being healed by Mercy and sent back in time using Recall. Whoops!