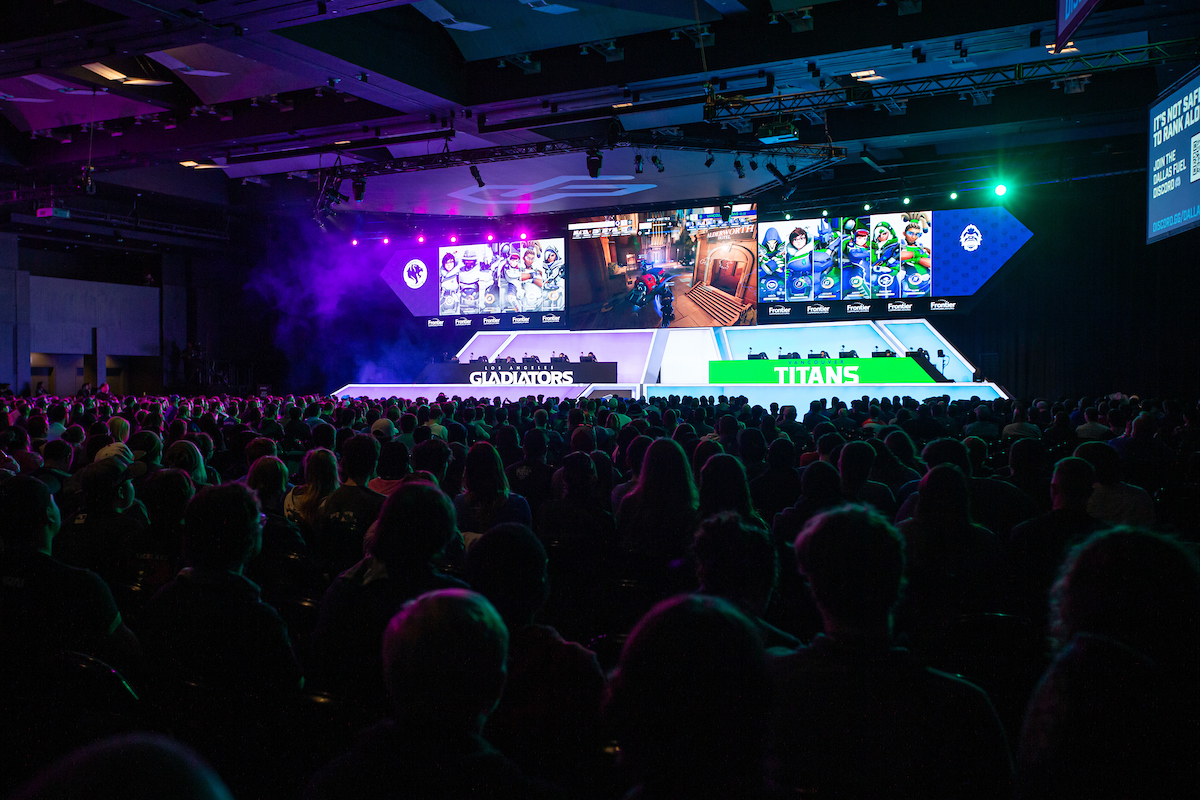 The first few months of the current Overwatch League season have felt scattered thanks to event cancellations and a transition to an online competition model due to the COVID-19 crisis. To up the stakes for this season, the league will be shifting to a tournament model for the month of May with thousands of dollars and bonus wins on the line.

Vice president of the Overwatch League Jon Spector appeared on the Watchpoint post-show to make the announcement and outline the tournament structure. League teams will be divided into two regions for the tournament: North America and Asia. Thirteen teams located in North America will compete in one region and seven teams located in Asia will make up their own bracket.

For the first three weekends of May, teams in each region will complete regular matches that will be used to seed them into the tournament bracket. The May Tournament will take place on May 22, 23, and 24. In North America, the 12th and 13th ranked teams will play a qualifier match to get the final spot in the bracket. May 22 will be a “knockout round” for North America as teams move on to the quarterfinal and semifinal matches.

In the Asia bracket, the first-seeded team will receive a bye into the later rounds of the tournament. The other six teams will compete to earn a spot to face off against them later in the May Tournament. These competitions serve to replace the Midseason Tournament, which was canceled due to the COVID-19 crisis.

Thirteen teams will compete in the North American bracket:

Seven teams, including former North American teams who have moved back to South Korea to support their players, will make up the Asia bracket.

Substantial prize money is on the line. The first place teams in each region will take home a whopping $40,000 and second place teams will win $20,000. Two semifinal teams get $5,000 and teams also earn $5,000 for each individual win in the tournament.

Bonus wins, however, may be the most important part of the tournament for some teams. The first place team in each region will add three “bonus wins” to their season record. Second place gets two wins and two semifinal teams in each region will receive one win. For mid-range teams, a tournament win could shoot them to the top of the leaderboard.

“We heard a lot from them that they wanted these tournaments to matter, not just in terms of prize money but just to have some more meaningful stakes,” Spector said.

Spector insinuated that more tournaments could take place in June or July, but for now, the priority is the current May tournament.

The Overwatch League’s servers have also been updated to accommodate cross-regional play for North America. Over the past month, teams have generally been playing only against teams in their direct geographical circle to create a competitive situation with the lowest amount of ping possible. Beginning next weekend, North American teams can play with rivals across the country for the first time since online play began.

Next week, the Overwatch League games begin at 3am CT on May 2 when the Guangzhou Charge takes on the Seoul Dynasty.