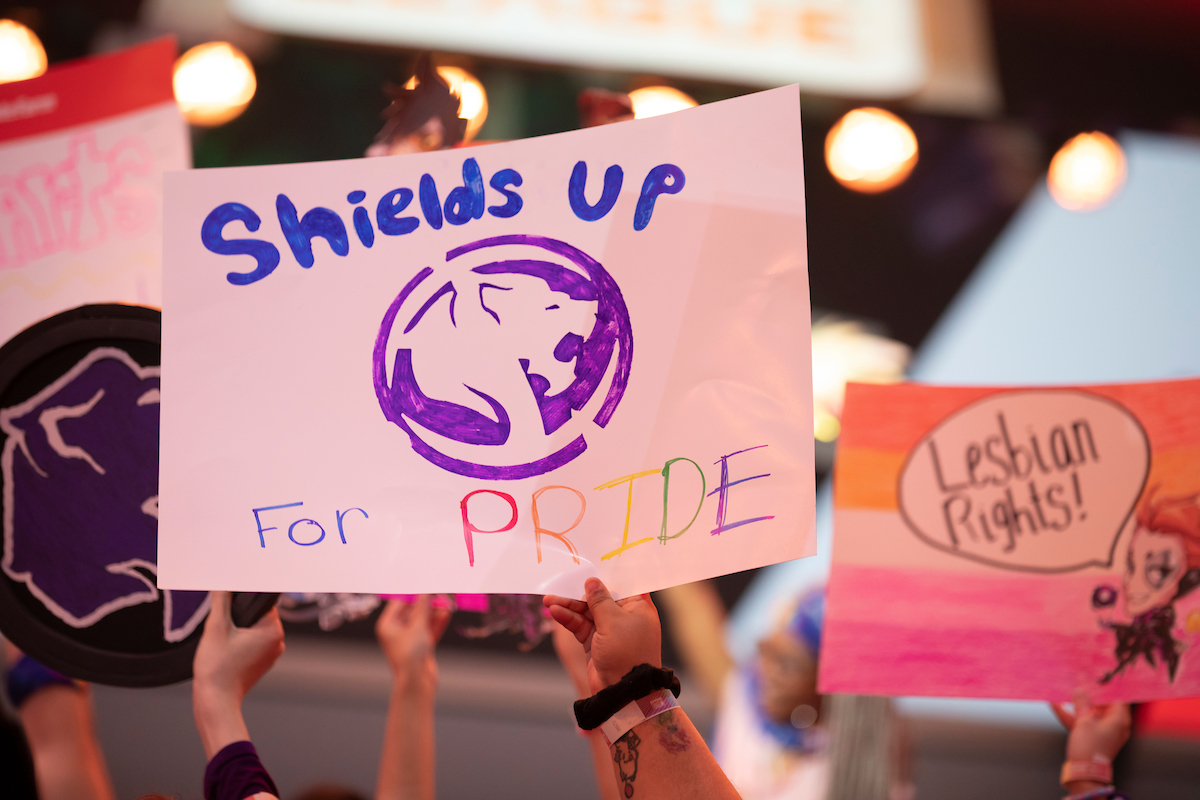 On Friday, June 7, the Overwatch League celebrated Pride Day in Los Angeles’ Blizzard Arena. Fans arrived decked in flags and rainbows, holding signs that loudly supported the day’s festivities. The broadcast was, as expected, pretty wild. But the South Korean Overwatch League broadcast seemed to gloss over the louder, prouder parts of the show, according to “insiders” who spoke to Kotaku.

Each region that broadcasts Overwatch League games is given the feed out of the Blizzard Arena as a baseline. The regions then add their own casters and talent in their native language. They are also given autonomy as to what to do with that base feed, according to one of Kotaku’s insiders.

The base feed of the Friday night broadcast would have included shots of fans holding signs that said things like “let’s go lesbians” while decked out in pride flags and merchandise. But the signs and outward celebrations in the arena weren’t prominent in the South Korean broadcast as they were in the American broadcast, according to one of the fans who spoke to Kotaku.

South Korea is a notoriously conservative country when it comes to this topic and same-sex marriage isn’t legal there. Blizzard regional broadcast teams had a discussion about Pride Day activities last year and how they would “come off” to audiences in Asia, according to Kotaku’s insiders.

The American side of the broadcast was full of pride, with casters and talent sporting rainbow accessories and speaking openly about the intentions of the day’s events. The Pride Day events also spanned beyond the Blizzard Arena, with multiple LGBTQ-based Overwatch League watch parties participating in the activities.