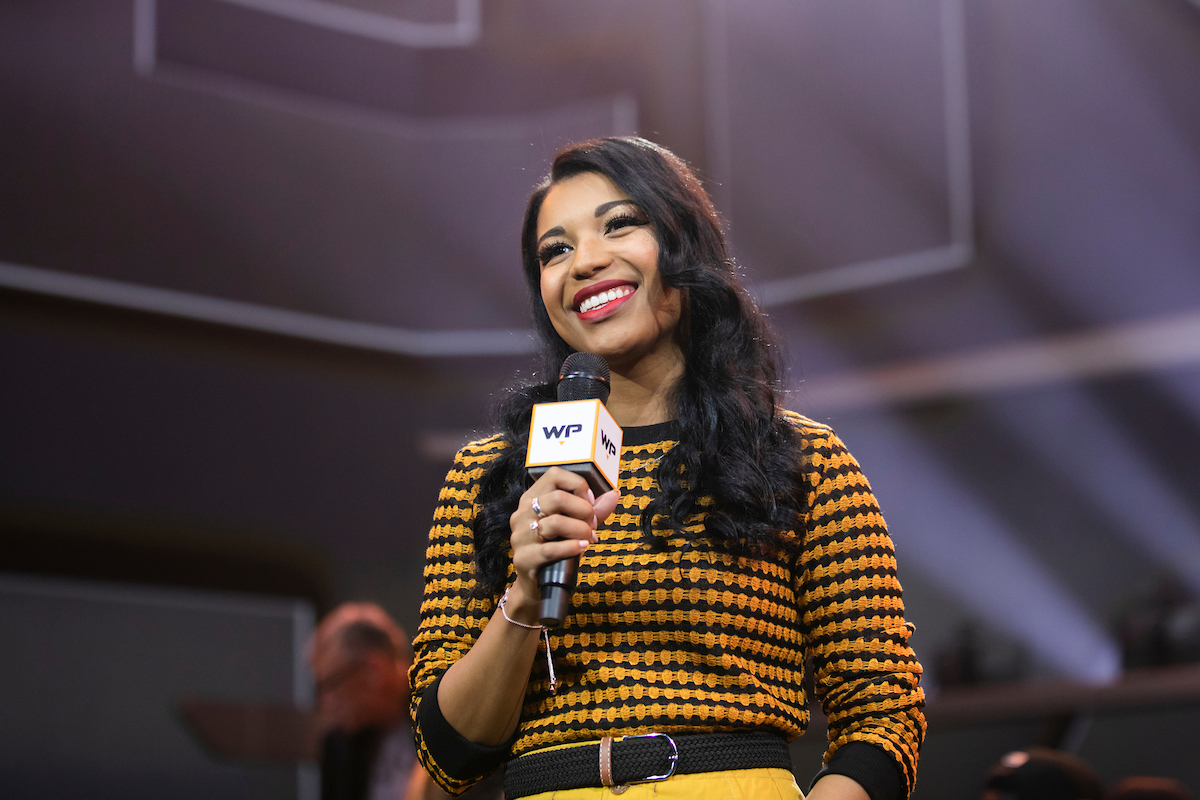 Some people assume that esports is a man’s world. The March 8 broadcast of the Overwatch League aimed to prove that idea wrong for International Women’s Day.

Special guest Anjali Bhimani, voice actor of reality-bending turret expert Symmetra, attended the games and motivated the crowd. Additionally, a special segment from the Watchpoint Preshow aimed to illustrate the importance of women in building and maintaining the league.

If players are the only metric for measuring equality in the Overwatch League, the outlook is bleak: only one woman—Kim “Geguri” Se-yeon, Shanghai Dragons—currently competes. But that doesn’t extend to the world behind the arena’s walls, where women are responsible for much of the broadcast and organization.

“I don’t know if people realize how much women shape the Overwatch League,” said broadcast producer Ashley Middlebrook in a video that interviewed important women in the league.

“I don’t think that this league would work at all without the women,” said Kate Mitchell, general manager of the Washington Justice. The emphasis for the International Women’s Day video is to show the contributions that women have made, and make every week, to bring fans their content. Mitchell continued, “No matter what, the Overwatch League is brought to you by women.”

Another big part of the celebration was an early appearance by Bhimani, who spoke at length about how being a part of the Overwatch universe has impacted her life. When asked about the importance of diversity in the game, she said, “[diversity is] as important in gaming as it is in the world.” Bhimani continued, “None of us are defined by any one characteristic…we’re all a combination of what makes us, us.” She finished her interview with host Mica Burton by urging women, and anyone interested in esports, to quiet the voice that says “I can’t” in the back of their heads. It’s an idea that was echoed throughout the evening.

“I’m helping inspire other female gamers who want to be a part of this industry,” Middlebrook said. “I think that’s just the most beautiful thing.”