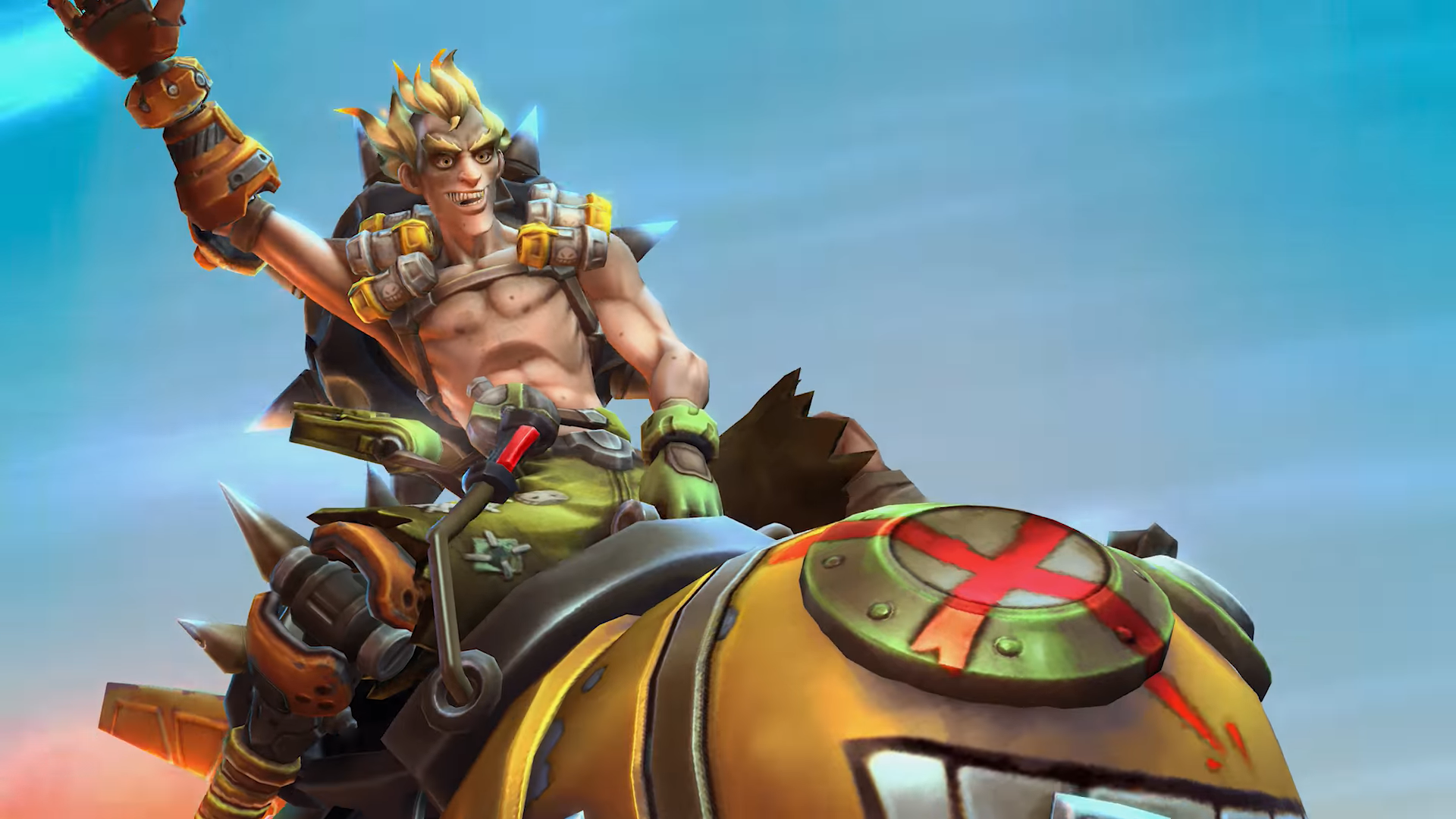 Overwatch hero Junkrat is now playable on Heroes of the Storm’s PTR.

His Heroes kit will look familiar to anyone who’s played the Australian bad guy in Overwatch. The only new addition is his second Heroic Ability, Rocket Ride. Rocket Ride launches Junkrat, who’s riding on a rocket, into the air. He can steer toward a landing location, and when he lands, he deals massive damage to enemies. Junkrat will reappear at the Altar unharmed, with 150 percent additional movement speed until he dismounts.

Here are the full notes on Junkrat’s Heroes of the Storm abilities, courtesy of Blizzard.

Junkrat joins Ana, who entered the Nexus on Sept. 26. He’s the last Overwatch hero confirmed to join Heroes, but there’s been speculation that Hanzo will join the crew next.