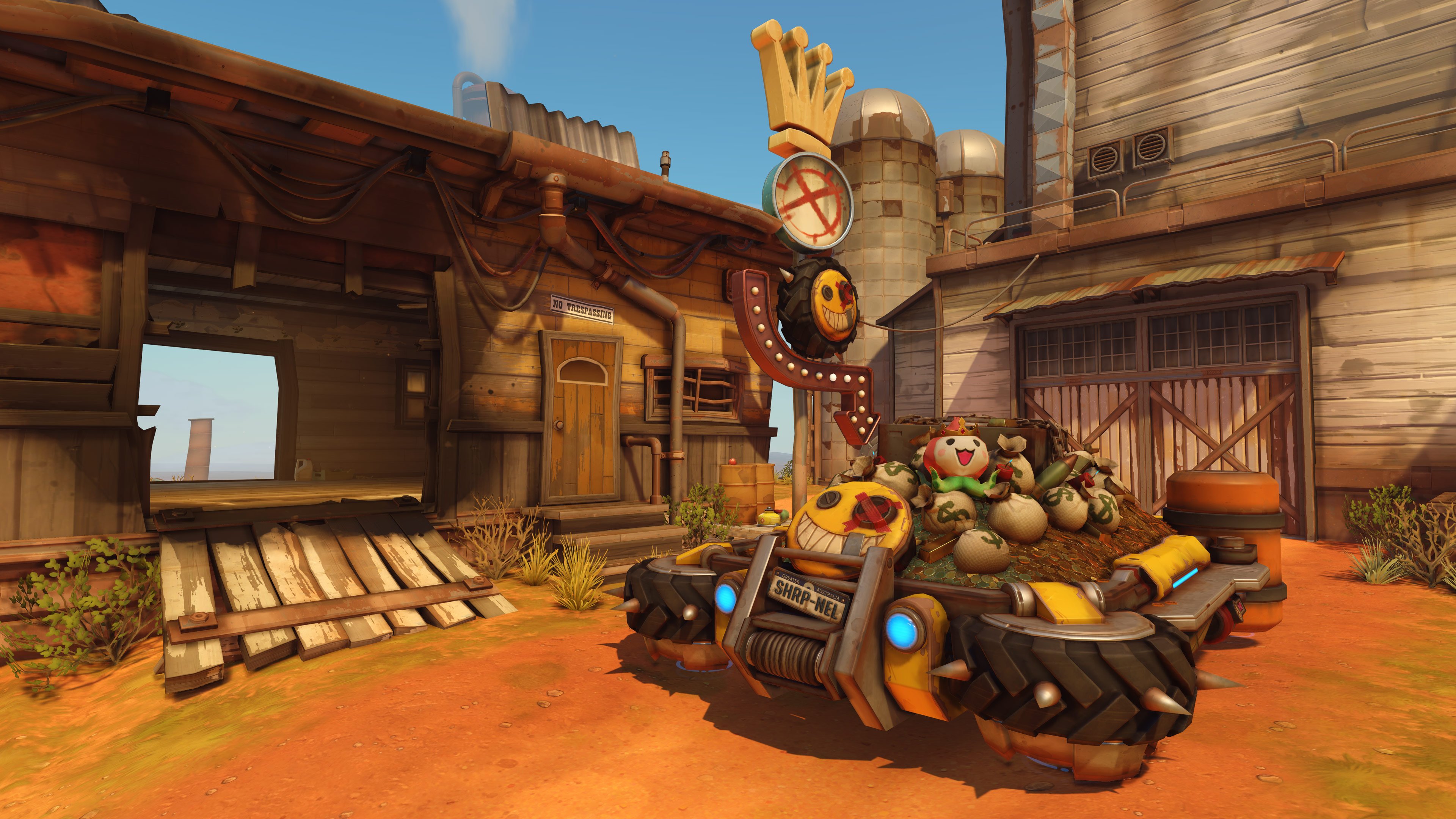 After initially being revealed on Aug. 21 at gamescom in Cologne, Germany, Junkertown spent weeks in testing on the Overwatch PTR. But the new map is now ready to be unveiled to the public on the Overwatch live server.

The winding Escort map has players pushing a treasure-filled payload from the outskirts of Junkertown straight into the junker queen’s lair. Its unique attributes, like its rotating platform and diverse flanking routes, will certainly make for an interesting first few weeks as players get used to its intricacies.

Plus, it’s a peek inside the lore of two of Overwatch’s most beloved characters, Junkrat and Roadhog. Both Australian baddies hail from Junkertown, which is part of central Australia. The farmlands that stood before were destroyed in a revolutionary war of sorts broke out between the omnics and the folks living in the outback. Those that survived are called the junkers, and Junkrat and Roadhog were once among them.

Blizzard never gives an exact time for its Overwatch patches, but players can expect an update around 1pm CT.