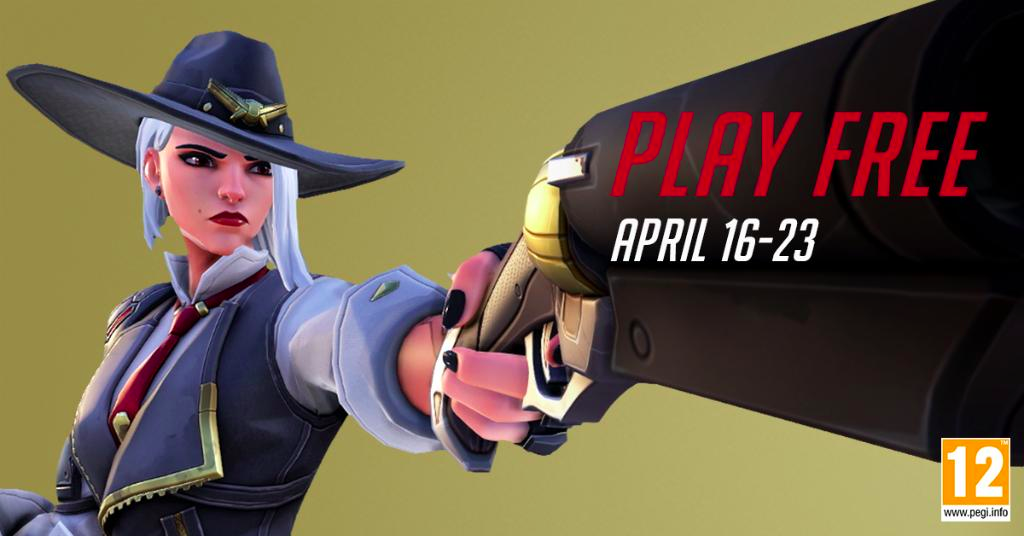 If you’re sick and tired of endlessly grinding away your precious hours playing League of Legends, or if you’ve had enough of being flamed, left, right, and center in Counter-Strike, Overwatch could be the perfect solution.

Overwatch is free to play from April 16 to 23 on PC, PlayStation, and Xbox One. If you’re one of those players who have forever been curious about the Blizzard sensation, then this is a prime opportunity.

The game normally costs $19.00, but if you don’t want to risk spending your hard-earned cash, you can give it a go for free. If you find it to your liking, however, you’re more than welcome to invest.

Overwatch is a game that everyone can enjoy. If you’re a player who likes to sit back and support your team from the sidelines, a hero like Zenyatta could be for you. Hover around, legs crossed, and throw out endless orbs of life and destruction.

If you’re a player who likes to go head first into the action, Tracer may be your cup of tea. Flank around your enemies, and pick them off, one by one, with your ultra fast speed and pulse guns.

If neither of these cut it for you, Reinhardt might. Weild a huge shield and protect your team as you escort them closer and closer to the objective. If you’re feeling dangerous, whip out your hammer, and swing away to your heart’s content.

Altogether, there are 30 different playable heroes in Overwatch. It’s a game that’s great for both casual and hardcore players. If you’re interested in fast-paced gameplay, solo queue could be for you—but if you’re more keen on the competitive side and you want to know the ins and outs of the metagame, the esports scene is thriving.

Why not give Overwatch a chance? There’s nothing to lose.