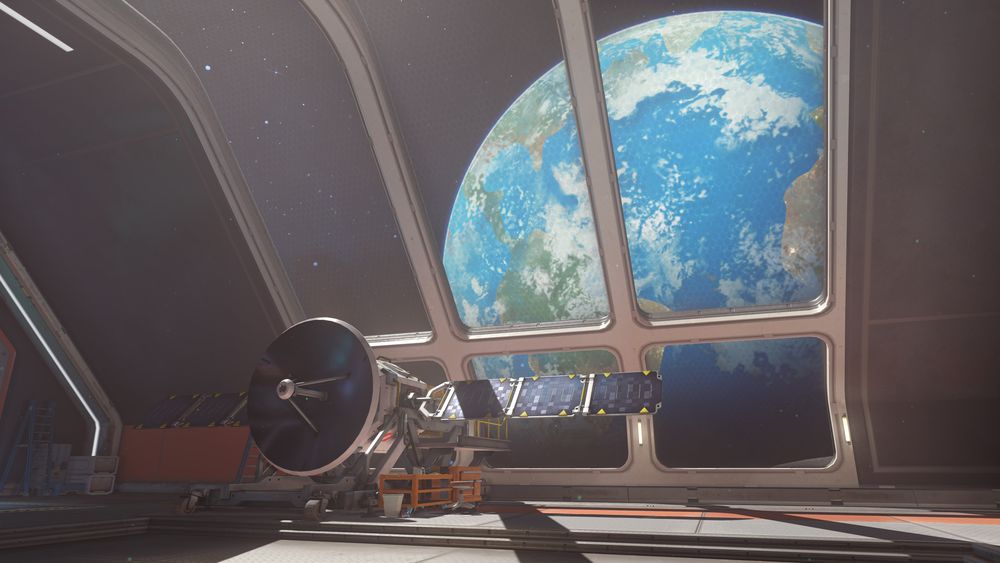 Get ready, kids. We’re going to the moon.

Blizzard is almost ready to launch its Overwatch players to the Horizon Lunar Colony map, the developer posted today to Twitter. The map will go live on June 20.

“In our earliest maps, our lead environment artist Easter-egged in this super city on the moon,” Blizzard said in a behind-the-scenes video. “It’s up there. You can see the city twinkling in the sky.”

Players will finally be able to explore the colony where Winston grew up, which is something Blizzard is looking forward to sharing with Overwatch players.

“There were a couple moments from the Recall animated short that we wanted to make sure to capture in the map,” Overwatch game director Jeff Kaplan said. “We knew players saw those moments and want to relive them for themselves.”

Those spaces include Winston’s dormitory, the telescope room from the animated short, as well little areas that clue players into the reasons that Winston left the colony to head to Earth. Players will be able to operate almost as forensic detectives, placing together the narrative of what went wrong on the moon.

Of course, there are new ways to explore gameplay on the “two checkpoint” map as well. Besides telling a story, the map introduces new gameplay strategies for players to adapt to. Low gravity areas have the potential to introduce exciting matches in both competitive and casual play.

Horizon Lunar Colony has been in testing on Overwatch’s public test region since late May.