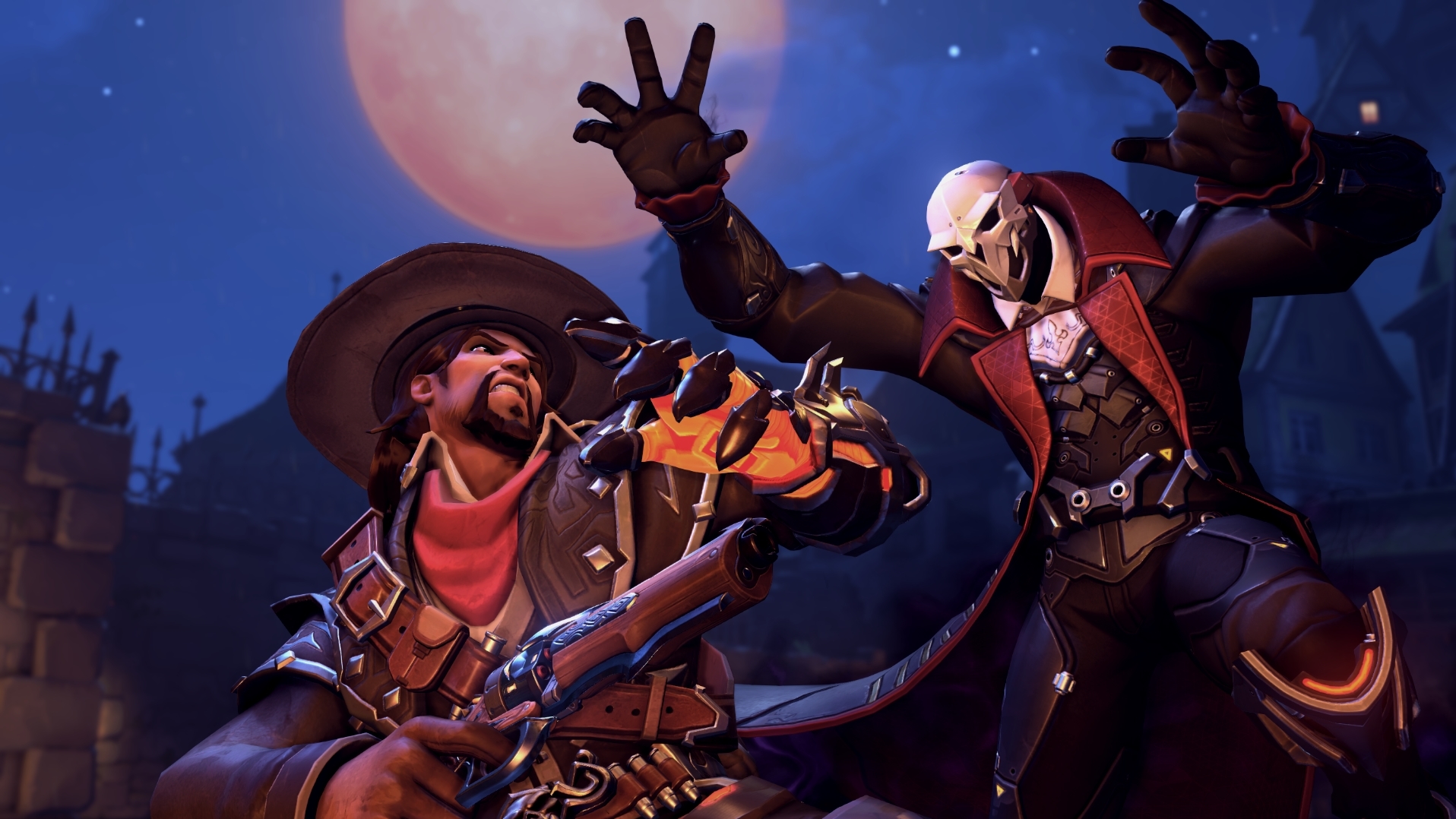 Halloween Terror has returned to Overwatch for 2017, and it includes some balance changes to a few heroes, as well as an adjustment to how casting ultimates work.

Across the board, ultimate charge is now immediately expended when a hero’s ultimate ability is activated, instead of depleting over a short period of time. This has a varying effect on how ultimates are interrupted, depending on the hero.

A number of heroes in Overwatch have a “cast-time” when they press their ultimate button, and this change will help them out. But, there is still a very small window when the ability begins, so they can be canceled if they are hacked or stunned in that time frame. These heroes include Ana, D.Va, Hanzo, Junkrat, Lucio, Mei, Orisa, Reinhardt, Sombra, Symmetra, Tracer, and Zarya.

Heroes with “channeled” ultimates can also be stunned or hacked out of their ability, with a much larger window, meaning that they can be taken out of their ability at any point while and after they have casted them. These heroes are Doomfist, McCree, Pharah, Reaper, and Roadhog.

Let’s take a look at how these changes affect a few heroes.

This change stands out from the rest, as it has nothing to do with ultimate casting, but instead gives D.Va players more flexibility when using her Boosters ability.

This has to be considered a buff for Genji, as he can no longer be hacked or stunned out of his Dragonblade once he has cast it. The ability is somewhat telegraphed as it has a long cast time, but the change to make ultimates drain immediately will make it very difficult to stop him once he has begun.

This change brings Orisa’s ultimate in line with other heroes in the game, as she can now be stopped while putting down her Supercharger.

This ultimate change means a pretty nice buff for Sombra, although the effect is only mentioned to work with her Hack ability, and not her EMP ultimate.

Other than the ultimate change, Assault maps have also seen a couple of UI quality of life changes, as the progress bar at the top of the screen will now denote which team is capturing it by showing their color. The number of defenders as well as attackers on the objective will also be shown just below the progress bar.

These changes are now live in Overwatch, along with a bunch of new skins, emotes, victory poses and more. Check them out today.