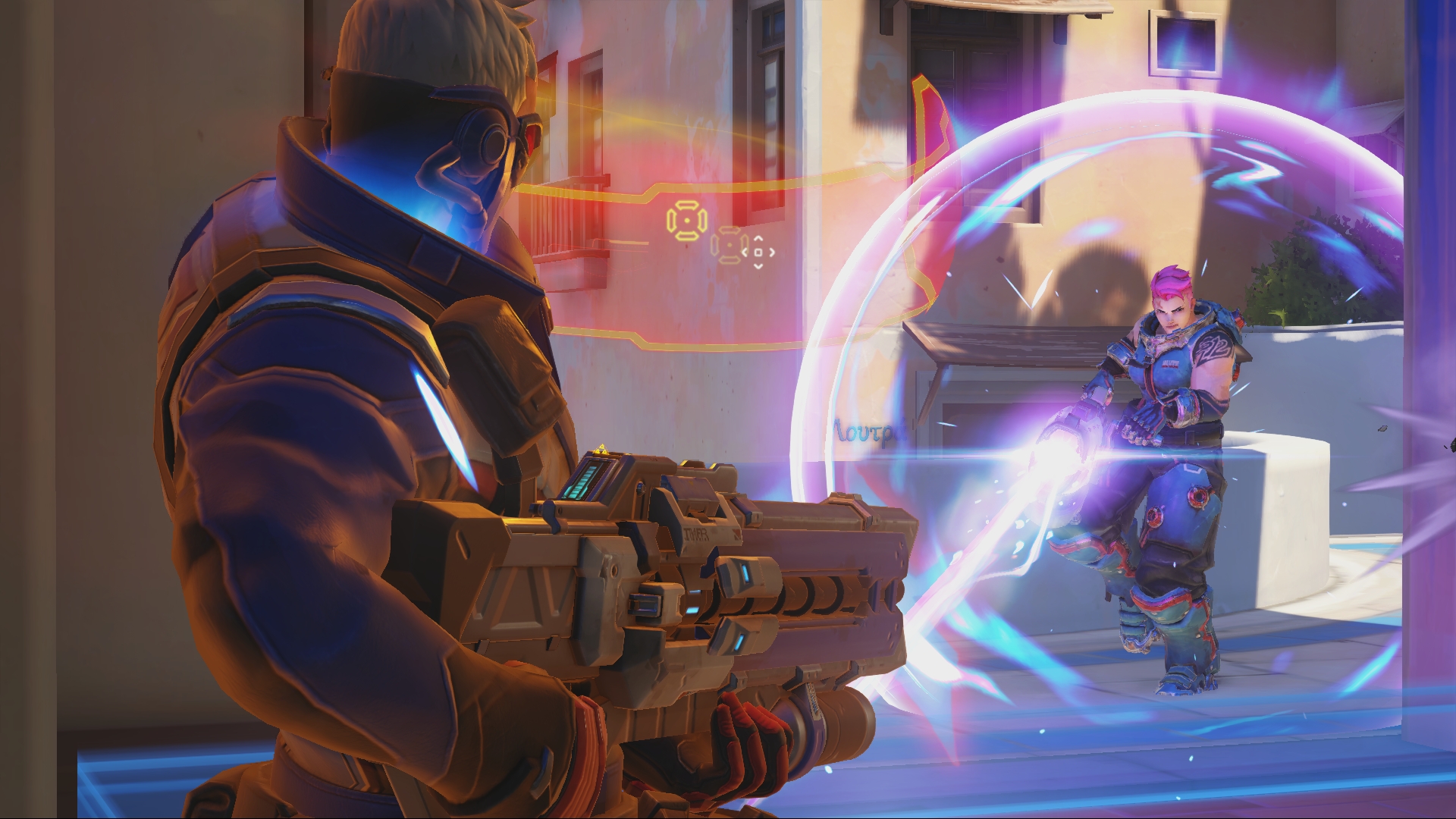 Overwatch is expected to see major growth in 2017. The start of Blizzard’s new competitive league should propel the game in front of a wider audience, and the company is even reportedly courting professional sports executives to invest in Overwatch League teams.

Now is the perfect time to brush up on the current state of the game.

This kind of mainstream investment in Overwatch League is good for the game as a whole. It’s likely we’ll see the competitive scene grow faster than it did in 2016—which was pretty darn fast to begin with. Blizzard announced the Overwatch League at BlizzCon in November, just six months after the game’s release. The developer hasn’t released many details regarding the league itself, though it’s expected to announce more in the coming months. Eventually, Blizzard expects Overwatch League to base its participating teams around cities, much like professional sports. A truncated debut season is expected to begin around July, with a full season next year.

That growth means lots of newcomers will be flocking to Overwatch. And that’s great! For many not already invested in esports, these teams will be unfamiliar. Likewise, players are streaming in from smaller esports scenes—and it’s hard to root for a team when you’ve got no idea about the players. This will change as competitive Overwatch grows. Believe it or not, there was a time where no one knew about League of Legends’ Lee “Faker” Sang-hyeok.

But until you’re all caught up and know the competitive Overwatch scene as if it were family, we’ve got your back. This is everything you need to know to get into Overwatch esports.

The game was only officially released in May 2016. but Overwatch already has a lot of professional teams. And as it grows in popularity, we can expect to see more major players getting involved in Blizzard’s colorful hero-based shooter.

Plenty of teams have already begun to stand out among the rest.

North American organization EnVyUs (which has all European players) is arguably the best Western team playing Overwatch right now. The team’s seen success in all of their tournaments this year, placing first in both of December’s major tournaments, Major League Gaming’s Overwatch Invitational and OGN’s Overwatch APEX Season 1. Other major North American esports organizations have signed Overwatch teams, too, though Cloud9 and Fnatic have been the most successful.

In Europe, Rogue and Misfits stand out, especially after a three-way trade deal with Luminosity Gaming that left all teams stronger than ever. With flex player Sebastian “Zebbosai” Olsson in a leadership position, the Swedish roster is destined for success.

And that’s only the beginning. There are plenty more Overwatch teams—great Overwatch teams—with fantastic players. But if you’re looking to jump right into the esports scene, watch out for these guys at any major tournament.

Now you know who’s got skin in the game—who do you root for? Watching Twitch streams of professional Overwatch players is a good way to get familiar with teams and their playstyles, but there are always VODs of previous tournaments, too. Analysis from casters will help you keep track of what’s going on in-game—and that’s a plus. Here are a few to get you started.

The quarterfinal match of OGN’s Overwatch APEX Season 1 in November pits Rogue against EnVyUs. Former EnVyUs player Ronnie “Talespin” DuPree left the team shortly before EnVyUs’ APEX run; Pongphop “Mickie” Rattanasangchod, formerly of Team Thailand at the Overwatch World Cup, joined the team at the last minute. Many fans were concerned that the team wouldn’t have enough time to adapt to their new lineup, but EnVyUs showed up strong and demonstrated how to play the triple/quad tank meta.

There are a few players in particular to look out for in this matchup: Ryujehong, Miro, and Hwang “nanohana” Yeon Oh. Ryujehong is a master support, playing Ana against LW.Red. His ability to keep his team alive while doing massive damage is incredible. This is a guy with game sense that’s perfect for setting his team up for dominance. Paired with tank player Gong “Miro” Jin-hyuk, Lunatic-Hai always looks pretty good. LW.Red’s DPS player nanohana gives Lunatic-Hai a challenge with his Soldier: 76 play in this matchup, though.

The MLG Vegas semifinals has it all—teams tried out a variety of strategies, which, of course, includes the four tank meta. However, both FaZe Clan and Fnatic tried to do things differently. FaZe had their world-class Genji player George “ShaDowBurn” Gushcha on high-flying Pharah for a bit, while Fnatic’s Oliver “Vonethil” Lager took to Symmetra to hold a defense. Oh, and a bit of Hafþór “Hafficool” Hákonarsonis dominating on Pharah, too.

Overwatch is a notoriously hard esport to watch. If you’re new to the game, you’ll likely have a hard time keeping track of what’s going on. Figuring out who’s ahead at any given time can be a challenge, especially considering that Overwatch still doesn’t even have a scoreboard. But until Blizzard gives us that (and the company has promised better spectating options) we’ll have to make do.

Here’s how to make viewing a bit easier.

Most broadcasts will have a basic scorecard displaying team lineups at the top of the screen. The heroes players are using will show up there, along with a percentage counter ticking up each hero’s’ ultimate charge. Keeping track of ultimate advantage is key in Overwatch—teams are trying to build up and implement major ultimate combinations, say, Zarya’s graviton surge and D.Va’s self destruct, to wipe the enemy team in important fights. Teams are actively setting up for these big plays with ultimates, so keep an eye on that counter.

Overwatch tournaments will also have a kill feed displayed in the top right hand corner of the screen. It’s hard for in-game observers to capture everything that goes on in Overwatch, which makes the kill feed essential. Overwatch’s ultimate counter puts a big red ‘X’ over heroes that die, but the kill feed tells you exactly who killed them.

Alternatively, listen closely to the casters. To really understand why players are setting up the way they are, it’s important to be familiar with Overwatch’s heroes—and there’s 23 of them, so it’s not easy to keep up, especially without in-game stat tracking. Playing more will help you with that in-game sense of figuring out how long it takes to respawn, understanding why the team holds at a certain choke point, or learning the meta.

Overwatch, in its current state, favors lots of tanks. Reinhardt, D.Va, and Zarya are all staples in the game’s meta. If there’s a fourth tank, it’s Winston or Roadhog. For quad tank lineups, teams favor two healers alongside the tanks—Ana or Lúcio. Some teams swap in Zenyatta, while Mercy and Symmetra are seen much more situationally, if at all.

Teams running triple tank will swap out one of their tanks for a DPS hero—likely Soldier: 76, as he counters a lot, does tons of damage, and can heal himself and teammates. Combined with Ana’s nanoboost ultimate, he’s very dangerous.

Dive compositions in Overwatch are used to break past choke points on some of the game’s maps. Though the triple/quad tank is prevalent in North American and European Overwatch teams, dive compositions are still viable on offense. Mobility is key here. Winston is likely the main tank in traditional dive compositions because of his ability to engage. D.Va has nice mobility, as does Tracer, Lúcio, and Genji.

You’ll see four different game modes in competitive Overwatch play: Escort, assault, control, and hybrid. At Blizzard-sponsored events, the map pool is preset and planned out by the organizers—something that professional players aren’t particularly happy about. Many professional Overwatch teams would prefer a map drafting system—where certain maps can be banned out—to add some depth and strategy to a different aspect of the game.

Escort maps are centered on moving a payload to a specific point, with progress markers along the way. One team is on the offensive, while the other team defends. Hitting a progress marker along the route refreshes the time limit. Escort maps in Overwatch are Watchpoint: Gibraltar, Dorado, and Route 66.

Hanamura, Temple of Anubis, and Volskaya Industries are assault maps, meaning one team will be on the offense trying to capture a point while the other defends those points.

Hybrid maps begin as assault games, and once the point is captured, they turn to escort games. King’s Row, Numbani, Hollywood, and Eichenwalde fall into the hybrid category.

For control maps, Lijiang Tower, Nepal, Oasis, and Ilios, both teams are attacking and defending depending on the situation. Both teams will attempt to capture the point. Once it’s captured, it must be defended while progress is built up to 100 percent. Control can be lost at any point in the game, and the first team to 100 percent wins.

Dominant players and teams will change as Overwatch continues to evolve as a game and as an esport. We’ll continue updating this article to keep you up to date on everything you need to know as an Overwatch esports fan.