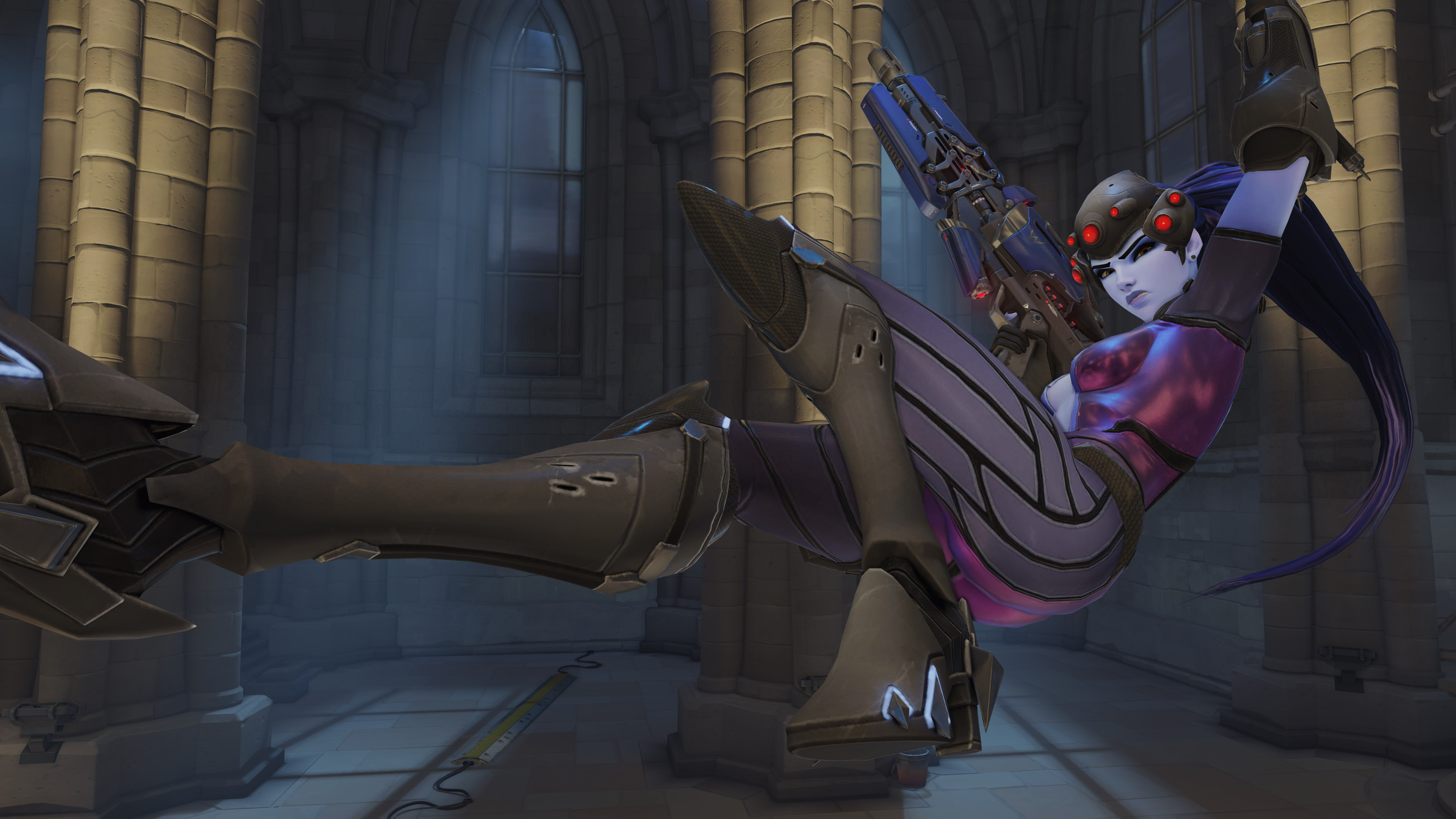 With another weekend down, another two days of Overwatch Contenders in North America and Europe are in the books.

Of course, North America had three days of Overwatch play—Europe will be spread across three days next weekend. Overwatch Contenders brought new compositions (Thanks, Doomfist!) alongside a wealth of ridiculous Widowmaker shots.

Related: Doomfist is ushering in a new Overwatch meta

In week three, it was FaZe Clan, EnVision, FNRGFE, Team EnVyUs, and Rogue that came out ahead on the North American side. Over in Europe, 123, Cloud9, Misfits, and Gigantti rose to the top.

Each team had moments of brilliance and expert-level skill, but some players simply stood out above the rest. Here are five of the weekend’s top plays.

Despite Reinhardt player Christian “cocco” Jonsson falling during EnVyUs’ first push, EnVyUs kept pushing forward. EnVyUs racked up enough ultimate charge to step through the choke point with an Ana and McCree combo—the Nano Boosted Deadeye—to take out three Kungarna players in quick succession. Kungarna’s Reinhardt is next, and there’s nothing the team can do to stop the aggressive EnVyUs team. And because EnVyUs had previously full held Kungarna on their attack, EnVyUs only had to capture past the second tick to win the map.

GamersOrigin’s Jeremy “Hqrdest” Danton, on Tracer, made an attempt to duel Team Gigantti’s Widowmaker, Jiri “LiNkzr” Masalin, during the hangar phase of Watchpoint: Gibraltar—and it didn’t go well for Hqrdest.

After doing some zipping around, Hqrdest pushed LiNkzr out of his high-ground position, but he ultimately ended up with a flick shot right to the face. The Gigantti Widowmaker player’s spider senses seemed to be tingling as he set his sights on an empty hallway. Because in moments, Hqrdest’s Tracer appeared, and within seconds, was eliminated.

Kungarna Tracer player Michael “mykL” Padilla is hiding from Taimou’s Widowmaker, but he can’t escape the EnVyUs DPS. He knew that mykL would eventually peek—so he waited. And when he does, it’s just one quick flick from Taimou to take mykL out.

Taimou continued to do damage on Widowmaker long enough for mykL to return to battle. With another flick, Tracer’s out again. We think it’s safe to say that Taimou has it out for Tracer.

It’s not only Tracer players that should fear Widowmaker. When Immortals support player Park “KariV” Young Seo queues up as the hero, Genji players should shake in their boots, too. During Immortals’ Overwatch Contenders match against FaZe Clan, KariV picked up Widowmaker on Immortals’ King’s Row attack, hoping to pick up some quick kills and create space for the Immortals team to move in.

FaZe Clan’s Genji player noticed KariV sniping from the corner and moved in to take him out. And he almost did—KariV was knocked down to just a sliver of health when he sniped the Genji player while using Widowmaker’s Grappling Hook.

KariV snipes once again, this time with Zenyatta

It might seem like a weird decision to put your support player on Widowmaker, but when they’re as good as KariV, it makes sense. During Immortals’ match against Rogue, KariV stuck with his traditional support heroes, using Zenyatta. But even though he wasn’t on Widowmaker, he sniped like he was.

Just as in the Widowmaker play, KariV was caught off guard by the enemy player—this time, Rogue’s Tracer player Terrence “SoOn” Tarlier. SoOn managed to sneak into Immortals’ backline, but KariV was there to stop him. A lesser player likely would have fallen to SoOn’s Tracer, but like with Genji, KariV rallied, despite grasping onto a sliver of health, to land a clutch headshot on the Tracer.

Not a good day for Tracer players, huh?

Overwatch Contenders continues next week on Sept. 8 with a full day of European Overwatch. Tournament play continues through Sept. 10 for both regions. The six week regular season will pass the halfway point next weekend, and time’s running out to nab a slot in the playoffs.