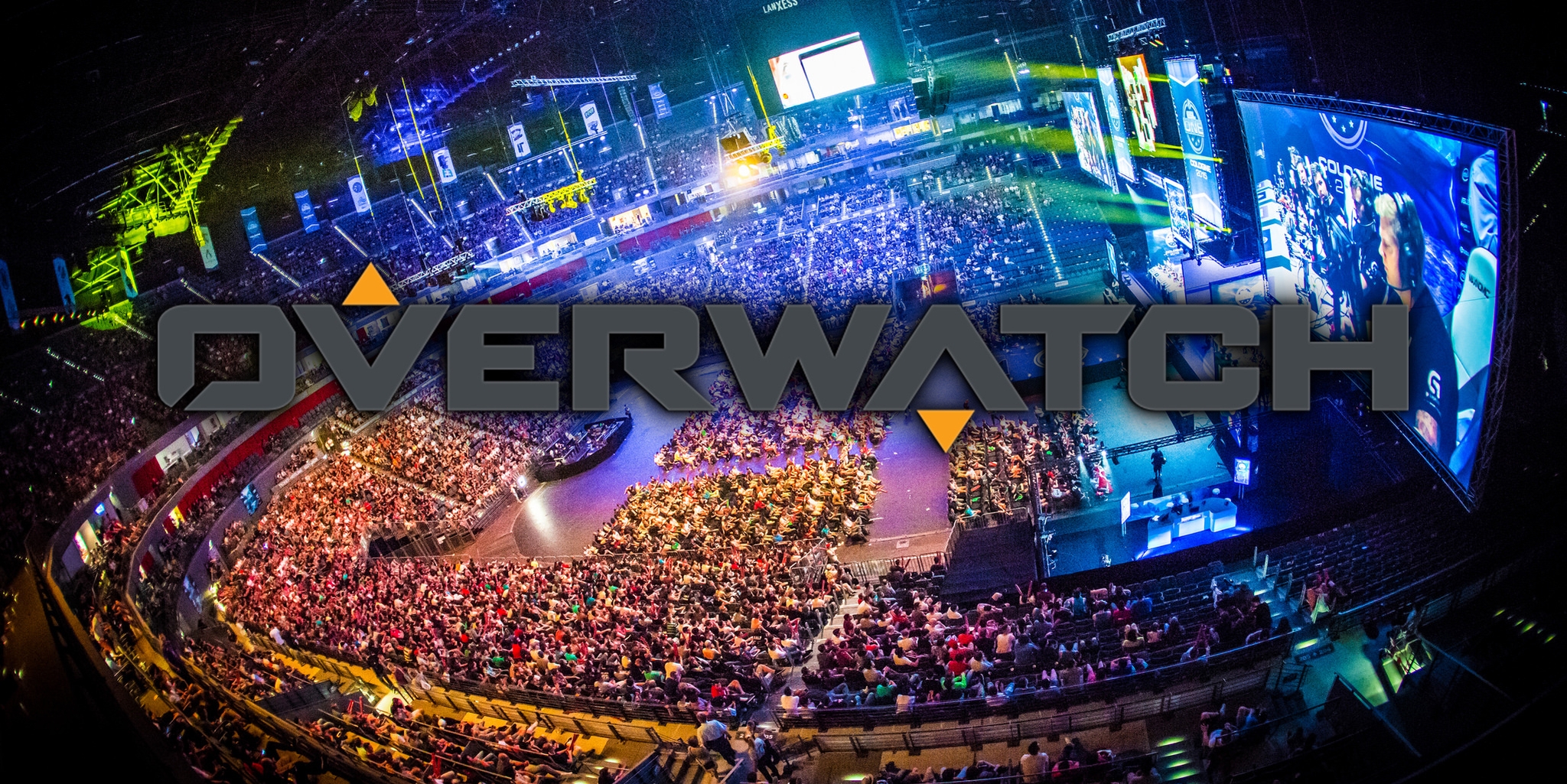 The biggest tournament in Overwatch history starts today, and $100,000 is on the line.

Eight of the best teams from North America and Europe will battle at the ESL Atlantic Showdown at Gamescom. This is the first major international live event in Overwatch’s short history as a competitive title, and the first real look at Overwatch’s top teams and players competing in a LAN environment. The tournament opens with two four-team groups on Saturday at 4am EDT. The top two teams from each group will advance to the playoffs on Sunday, leading into an explosive finale.

If you’re new to Overwatch’s growing competitive scene and don’t know what to look for this weekend, or you just want to know a bit more about the teams, we’ve got you covered. These are the eight squads who will challenge for the first international Overwatch title in Cologne, Germany.

The easy tournament favorite, EnVyUs are the best team in Overwatch right now. Built from a merger between American superstar Ronnie “Talespin” DuPree and most of the legendary IDDQD lineup that posted a 60-plus game win streak during the closed beta. The current EnVyUs may drop games to teams like Cloud9 now and then, but they’re now on a series win streak nearly matching IDDQD’s number. Their last match loss came on June 11 against REUNITED, but that hardly counts considering it was played on the European server and the entire EnVyUs squad had already relocated to their organization’s gaming house in the U.S. after signing with the org in April.

Not only does EnVyUs feature what may be the most skilled lineup in Overwatch, they’ve also put in the most effort, the first team in the western scene to take advantage of a gaming house setup. It would take a monumental upset for another team to walk away as champions. That said, every team will be gunning for them, and Europe’s contenders will want to prove they’re better than the players who left their continent to represent another region. The bigger they are, the harder they fall, as they say, but it seems unlikely EnVyUs will fall any time soon.

The 22-year-old hitscan wizard Taimou enters Gamescom as one of the most feared players in the game, but also one with plenty to prove. The Finnish player has been plagued by cheating accusations since the closed beta, and Gamescom is the stage where he could finally quell his doubters with a standout performance.

The newest team to reach the elite level of Europe’s Overwatch circuit, Misfits became championship contender after adding Danish youngster Nikolaj “Zaprey” Ian Moyes to man McCree and swapping Team Fortress 2 veteran Sebastian “Zebbosai” Olsson to a support shot calling role. Since then Misfits have become one of Europe’s most consistent performers, immune to the struggles with meta shifts, like REUNITED, and playing a more resilient style than the ups and downs of Rogue. That’s allowed them to win important events like the first qualifier for ELEAGUE and FaceIt’s Overwatch Open.

But while they consistently play like a contender, it sometimes feels like they don’t have the extra gear to take them over the top when their foes are pulling together an inspired performance. Entering Gamescom they’re the only European team who did not bootcamp before the event, so if that helps their peers put together their best performances, Misfits may be in trouble.

While their two Swedish support players Zebbosai and Andreas “Nevix” Karlsson, who held two accounts at the top of the Competitive Play ladder for most of the season, may be the backbone of the team, the 17-year-old McCree player Zaprey is the key carry.

One of the hottest teams entering the tournament, Fnatic’s performance has improved with every passing day since they inked their deal with one of esports’ biggest organizations. The team features so much talent they’re able to place Matthew “Coolmatt69” Iorio on the flex position despite him proving to be one of the top hitscan players in America during the closed beta.

That lead to wins over Team SoloMid (now compLexity) and taking Cloud9 to the wire in a close five-game series in the main Gamescom qualifier.

While they wear the orange and black of one of esports’ most famous brands, Fnatic has yet to establish themselves as a true title contender, maintaining a low profile before their signing. Gamescom should be their coming out party. The players have plenty of experience and plenty of talent, and it feels like they’re peaking at the right time.

The Swedish superstar may be the most dominating hitscan player in Overwatch. He’s capable of completely dominating a match by himself with strings of ridiculous headshots on McCree or Tracer.

Known as Creation eSports until two days before Gamescom, the new Dignitas boys may deserve to rank among Europe’s elite, but if any team is an underdog in Cologne, it’s them.

The lineup features a mix of nationalities and various background of competitive gaming, with their core three players coming from Dirty Bomb legends Planetkey Dynamics and their tank, Seb “numlocked” Barton, a former League of Legends pro and legend himself in Team Fortress 2.

The team managed to take out Rogue in the Acer Pro Challenge, a bit of a grudge match after Rogue signed away their support, Jean-Louis “KnOxXx” Boyer, but since then their results aren’t pretty, losing to Misfits, Rogue, Luminosity Gaming, and WEUNITED in each of four straight qualifiers to fail to secure a direct berth into the Overwatch Open regional. Those last two teams are squads you’d expect a contender to beat. Since then, Dignitas has bootcamped ahead of Gamescom, and they certainly need a boost if they hope to challenge for a title in Cologne.

While it’s easy to label carry players like Jiri “LiNkz” Masalin and Artur “art1er” Bischof as the easy playmakers, you’ve got to give some credit to the main tanks sometimes. Numlocked has transferred his playmaking ability in Team Fortress 2 to Overwatch and serves as the team’s main caller. His live tourney experience in both Team Fortress 2 and League of Legends, and leadership, will be required for Dignitas to have a standout showing.

One of Europe’s top teams dating back to the closed beta, REUNITED entered Overwatch with their eyes set on building pro gaming careers after years of dominating the esports scenes of games like Firefall and Battlefield 4 under the Fnatic banner. Lead by the stalwart McCree play of Henrik-William “Vallutaja” Kinks, REUNITED has consistently ranked among Europe’s best.

Though their performance seems to drop whenever a patch shifts the metagame, heading into Gamescom, they’re playing like Europe’s best team, their last loss coming against Rogue over 20 days ago in July. They’re comfortable in the current Zenyatta meta, and after an extensive bootcamp they’ll be ready for all comers.

Unlike every other team at the event, who are signed to play for different esports organizations, REUNITED is owned by the players themselves, making the stakes even higher.

The first player from a pro team directly scouted and recruited from the Competitive Player ladder, the 17-year-old Kyb will compete at a live tournament for the first time ever. His Genji and Reaper play have impressed for REUNITED online, but the youngster must show the bright lights and stage aren’t too big for him at Gamescom, especially in a meta heavily featuring the mobile ninja.

The best team in North America during the closed beta, Cloud9 lost their supremacy when EnVyUs moved into town, but that doesn’t mean they aren’t favorites to top their group. The American side features one of the most stable lineups in the tournament, locked in since the closed beta, and with good reason: while they’ve been challenged by teams like NRG eSports, compLexity, and Fnatic, none of them have been able to consistently take them down.

Cloud9 feature a mix of incredibly talented carry players and tanks who create the space they need to make plays and win matches. The team was infamous for their double Winston play before the return of hero limits, but they’ve proven flexible and talented enough to succeed in many different metas.

The team showed they can win on LAN at Agents Rising a week after Overwatch’s release, but the competition level at Gamescom is much higher. It’d be an upset if Cloud9 fails to make it out of their group, but not a particularly surprising one considering how teams like compLexity have nipped at their heels.

The Canadian player could be the most electric fragger in Overwatch. The original Genji main, he popularized the hero in the early closed beta before showing he’s also a monster on hitscan weapons like Tracer and McCree. Even as his partner in crime Derrick “Reaver” Nowicki has slumped in the post-Widowmaker world, Surefour continues to consistently carry matches against the highest competition.

The North American team was ousted from Team SoloMid after the cheating accusations surrounding their two carry players Jake “torkTJO” Lepoff and Nicolas “NicolasTJO” Aubin proved too much for TSM, but compLexity seems confident that their team will prove their talent this weekend with the world watching.

After what happened with Team SoloMid, compLexity has a lot to prove this weekend. The team has put together impressive results online, beating Cloud9 in multiple tournaments, but have failed to even dent EnVyUs in multiple chances.

There’s a lot on the line for the two TJO players, who are trying to move past their checkered past. A solid third-place finish at Agents Rising wasn’t enough to clean the slate, so they’ll be hungry for a strong Gamescom showing to help legitimize their success. CompLexity has the tools to do it, especially considering in many ways their recent run of play wasn’t directly thanks to standout play from the carry players. Don’t be surprised if they make it out of the group over their European challengers.

The flex players often do the dirty work, and former Team Fortress 2 pro Harbleu isn’t afraid to muck it up. He plays the flex role more like a real carry, using heroes like Roadhog to actively search for openings to score the picks that win games. While Roadhog may not ride free in the Zenyatta meta, it’s still a valid weapon on many maps, and Ballo has the versatility to make plays on heroes like Zarya when needed.

On any given day, Rogue might play like the best team in the world. The problem is they can’t seem to play at that level consistently. The team seems to prefer a mad fragging style, favoring their individual skill over teamwork or coordination. They’re unafraid to play heroes and compositions they think are effective instead of conforming to the accepted meta. It’s no surprise that leads to sometimes puzzling results, but it also makes them one of the most dangerous teams at the event.

The team bootcamped in Katowice, Poland to prepare for the event, and if they used their time wisely, they just might find the consistency to take home Overwatch’s biggest prize yet.

During the closed beta the Swedish dynamo was often labelled the best player in Overwatch thanks to his proficiency on every hero in the game and mad fragging power, though it’s tougher to make that claim these days. That said, TviQ is one of those special players who pulls off plays other players wouldn’t dream of attempting. That might get him into trouble at times, but it sure is fun to watch.