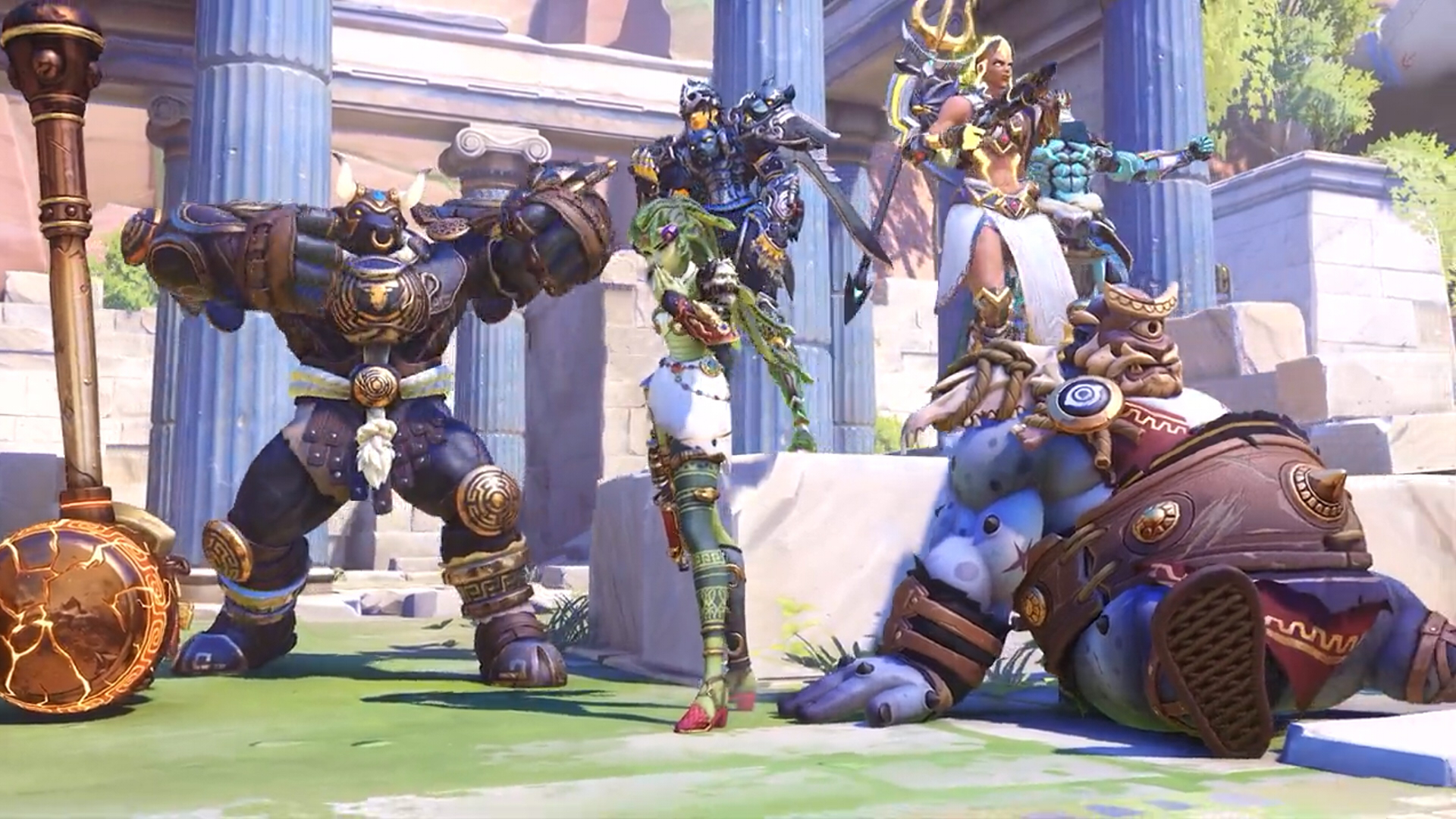 Blizzard Entertainment pulled back the curtain on Overwatch 2’s second season today, revealing a new map, a new Mythic skin, and much more.

Blizzard showcased some of the biggest information about season two in a jam-packed trailer posted to Twitter this afternoon. Season two, which will feature the release of new hero Ramattra, will also see the release of the new map Shambali. The map looks to be either a hybrid or escort map since the trailer showed one team pushing a payload; it also looks similar to the existing Nepal control map.

Like with season one, season two will focus around a central theme for its battle pass and shop cosmetics. Season two’s theme is Greek mythology, with Reinhardt, Pharah, Widowmaker, Roadhog, Ramattra, and more receiving mythology-inspired skins. Junker Queen will be the recipient of season two’s Mythic skin, Zeus, which gives her a variety of customizable color schemes and hairstyles.

In keeping with the Greek mythology theme, players will be able to try out a new limited-time mode called Battle for Olympus. While the mode doesn’t release until Jan. 5 and very few details about it were revealed in the trailer, it looks to give players a new way to take on enemies. The featured map was, of course, Ilios, one of the game’s Greek-inspired maps, but it looks to have a twist with a new statue.

Prior to the start of Battle for Olympus, Overwatch 2 will also receive its usual assortment of holiday modes and cosmetics, including plenty of wintry skins. While Mei’s Snowball Offensive, the traditional Winter Wonderland limited-time mode, was not mentioned by name, it will likely return sometime around Christmas, as Junkenstein’s Revenge did during Halloween Terror.