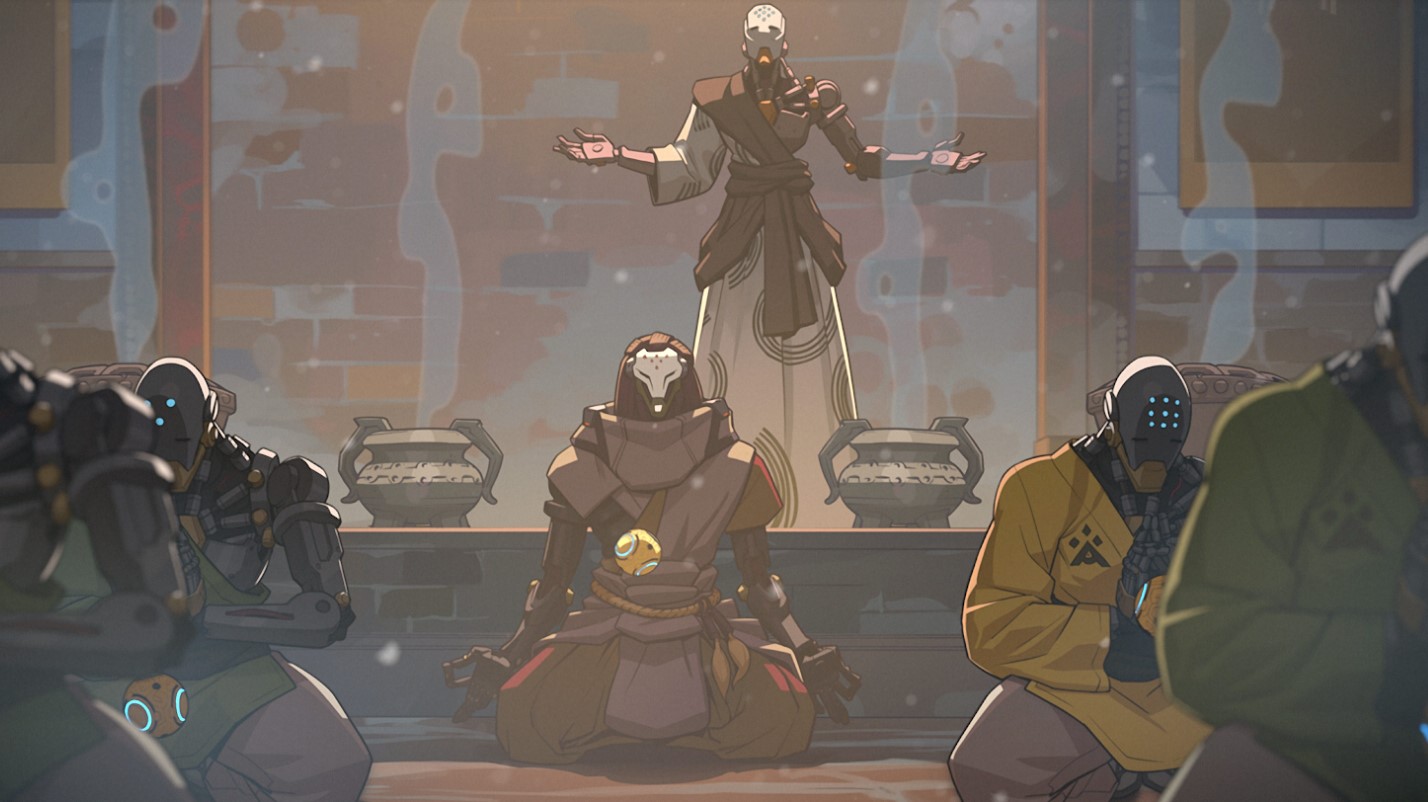 In a press Q&A session, the Overwatch 2 development team at Blizzard Entertainment revealed that Ramattra’s lore is closely intertwined with Zenyatta’s. The two worked together as part of the Shambali, an omnic order of monks led by the deceased Mondatta. While Zenyatta embraced a life of peace and thoughtfulness, Ramattra grew frustrated with humanity’s continued actions against omnics and impatient at how long the path to peace was taking. Their ideals eventually split, with Ramattra forming Null Sector and diverging from the Shambali’s principles.

During the Q&A session, the dev team shared that Ramattra and Zenyatta will have plenty of interactions and back-and-forth voice lines that will give players more insight into their relationship. Blizzard plans to use him not only to answer some long-held lore questions but as a vehicle to deliver more Zenyatta lore, too. The dev team made it clear that people who are hungry for Zenyatta lore will get it with Ramattra.

“Give Zenyatta lore” has been a running meme in the community since the early days of the original Overwatch. While most of the game’s heroes received short stories, videos, and other supporting lore materials to further their stories, in contrast, Zenyatta frequently appeared to be left out, leading the community to beg Blizzard for more stories about the monk.

With Ramattra’s release on the horizon—he’ll be arriving with season two on Dec. 6—it looks like Zenyatta fans who’ve been hungering for lore won’t have to wait much longer.